AIMark makes use of various vendor SDKs to implement the benchmarks. This means that the end-results really aren’t a proper apples-to-apples comparison, however it represents an approach that actually will be used by some vendors in their in-house applications or even some rare third-party app. 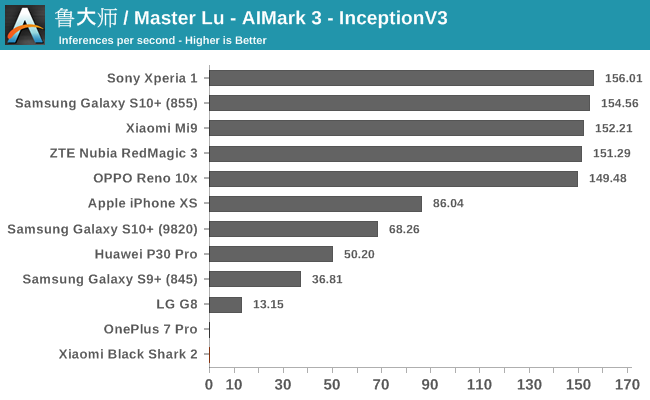 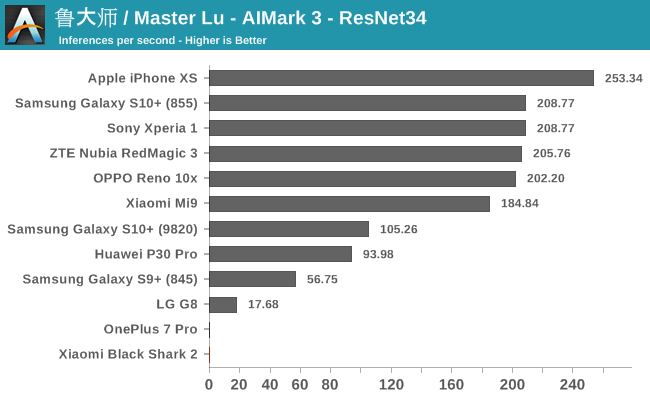 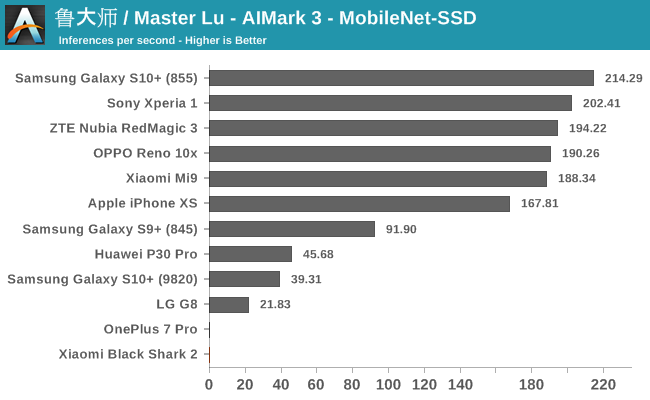 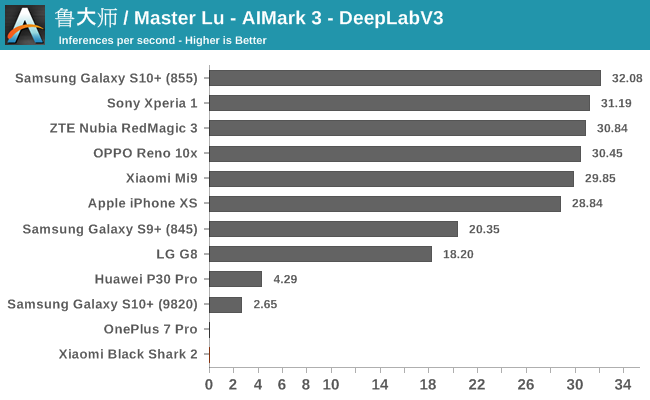 Unfortunately for the Black Shark 2, the devices lacked the proper drivers to properly run AIMark, and the benchmark repeatedly crashed upon starting the benchmarks. We had the same issue on the OnePlus 7 Pro, pointing out to some software incompatibility.

AIBenchmark takes a different approach to benchmarking. Here the test uses the hardware agnostic NNAPI in order to accelerate inferencing, meaning it doesn’t use any proprietary aspects of a given hardware except for the drivers that actually enable the abstraction between software and hardware. This approach is more apples-to-apples, but also means that we can’t do cross-platform comparisons, like testing iPhones.

We’re publishing one-shot inference times. The difference here to sustained performance inference times is that these figures have more timing overhead on the part of the software stack from initialising the test to actually executing the computation.

We’re segregating the AIBenchmark scores by execution block, starting off with the regular CPU workloads that simply use TensorFlow libraries and do not attempt to run on specialized hardware blocks. 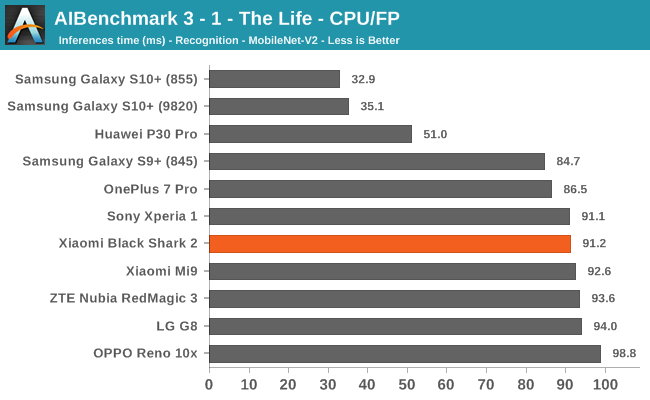 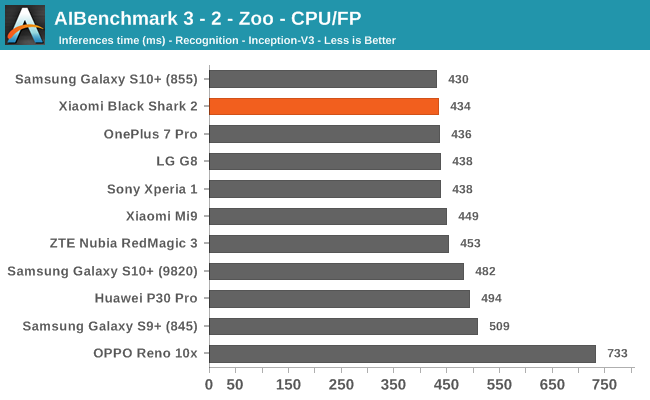 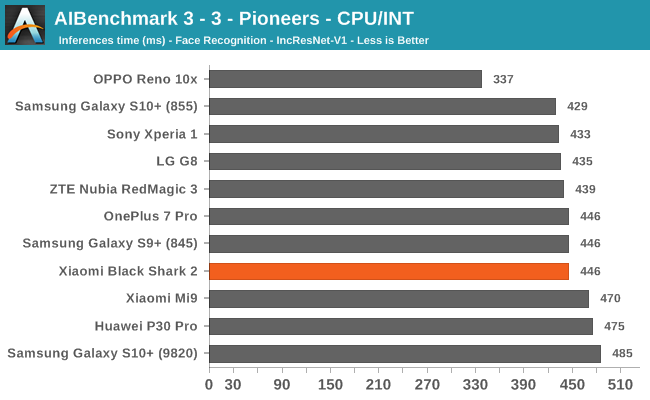 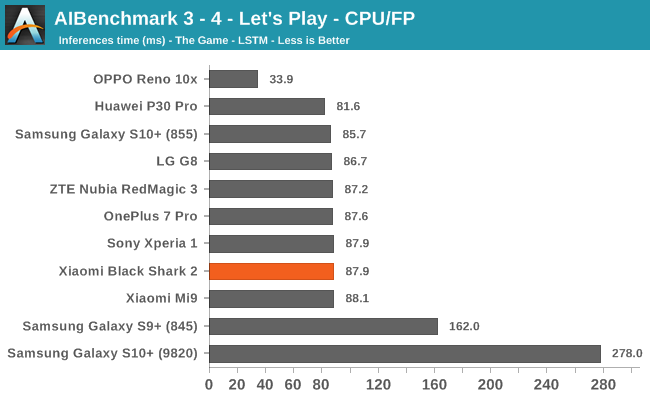 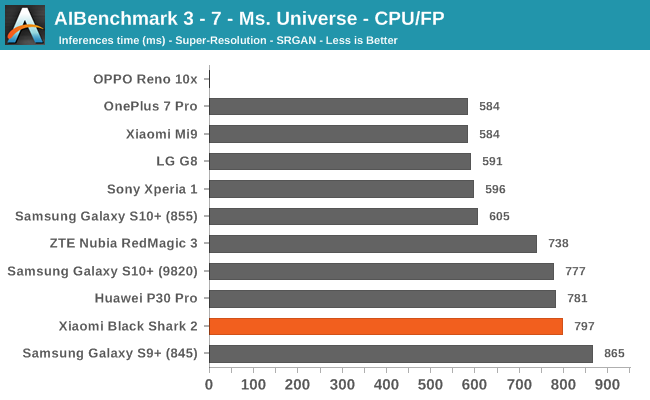 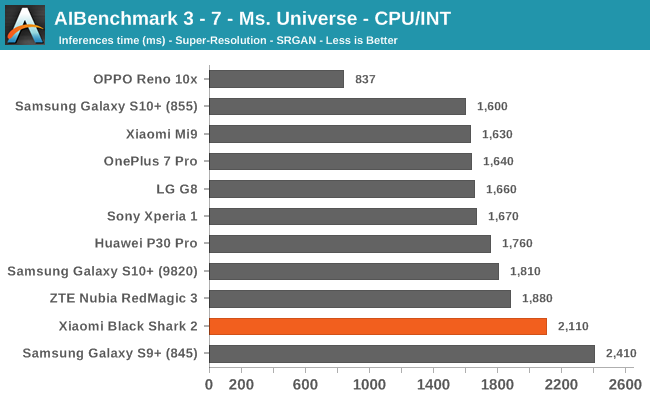 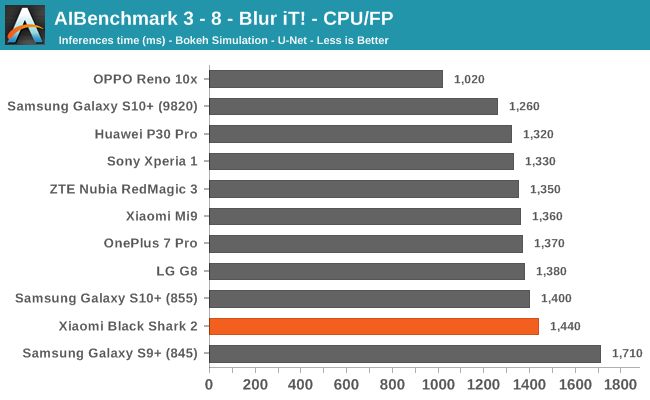 In AI Benchmark’s CPU workloads, the Black Shark 2 ends up with a bit of a odd spread of scores. In the shorter running benchmarks the phone is getting relatively average inference times, while on the longer running tests for some reason the BS2 falls behind other S855 devices. In fact it looks like the BS2 is landing as amongst the worse off S855 devices in the latter listed tests. 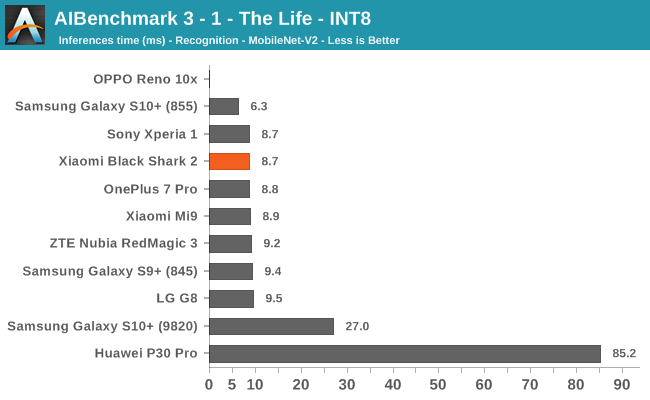 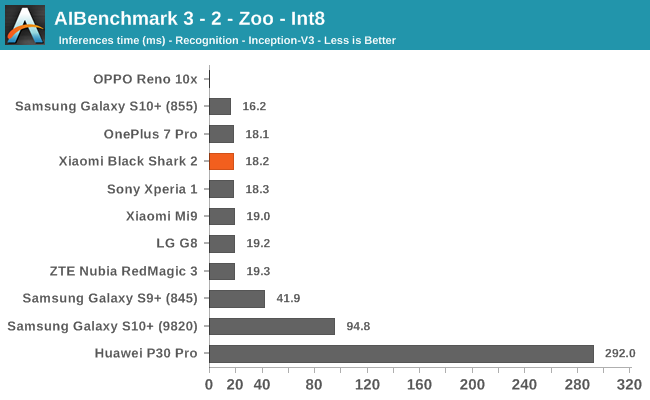 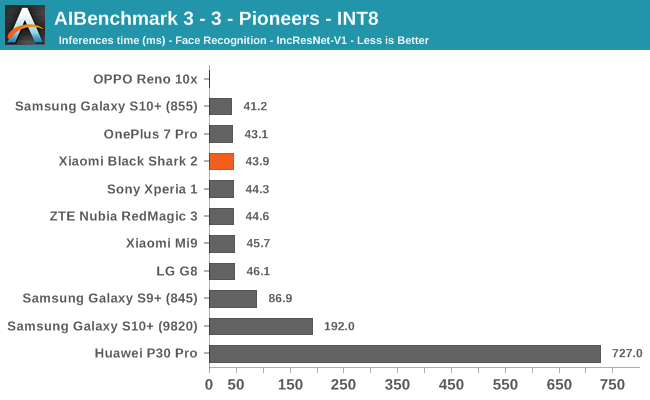 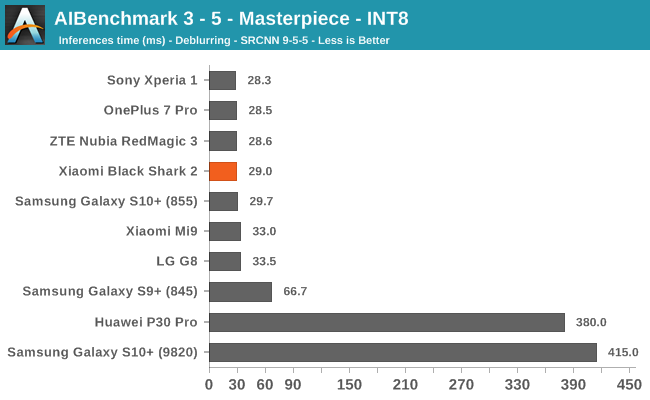 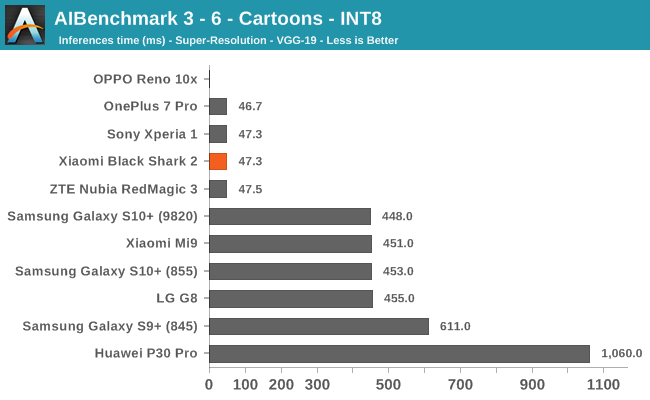 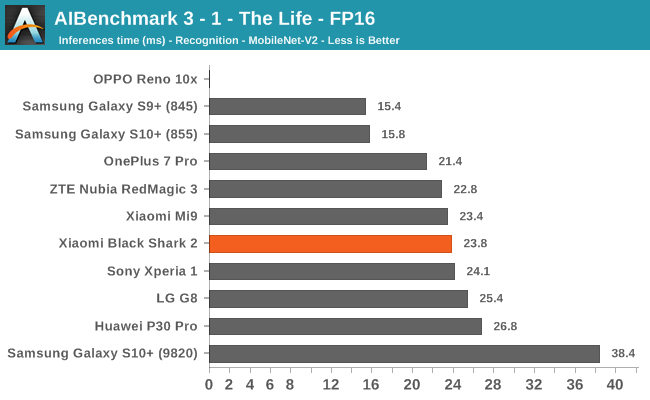 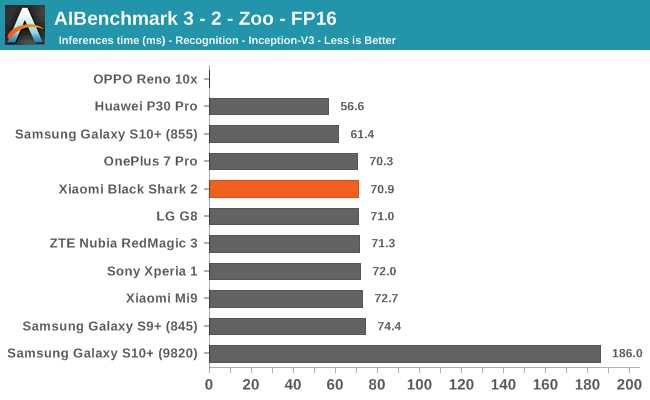 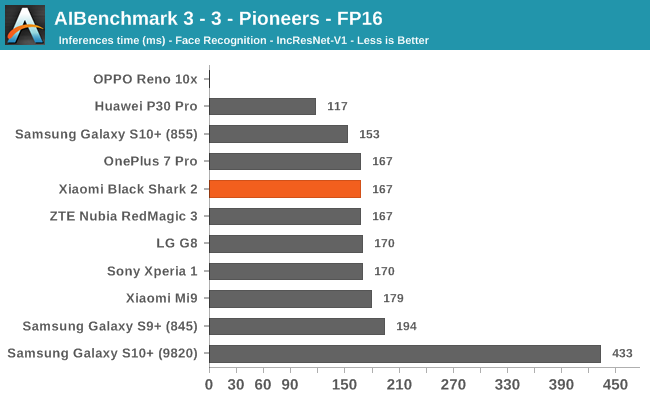 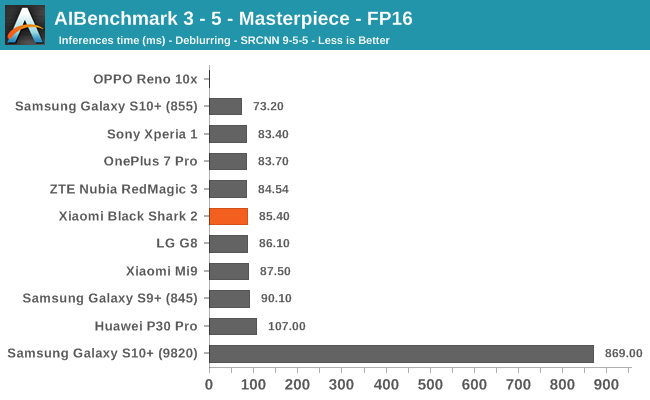 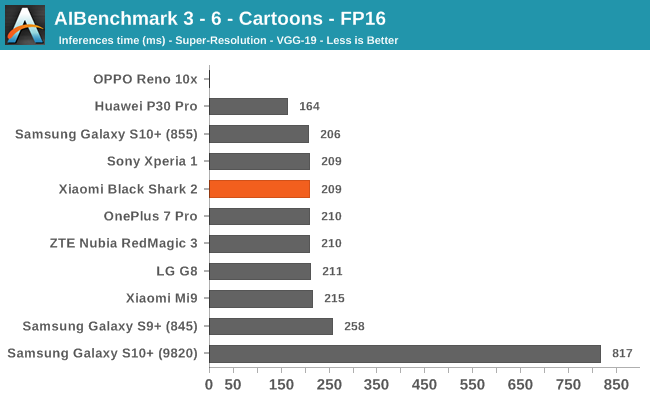 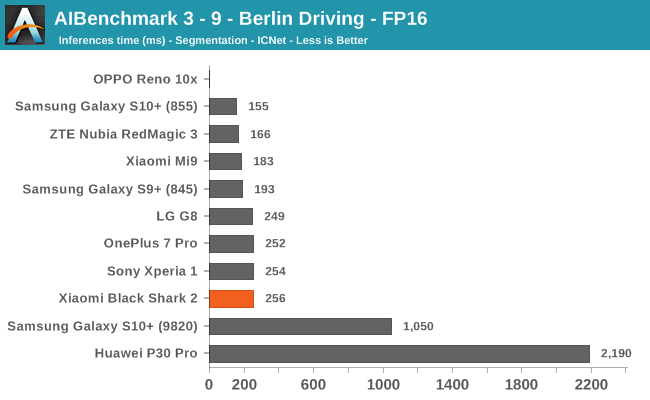 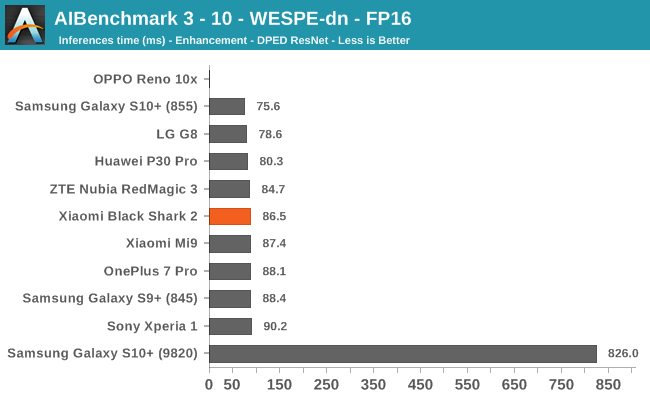 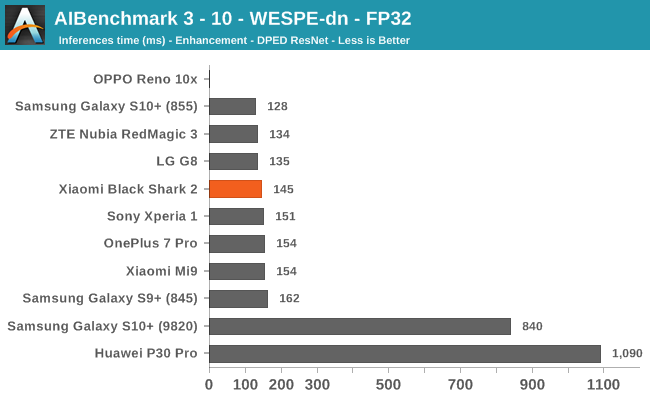 In the INT8, FP16 and FP32 accelerated tests which make use of acceleration blocks such as the Hexagon DSP and the GPU, we see the Black Shark 2 perform very well and in line with other Snapdragon 855 devices.

Overall, the Black Shark 2 is a good performer in the machine learning inferencing benchmarks, but like other devices, it’s not quite the very best in every regard, pointing out that the vendor could have improved upon its performance by keeping the software stack more up to date with what Qualcomm is offering, a widespread issue that I expect to persist over the next years as the ecosystem quickly evolves.