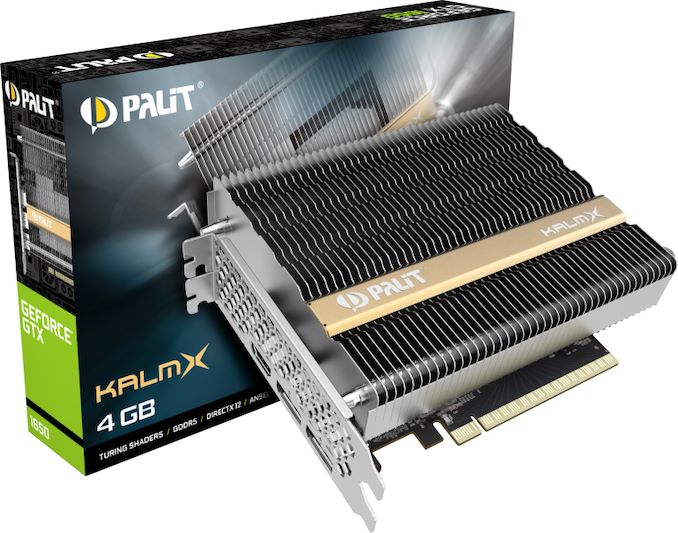 Passively-cooled video cards are rather rare these days, as the bulk of the market has made peace with today's dual fan actively cooled cards. Luckily, there are a still a few companies releasing passive designs, such as Palit Microsystems, who has introduced its fanless GeForce GTX 1650 KalmX.

The Palit GeForce GTX 1650 KalmX (NE5165001BG1-1170H) uses a custom PCB and comes with a sizable passive cooling solution. The double-wide heatsink incorporates a pair of heatpipes, and is considerably taller than the card as well. All told, with the heatsink factored in, the card measures 178 mm long and is 138 mm high. And unsurprisingly, given the strict thermal limitations in play, Palit is playing things conservatively here, and the card runs at NVIDIA official GTX 1650 reference clockspeeds of 1485 MHz/1665 MHz (base/boost). 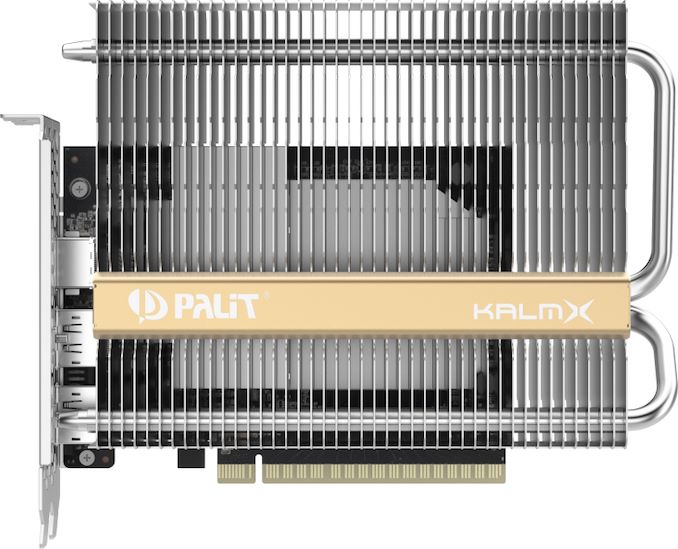 Officially, Palit rates the card for a TDP of 75W; and judging from what we've seen with other GTX 1650 cards, that's probably a bit conservative as well. Which is all the better for Palit, since it makes their job of passively cooling the video card all the easier. The other upside of being a sub-75W card is that an auxiliary PCIe power plug isn't required, so the card can be dropped into a system and immediately used with no further internal wiring. 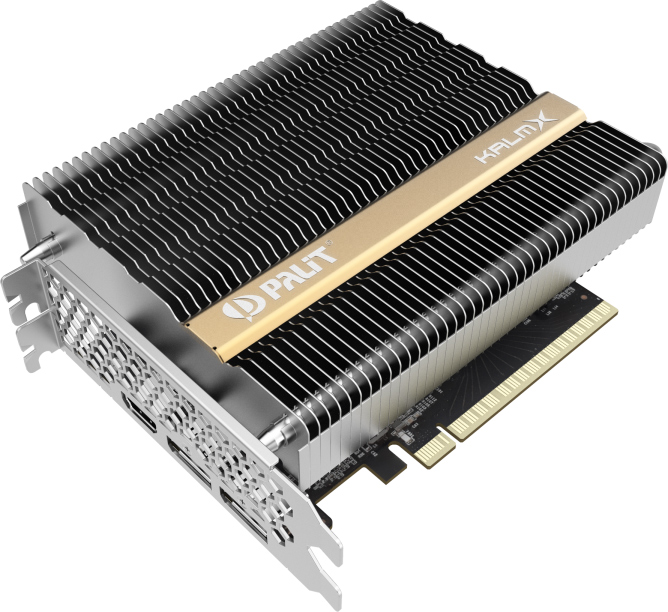 Palit has not revealed an MSRP for the GeForce GTX 1650 KalmX. NVIDIA’s regular MSRP for the GTX 1650 ($149), though I wouldn't be too surprised to see Palit charge a premium for a unique, passively-cooled card. 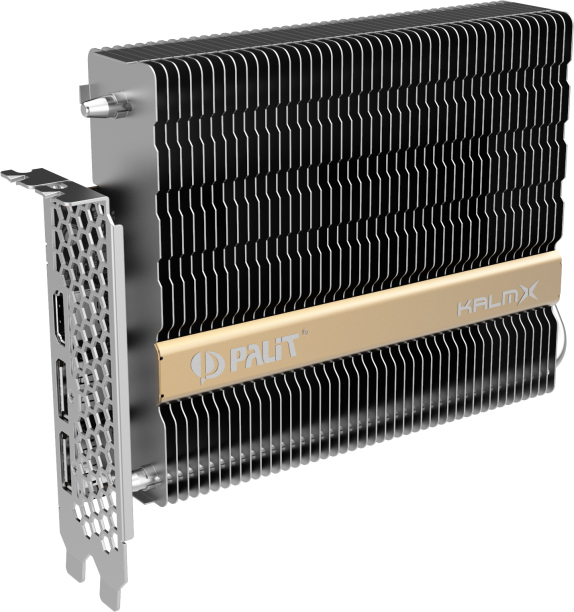