Today Honor completed its Chinese launch of the new Honor 30 series of smartphones, adding three new devices to its premium to flagship line-up of devices. All the new phones are 5G capable and inherit the leading edge custom RYYB camera sensors from Sony that made Huawei devices stand out from the crowd – all in new sleek designs that significantly raises Honor build quality compared to previous generations.

Starting off with the regular Honor 30, the biggest surprise here in terms of the specifications is the fact that this is a phone powered by the new Kirin 985 chipset, making this the first public showing of the new silicon. Similar to the Kirin 980 in capabilities, it’s very much a completely new design that fits in-between the two flagship generations in terms of its capabilities. For the first time HiSilicon is launching a similar 1+3+4 CPU configuration as first seen in Qualcomm chipsets such as the Snapdragon 855 last year, with the core configuration in this case being 1x A76 at 2.58GHz + 3x A76 @ 2.4GHz and 4x A55’s at 1.84GHz. Whilst the CPU generation hasn’t been updated, the GPU saw a bigger change as we’re now seeing a Mali-G77 powering the SoC – also a first for a HiSilicon SoC. We currently don’t have more detailed information on the core count or frequencies.

The new chipset is manufactured on a 7nm process node and seemingly has 5G capabilities. It’s likely HiSilicon here integrated the 5G modem into the SoC, but again we’re waiting on official confirmation on the matter.

The Honor 30 Pro and Pro+ are powered by the well-known Kirin 990 5G chipset that had been launched in the Mate 30 series last year and is also being used by the recently announced P40 phones from Huawei. 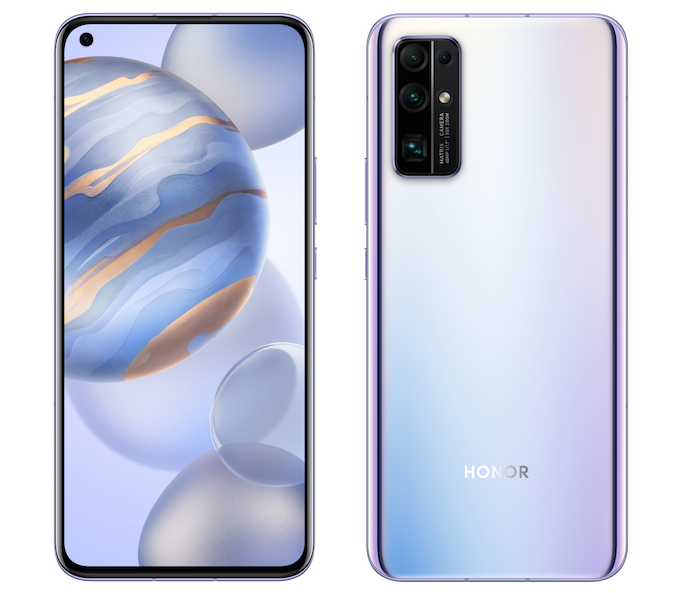 The Honor 30 is a somewhat similar design to the Honor 20 – at least from far away. We’re still looking at a flat display, which in this generation has been upgraded to OLED technology, still coming in at 6.53” and 2400 x 1080 resolution. However Honor seems to have greatly improved the build quality as the new glass sandwich design seems more seamless and smooth compared to past generation iterations.

Camera-wise, the Honor 30 sports the same main camera module as found on the P30 and Mate 30 series, the IMX600 RYYB sensor coming in at 40MP and supported by f/1.8 aperture optics and OIS. There’s a smaller 8MP ultra-wide angle module which is at the lower-end side of such modules in terms of specifications, and an extra 2MP macro unit. 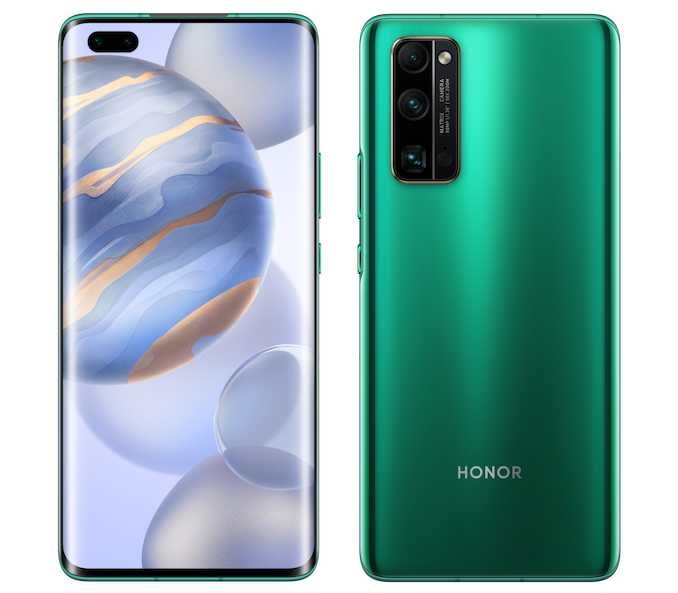 The Honor 30 Pro and Pro+ share a similar form-factor to the Honor 30, but differ in terms of the industrial design, most notably because of the usage of a curved screen. The OLED panel falls in at 6.57” and a 2340 x 1080 resolution, with the distinction that only the Pro+ model also comes with a higher 90Hz refresh rate.

The front also is characterised by a pill-shaped camera cut-out now housing two front cameras, the 32MP f/2.0 unit found on all models of the Honor 30 today, as well as an additional 8MP f/2.2 sensor module. It’s said the second sensor module is optimised for video while the high-resolution unit is meant for selfie still pictures. 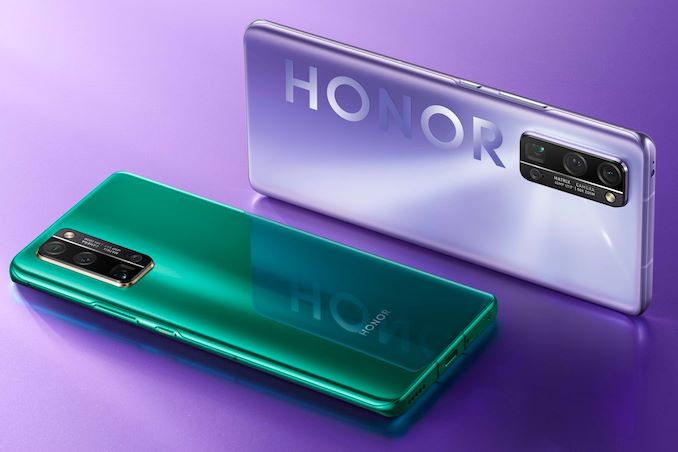