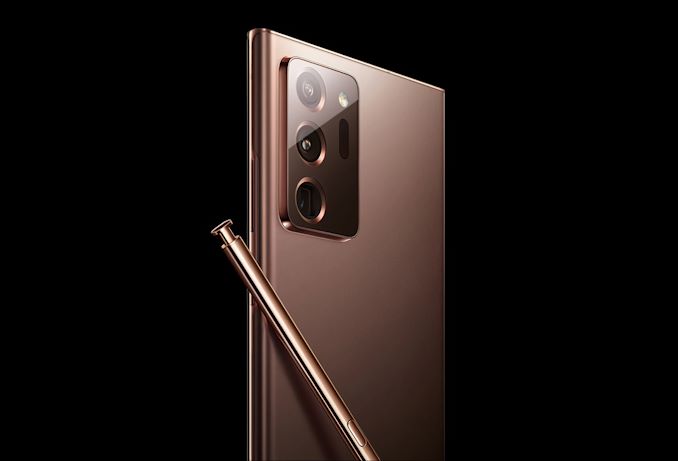 We still haven’t had any official announcements from Samsung regarding the Note20 series as of yet, expecting the company to only reveal the new phone series sometime in early to mid-August if past release dates are any indications. Yet in a surprise blunder, the company has managed to publicly upload two product images of the upcoming Note20+ or Ultra (naming uncertain) on one of its Ukrainian pages.

Whilst we usually don’t report on leaks or unofficial speculations as part of our editorial standards – a first party blunder like this is very much an exception to the rule.

The leak showcases the seemingly bigger sibling of the Note20 series as it features the full camera housing and seemingly same modules as the Galaxy S20 Ultra. There’s been a design aesthetic change as the cameras are now accentuated by a ring element around the lenses, making the modules appear more consistent with each other, even though there’s still clearly different sized lenses along with the rectangular periscope zoom module. The images showcase actual depth on the part of the ring elements, so they may extend in three dimensions.

The new gold/bronze colour also marks a return for Samsung for such a more metallic option.

We expect the Note20 series to be a minor hardware upgrade over the S20 devices, with the most defining characteristic naturally being the phone’s integrated S-Pen stylus.