What to Expect with Windows 11: A Day One Hands-On 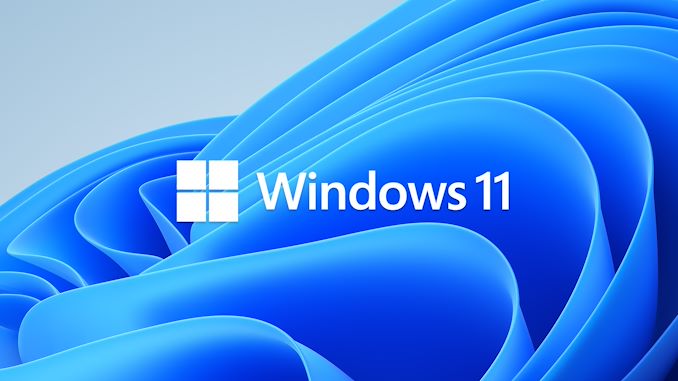 Tomorrow, Microsoft is officially launching Windows 11, the next installment of their operating system which underpins the majority of PCs in use today. Windows 10 has an install base of over 1 billion devices, and Windows 11 comes into existence in a much different place than its predecessor. After the much-maligned Windows 8 there was a sense of urgency and necessity which ushered Windows 10 into the world. Windows 11, on the other hand, comes into a market where most people are happy with Windows 10. So it raises the question: Why now?

When Windows 10 launched, it was said to be the final version of Windows, and future updates would be additive to Windows 10, rather than a new version number. But that was six years ago, and times have changed, as has the management and ownership of the Windows development team at Microsoft. For better or worse, the company has deemed that now is a good time to do a clean break again, with all of the animosity and angst that will bring to a good portion of their customers, especially businesses who may still be in the process of migrating to Windows 10.

The question is why now? What is new? Why is Microsoft choosing this moment to switch from the very successful Windows 10 and implement another upgrade cycle? Some of these questions can be answered, but others will take time.

The immediate change that everyone will notice is that Microsoft has completely revamped the user interface for Windows 11. They have apparently gotten tired of their obsession with flat, stark interfaces and moved to a much more colorful and expressive theme. 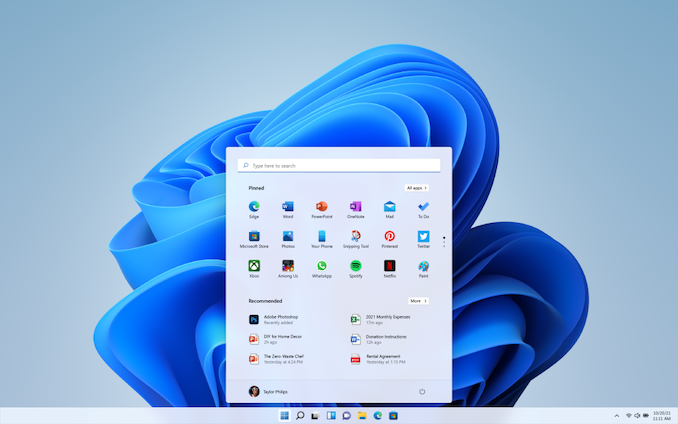 There are also major changes to the Start Menu and the taskbar. The Start Menu has ditched the live tile idea. Although a good idea on the now defunct Windows Phone platform, live tiles never really worked well on the desktop and could make it more difficult to find the application you were looking for since the icon would change. Instead, the Start Menu goes back to basic app icons, but now with the Start Menu, by default, centered in the middle of the display.

Live tiles have been replaced with Widgets and can be accessed via a Widget icon on the taskbar. Currently the selection of Widgets is only Microsoft ones, and it will be interesting to see if this expands over time. 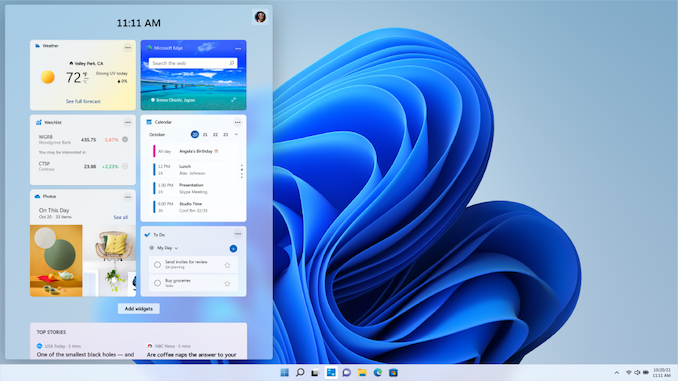 Tablet Mode is now gone as well, so if you liked to use Windows 10 in its more touch-friendly mode, you will likely be disappointed.

The taskbar also moves from a left-justified look to being centered, and when more applications are opened, the icons already on the task bar will shift to the left to keep things centered. Apps can also no longer customize areas of the taskbar.

The taskbar can also no longer be moved from the bottom of the display if you were someone who liked to slide it to one of the other sides of the screen, which will likely disappoint a lot of people. When your user base is over 1 billion, if even only 1% of users used a feature, that’s still 10 million people that used that feature.

Overall, the new user interface is clean, colorful, and breathes some new life into what had become a bit stale in Windows 10. Functionally, it is not drastically different than Windows 10, although moving the Start Menu from the bottom left corner where it has been since Windows was first Windows is a bold change. The loss of Live Tiles seems like a downgrade in functionality, but it does make the interface more consistent and easier to access the applications you are looking for, with widgets hoping to take up the slack. But, there is a surprising amount of customization and features that are being dropped.