HP Veer 4G Review - Getting Us Excited for Pre 3

We touched on the Veer when it first hit our doorstep with a this just in post, and since then I’ve been using the device daily and trying to get an understanding for where it fits in both HP’s vision for WebOS and the greater scheme of things among all smartphones. The Veer’s launch is quite honestly a puzzling one.  Usually launches are top down - launch the big flagship first, then reduced size and price ‘lite’ editions afterward that build off the flagship’s success and appeal to niches that aren’t served by the primary device either due to cost or size. For that reason, the Veer launch initially seemed a bit backwards, but factor in HP’s desire to get excitement for WebOS 2.0 started and ignite interest for the Pre 3, and things begin to make sense. 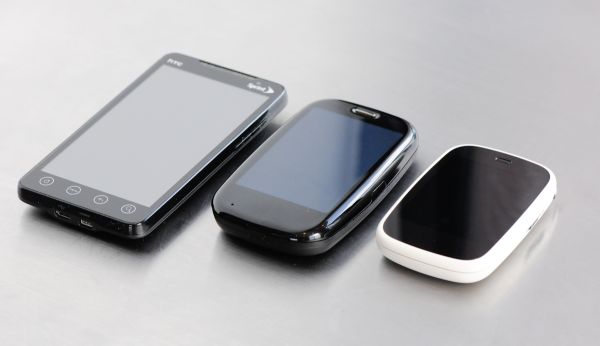 The HP Veer 4G (henceforth just Veer) is the Palm Pixi’s obvious spiritual successor. It’s refreshed with a faster SoC, better camera (but without an LED flash), WiFi, WebOS 2.0, and repackaged in a different, smaller form factor. The two bear the same exact same screen size and resolution (2.6 inch, 320x400), and both include a keyboard in a diminutive package. One of the Palm Pre’s original differentiators was the inclusion of a keyboard, and thus far every WebOS device has likewise included one. For extremely small devices, hiding a keyboard somewhere isn’t exactly an easy task. 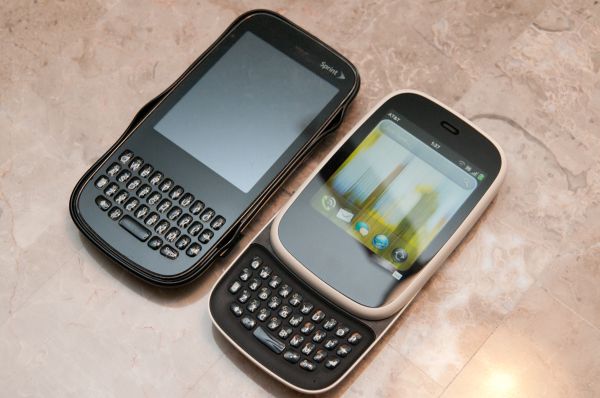 The Pixi included one by sticking it beneath the display, resulting in a long and skinny phone that ended up having a funny aspect ratio. The Veer, however, keeps a much more Palm Pre - like form factor with sliding keyboard.

If the Palm Pre full size devices could be described as feeling like smooth river rocks in the hand, the Veer is more of a pebble. It truly feels like a scaled down Palm Pre. It’s small - no, that doesn’t even do it justice. It’s downright tiny.

The Veer has an outline just smaller than that of a credit card, and hides a four-row QWERTY keyboard away in the slider and only tacks on 4.25 mm of thickness and 10.5 grams in the process compared to the Pixi.

While the overwhelming trend right now is ever increasing display size, it’s obvious that HP recognizes an unfilled niche on the other side of the spectrum for something incredibly small. There’s definitely a market for devices with pocketable size that don’t “print” with tight fitting clothing. I’m told by my female friends that having a small device that fits those criteria is a big part of smartphone shopping. That said, the Veer is still thicker than a bunch of other phones, which is perhaps an even more important criteria for female shoppers. 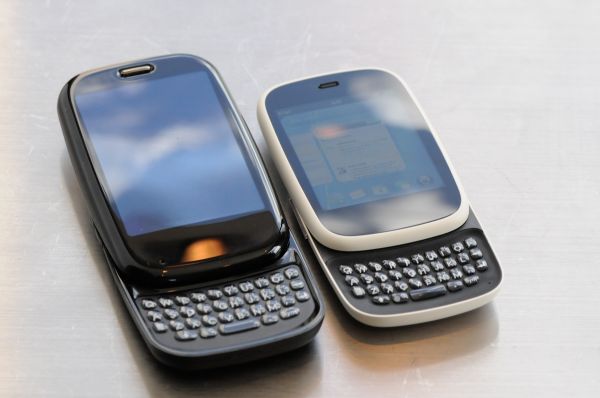 Whether the Veer goes in the front pocket or is small enough to make it into the back pocket is ultimately a matter of clothing choice and personal preference. I will say that it’s refreshing to carry something around that doesn’t weigh my pants down, though at times it’s easy to forget there’s anything in there at all when checking to make sure you’ve got keys, wallet, and phone.