The original Droid Incredible by HTC was the second Android phone I ever officially reviewed. The first was Google's Nexus One. A year ago I proudly proclaimed that the Incredible was clearly better than the Nexus One thanks to the added features HTC delivered through Sense. Since then we've seen Google improve Android tremendously. The OS has come so far in the past twelve months that I do wish more vendors would actually ship unaltered versions of it on their devices. HTC has kept up with Google's evolution, at least on some of their devices. The Sensation 4G, EVO 3D and Flyer all ship with a brand new version of the Sense UI (3.0) that actually adds some pretty neat features to the OS (e.g. the ability to launch apps from the lock screen). 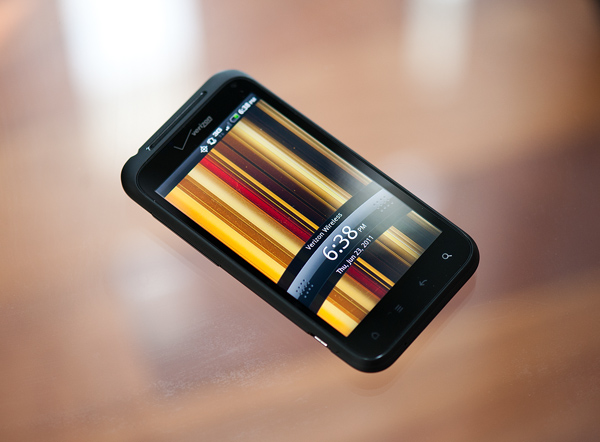 The seemingly dated software comes with similarly dated hardware, at least by today's standards. The Incredible 2 ships with Qualcomm's MSM8655 SoC. That's a 45nm SoC with a single-core 1GHz Snapdragon and an Adreno 205 GPU. The chip has 768MB of memory on package. CPU performance isn't improved compared to the original Incredible although the GPU is faster and power consumption is lower thanks to the 45nm process (the original Incredible had a 65nm QSD8650 with an Adreno 200).

While this is an upgrade from the original Incredible, HTC's high end phones these days ship with MSM8660 SoCs: the dual-core, Adreno 220 packing successor to the 8655. In a world where the past six months have been dominated by talk of NVIDIA's dual-core Tegra 2, shipping a high end single-core phone seems silly. 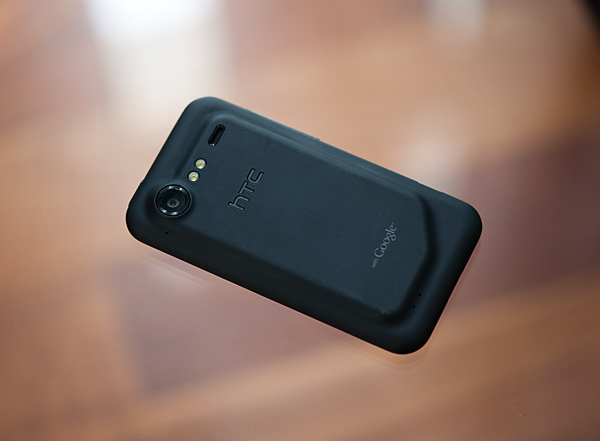 The Incredible 2 increases screen size over the original to a comfortable 4-inches. HTC went with a Super LCD display (PVA) with an 800 x 480 resolution. With Android I firmly believe that the 4-inch screen is ideal for the platform. Anything smaller and it's too difficult to type on. Anything larger and it's not as comfortable to carry around with you.

In your hand the Incredible 2 feels good but not perfect. It's a few mm too wide in my opinion. The front is all glass save for a thin bezel around the sides. The bezel is raised so you can lay the phone flat without worrying about scratching the glass. The four Android buttons are capacitive touch and backlit. The Android buttons will also rotate orientation if you hold the Incredible 2 in landscape vs. portrait. They'll always be in the same place but they'll simply rotate 90 degrees so they're always facing up. Like we saw on the Flyer this button rotation only works if you hold the phone in portrait mode with the Verizon logo facing up or rotate it 90 degrees counter clockwise so the buttons are to the right of you. 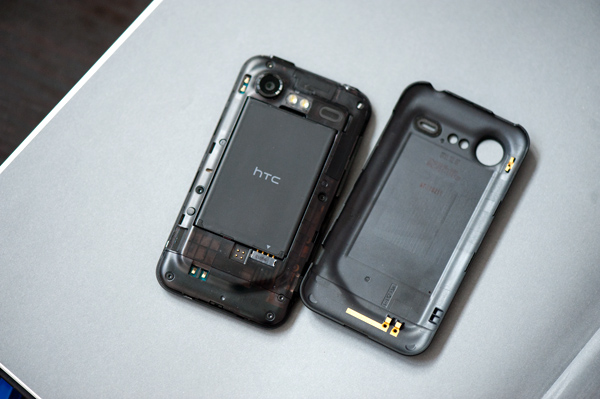 Anything that isn't glass is made of soft touch plastic. Despite having a removable back the device feels solid and didn't exhibit any squeaks or creaks when handled. My only concern about soft touch plastic like this is it tends to age really poorly and develop shiny splotches as it accumulates oils from your skin and some of the finish wears off.

The power/lock button is up top and the volume rocker is on the left side. There's also a micro USB port on the left side for charge/sync - there is no HDMI output on the Incredible 2. 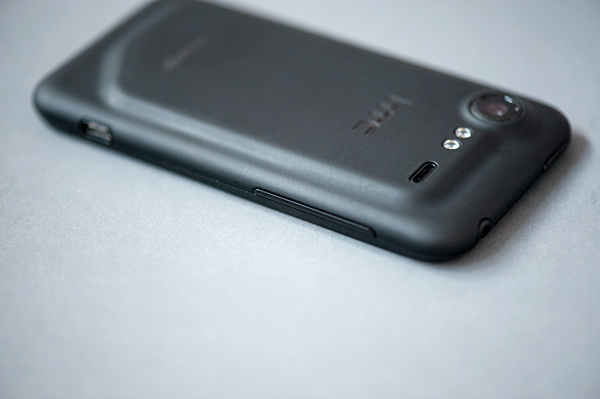 Around back is an 8MP camera sensor with dual LED flash. The speakerphone grill is to the right of the rear camera. There's a 1.3MP front facing camera as well.

The back cover pulls off with the uncomfortable release of a few clips around the edge. I'm always afraid I'm going to break something whenever I pull off these HTC covers. Underneath the cover is the Incredible 2's 5.36Whr battery, an upgrade from its predecessor. 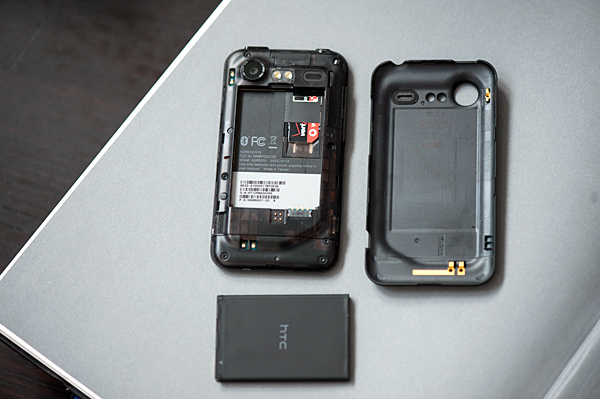 Go down one more level and you'll find a SIM card slot behind the battery. The Incredible 2 is a world phone that supports 800/1900MHz CDMA networks, 900/2100MHz UMTS/HSPA+ and 850/900/1800/1900MHz GSM/GPRS/EDGE networks. I traveled to both Abu Dhabi and Taiwan with the Incredible 2, unfortunately I didn't tell Verizon beforehand and thus didn't have service in either location. As a world phone you do get a number of additional plugs for the power adapter: 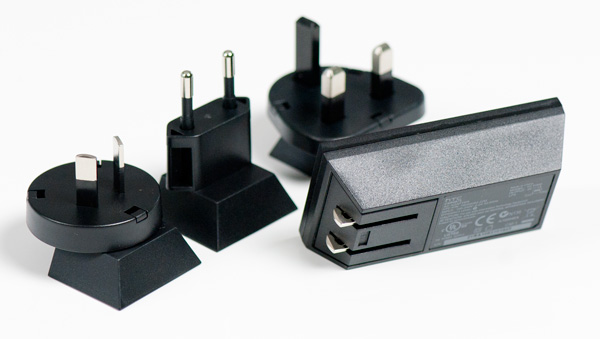 Keeping with recent HTC tradition, the back cover actually houses the cellular, Bluetooth and WiFi antennas. Remove the cover and you quickly lose all cellular reception on the Incredible 2. In the US, EVDO is the fastest cellular network supported - there's no WiMAX or LTE here. The Incredible 2 supports 802.11b/g/n.

The microSD card slot is accessible without removing the battery but you still need to take off the case to get to it. Verizon sells the Incredible 2 under contract (2-year agreement) for $199 with a 16GB microSD card.