Up next, we wrap up our look at a new video card’s stock performance with a look at the physical performance attributes: power consumption, temperatures, and noise. As we quicked look at in our capsule review, the HD 7870 OE manages to hit a good balance between all 3 of these attributes, leading to it being by far the quietest 7870 without making any compromises on temperature. Now let's further break down that data. 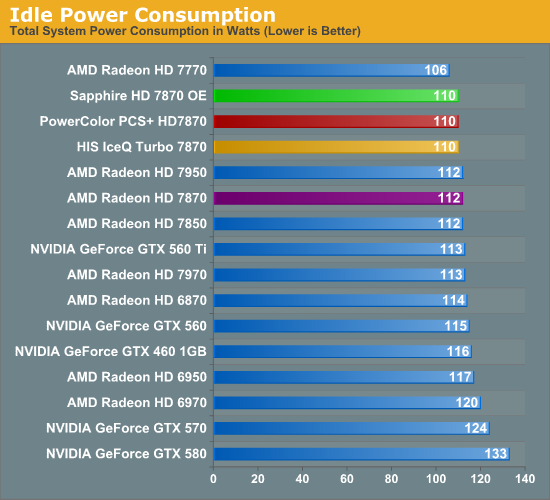 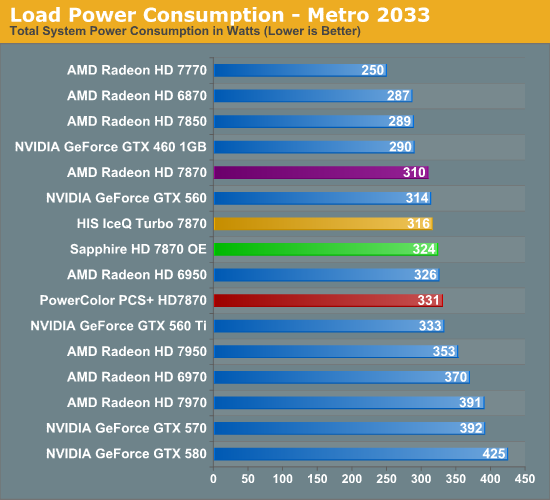 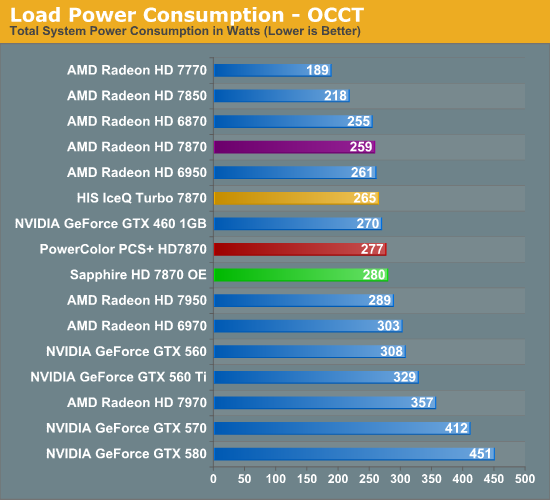 Idle power is consistent with our other 7870s, as we'd expect. Load power is much the same story, as the milder 50MHz core overclock on the HD 7870 OE brings up power consumption some compared to a reference 7870, but not by quite as much a more heavily overclocked 7870. 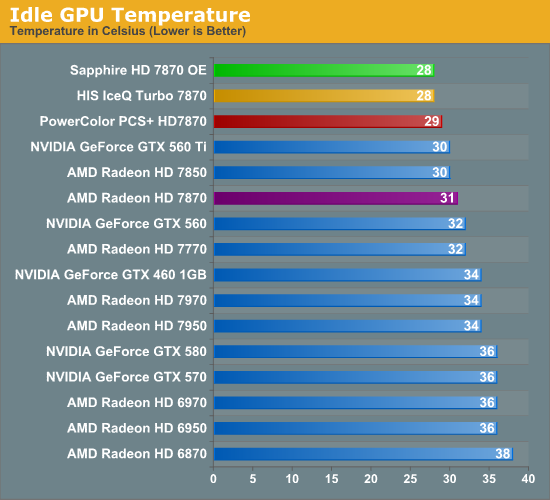 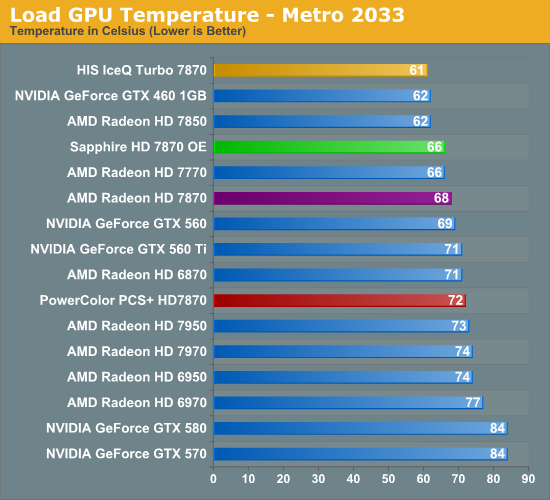 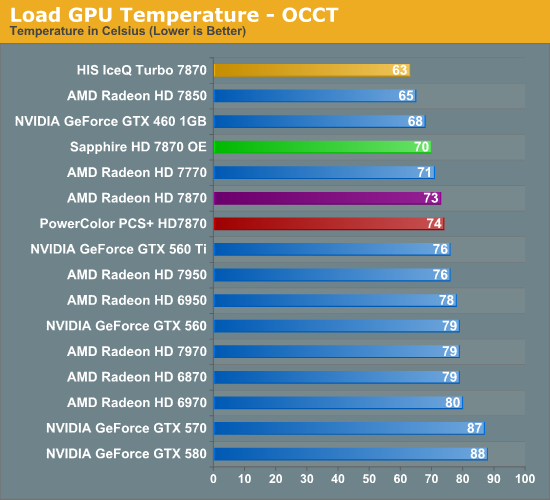 The version of the Dual-X cooler on the HD 7870 OE proves itself to be quite capable here. At 28C the idle temperature is among the lowest of any cards we have tested, but load temperatures are also quite good. 66C under Metro means that the Dual-X is 2C cooler than the reference 7870, and even OCCT can only push temps up to 70C. This does end up being louader than HIS's IceQ Turbo, but the IceQ was anything but conventional. 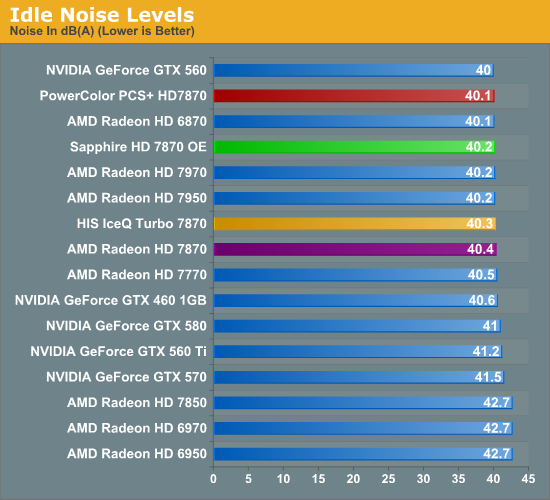 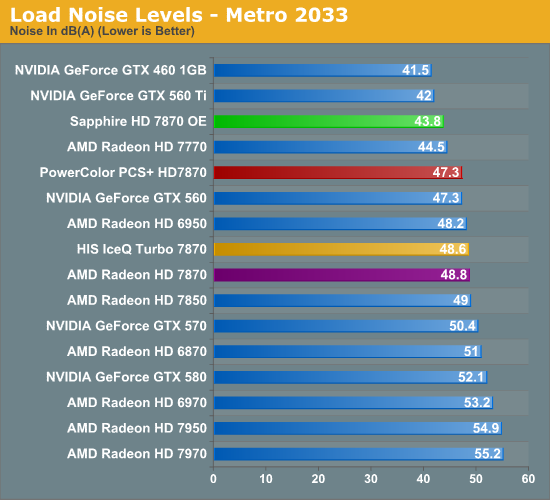 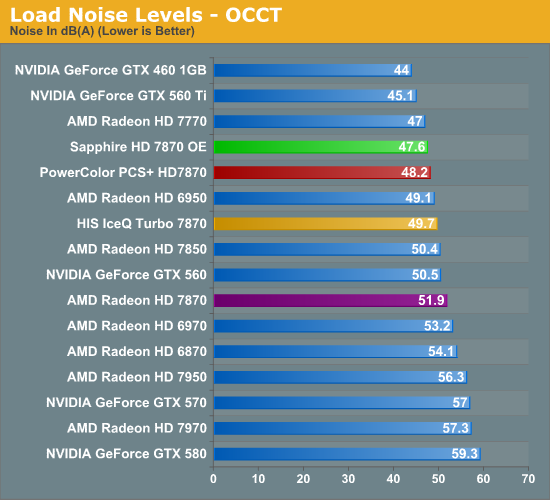 Finally we have our look at noise, which is without a doubt the biggest payoff for the HD 7870 OE. The load noise level during our Metro 2033 benchmark was only 43.8dB; this is not only over 3dB better than any other 7870, but it's also quieter than the otherwise much lower power (and lower performing) reference 7770. When it comes to enthusiast level cards we typically only see NVIDIA reference designs hit noise levels this low, so it's a notable accomplishment.  Though for whatever reason - possibly an agressive fan curve - Sapphire's noise lead diminishes somewhat under OCCT; it's still the quietest 7870, but only by less than 1dB and it's no longer quieter than the 7770.