The Archos 101 XS Review: Prettier, Faster, So Much Better

We’ll start with that most vital of tablet components, the display. We had a chance to chat with Archos ahead of this review to nail down some details about the new line. Seems that they still had several of that same 10.1” 1280x800 MVA panel, so we’re actually seeing the same display as in the G9s. We weren’t entirely dissatisfied with the G9 displays, though we did experience some poor contrast and odd viewing angles in the 101 G9 Turbo. The backlight seemed to be at fault in the contrast issue, but MVA panels should have good viewing angles so the imperfect ones we were seeing were surprising. In the XS both issues seem to have been resolved, and I suspect that has something to do with a different touch layer and backlight. 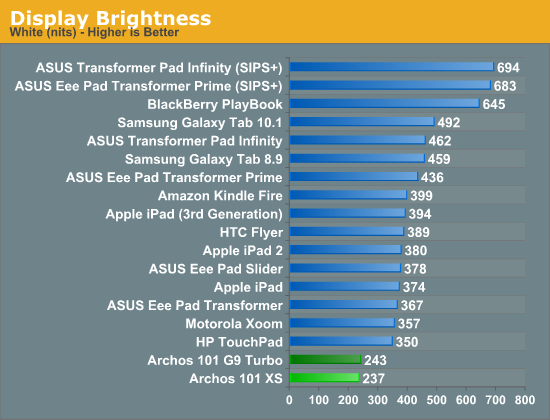 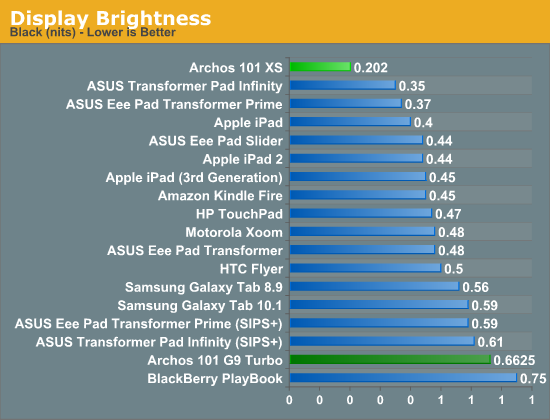 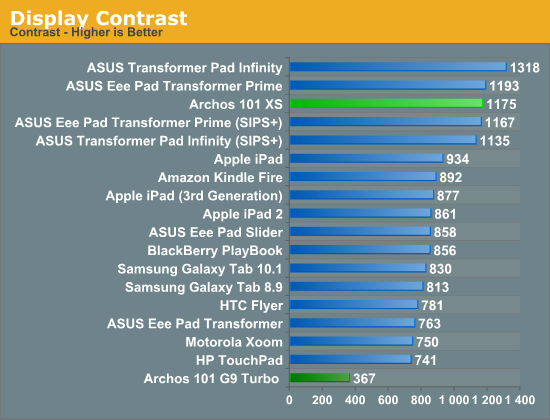 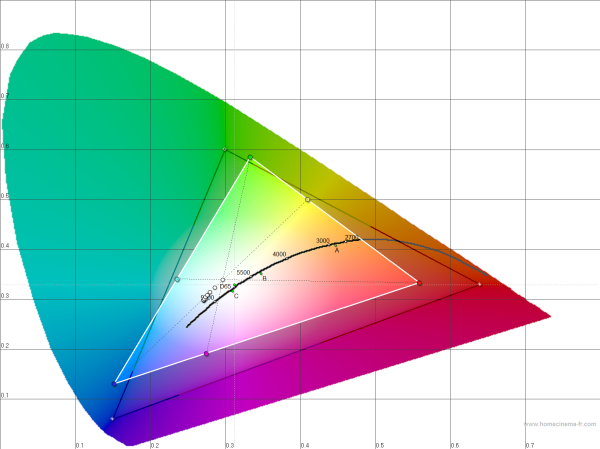 The rest of the results aren’t far off from the prior generations displays. MVA panels sacrifice brightness for good black levels and contrast. Color reproduction takes a pretty significant hit, though it’s unclear if that can’t be chocked up to software. Like the G9s then, this will suffice for watching a movie or playing a game inside, but take it outside and things could get pretty rough.

The G9 Turbos hadn’t yet launched when we started hearing about Archos impossibly thin next-generation tablets, which would be a Transformer competitor with an ultra-thin keyboard dock. This, it turns out was a pretty solid rumor. I question though the validity that this is a true Transformer competitor. The Transformer’s dock creates a clamshell style device, effectively a netbook, and benefits from additional connectivity and an additional battery inside the dock. The Archos 101 XS draws from countless “keyboard cases” for the iPad and other tablets; a thin, flat keyboard with concealed magnets that match with magnets within the XS to cover the front of the device, and a mechanism for docking the XS when in use. The keyboard weighs almost nothing so there’s no weight penalty for carrying it around, but at the expense of an auxiliary battery. 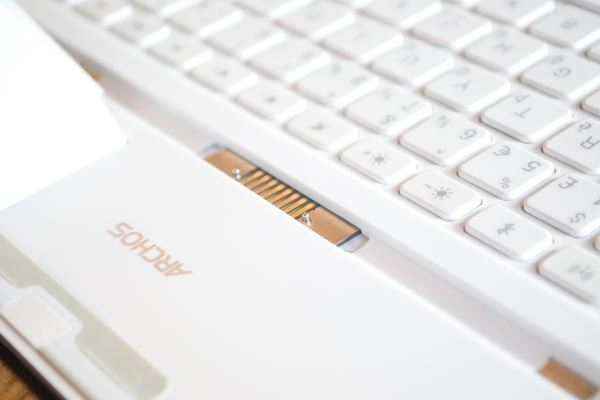 I’ve got thick fingers and have never been content with anything but a standard full-sized keyboard, so I’m honestly just a poor judge of how comfortable it is to type with the XS keyboard. The keys are slightly smaller than your standard chiclet keyboard, and though the travel distance is sufficient, they feel a bit soft; it’s hard to tell when you’ve actuated the key. An assortment of Android specific keys line the top and bottom rows, and the bottom right of the device suffers some crowding in order to fit in the directional keys. The abbreviated right shift key was particularly irksome, as I consistently moved the cursor up mid sentence. After a few hours of use, I was able to get a fair amount of writing done on the keyboard, but given the option, I’d just as soon use my laptop. 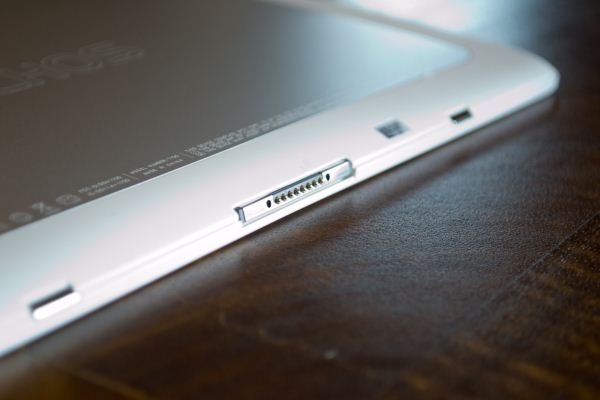 The pogo pins on the XS and the exposed magnets line-up with a similar set on the keyboard dock, but the rather flat dock uses a dual-hinged flap, equipped with its own magnet, to keep the XS upright. Moving the point of contact of the flap up and down along the back of the XS gives you some control of the angle of the device, but not much. Set the XS too far back, and the pogo pins lose contact and you have to reseat the device. Weight becomes an issue, too. Though the XS is quite light, it is still much heavier than the dock, so the combination is top heavy and sits precariously on a lap. 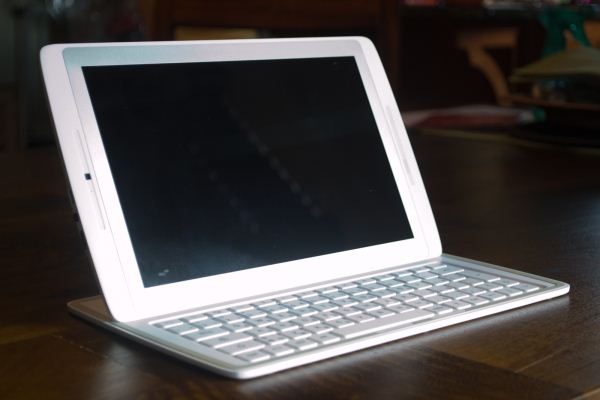 Fans of Archos are no doubt saddened at the loss of their beloved kickstand, but fear not. There are two other accessories planned for release not long after the XS debuts. Both will utilize the pogo pins on the bottom of the device, and take the form of media stands. The first is a complete solution with speakers while the other will be similar but with an audio out so users can connect their own speakers. I expected that Archos wouldn’t sacrifice the kickstand without offering something in return; and as someone that’s been known to watch streaming content on a tablet as I move from room to room in my house, the concept of having a few well placed docks scattered around the house seems perfectly plausible.