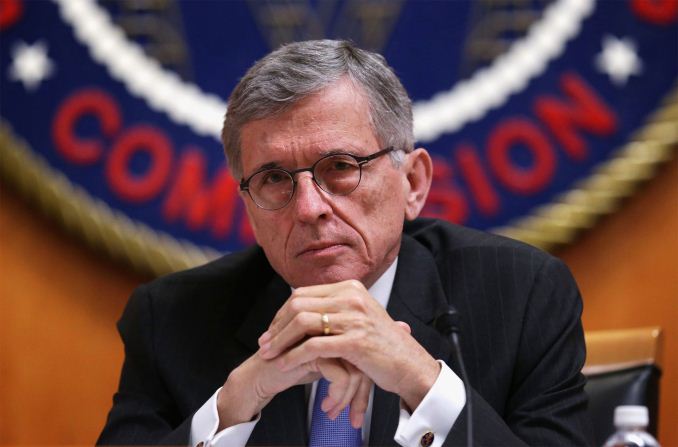 As expected (and reported from various news outlets), today FCC Chairman Tom Wheeler has proposed using Title II legislation to help settle the question of net neutrality. The debate over net neutrality – the idea that all packets traveling over the Internet routers, servers, etc. should receive equal treatment, which is how things have generally worked up to now – has been going on for more than a decade, with two primary views. On the one side are those who want this continue, primarily consumer interests along with companies including Google, Amazon, Facebook, and Netflix; on the other side are major Internet Service Providers like Comcast and AT&T.

Proponents argue that the Internet has flourished thanks to net neutrality and an attitude of being free and open. They also point out that these are the rules that have more or less been followed so far, and they have worked well, so the regulation is more of a safeguard to keep the current norm of equal treatment of data in place. Opponents meanwhile have expressed concerns that regulation would hinder their ability and motive to roll out faster broadband service, and others are worried that regulation may open the way to increased taxation and other costs. When President Obama weighed in last year and recommended that the FCC implement “the strongest possible rules” to protect the Internet, today’s eventual recommendation by the FCC was more or less a foregone conclusion.

Wheeler states in his Wired piece, “I am proposing that the FCC use its Title II authority to implement and enforce open internet protections…. I am submitting to my colleagues the strongest open internet protections ever proposed by the FCC. These enforceable, bright-line rules will ban paid prioritization, and the blocking and throttling of lawful content and services. I propose to fully apply—for the first time ever—those bright-line rules to mobile broadband. My proposal assures the rights of internet users to go where they want, when they want, and the rights of innovators to introduce new products without asking anyone’s permission.” The application of the same rules to mobile broadband is particularly important, as according to the FCC around 55% of online traffic now occurs on smartphones and tablets. While Title II regulation has been applied to the cellphone industry since 1993, mobile data services have up until now been exempt.

As for how Title II will be applied, Wheeler proposes modernizing Title II and tailoring it for the 21st century, at the same time continuing to encourage investment into broadband networks via incentives. The goal is to create a system where the necessary returns continue to exist in order for large communications corporations to construct competitive networks. “For example, there will be no rate regulation, no tariffs, no last-mile unbundling.” Elsewhere Wheeler mentions using a “light touch approach” similar to what has been done in the cellphone industry.

What does this all mean to end users? It’s important to note that net neutrality and Title II regulation alone don’t mean faster speeds for lower prices. I for one would love to see more affordable pricing on broadband, particularly for mobile broadband, but that may or may not happen; Title II for now is about making things “fair” for all parties. What this really means is that a company like Comcast, as an example, cannot prioritize their own content over that of competitors – so on demand streaming of the latest movie from Comcast has the same access to bandwidth as streaming of content from Netflix, Hulu, Amazon, etc. It’s also important that net neutrality remain in place not just on the connections to our homes and businesses, but also on the Internet backbone.

There have been examples of ISPs limiting traffic in the past, so it will be interesting to see how this plays out. BitTorrent trafic was often limited to end users, and this may not change if the traffic is not deemed as "legal content" but it would be hard for an ISP to declare that all traffic of a single protocol is not legal, even if some of it is not. Famous examples of legal BitTorent traffic would be things like Linux distribution networks and World of Warcraft, just to name some examples. Netflix traffic has also been degraded in the past due to the lack of sufficent interconnect bandwidth, with Netflix agreeing to pay last mile ISPs to improve service.

As this is all at the proposal stage right now, we’ll need to wait to see what some of this means in actual practice – and voting will take place on Feb. 26.