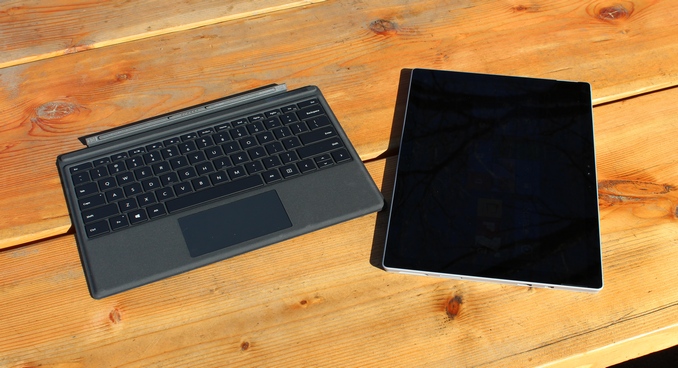 It is almost hard to believe that only a few short years ago, Microsoft had no hand in the PC systems or tablet markets. Though the company has been into hardware for some time, producing peripherals since the earliest days and gaming consoles since the turn of the millennium, the company has otherwise avoided competing with its OEM customers by producing complete systems. Then came the Microsoft Surface line. The very first Surface was 2012's ill-fated Surface RT, but a few months later in 2013, Microsoft released their first take on an x86 Surface convertible tablet. The first Surface Pro was a sizable 2.0 lb monster tablet which packed Ultrabook class components into a chassis that was over 0.5-inches thick. It was powerful, but heavy and the 16:9 form factor was not ideal for a tablet. 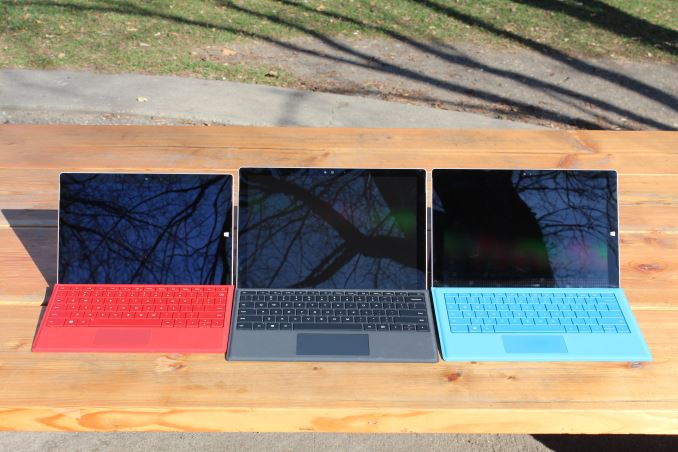 Part of that success was not just the tablet, but also the accessories. Microsoft’s Type Cover was a way to easily transform the tablet into a notebook, and the pen has always been a feature of the Surface Pro line. To try and gain success in the enterprise, Microsoft also created a Surface Dock which could be used to quickly transform the tablet into a desktop PC. The dock was an interesting thing, because Microsoft sort of painted themselves in a corner with it, promising buyers that the dock would work with the next generation Surface as well. Luckily it was a good corner to be in. The Surface Pro 3’s form factor was one of its strongest points.

I bring up this history because the Surface lineup feels like it has been around for a long time, when in fact the Pro lineup is only about two and a half years old. In that short time, Microsoft has gone from having no place in the PC hardware market to iterating their design four times and having a strong brand. There were some low points, but Surface has clawed its way back and we now have the fourth generation Surface Pro to take a look at. 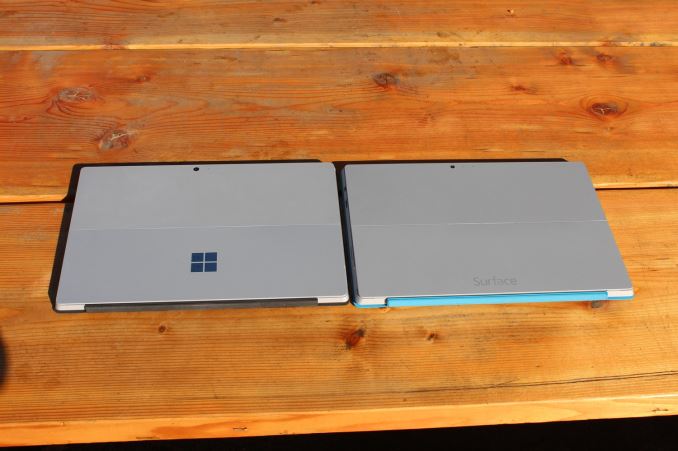 Microsoft has said that there are over 500 new parts in the Surface Pro 4. One of the most obvious is the new, larger display. The display has been stretched out from 12-inches to 12.3-inches, with Microsoft retaining the same device footprint by reducing the thickness of the bezel to accomodate. Microsoft has also increased the resolution of the display from 2160x1440 to 2736x1824, going well beyond the modest increase in resolution required to retain Surface Pro 3's 216 PPI pixel density. The end result is a pixel density of 267 PPI, which just edges out a number of large form factor tablets, including the yet-to-launch iPad Pro.

Many of the other changes are under the virtual hood. After launching Surface Pro 3 with Haswell in 2014, Microsoft - like so many manufacturers - opted to skip the short-lived Broadwell generation of Intel CPUs in favor of making the larger jump to Skylake. Skylake brings with it notable increases in both CPU and GPU performance, particularly in the mobile space thanks to a series of optimizations and the use of Intel's leading 14nm manufacturing node.

Meanwhile much like the Surface Pro 3, the Surface Pro 4 will be offered with three processor choices. For Surface Pro 4 this is a Core m3-6Y30, a Core i5-6300U, and a Core i7-6650U. Yes, Surface Pro 4 is now offered in a fanless model. The move to Core m3 may surprise some, but don’t forget that the Core i3 version of the Surface Pro 3 used the Core i3-4020Y. The “Y” series from Intel is the ultra-low power Core lineup that was rebranded as Core M with Broadwell. Having a “Y” CPU in a Surface Pro is not new, but the latest and greatest Core m3 model has a TDP of just 4.5 Watts - down from 11.5W on the Core i3 Surface Pro 3 - which allows it to be completely fanless.

Those that noticed the processor numbers may have noticed the “50” on the end of the i7 version. This designates that the i7 model comes with Intel’s Iris Graphics 540. This is a GT3e GPU, which offers substaintially better GPU performance thanks to a much larger GPU paired with 64MB of eDRAM.

On the memory side of matters, the Surface Pro 4 offers between 4GB and 16 GB of RAM depending on the specific SKU, retaining the same 4GB minimum as the Surface Pro 3 while marking the first time a 16GB SKU has been offered in the Surface Pro family. Meanwhile for storage, the SSD situation has been dramatically improved with PCIe 3.0 NVMe drives. The 64 GB model is no more, with the base Surface Pro 4 now coming with 128 GB, and a 1 TB model will be available soon as well.

Other new features include a custom display chipset which Microsoft is branding the G5. The use of G5 allowed Microsoft to integrate touch and pen support, with Microsoft utilizing a custom solution to help drive down both the pen and touch input latency. They are also leveraging the GPU to accelerate touch and pen input to further drive down latency. Speaking of the pen, the latest model now offers 1024 levels of pressure, up from 256 in the Surface Pro 3. Microsoft purchased the N-Trig technology and are using it on all of their Surface lineup now. The new pen also offers interchangeable pen tips to give you a different size and feel as appropriate.

The chassis is also revised, and is now slightly thinner and lighter than the outgoing model. The display size was increased, but the dimensions of the tablet were not. Microsoft cut into some of the surrounding bezel to achieve this. They likely could have gone for even less bezel, but it would make it difficult to use as a tablet if they went much further. Subtly, the Windows key is no longer on the right side. It is no longer needed with Windows 10 because the Start Button is always on the screen, and removing it removes one common complaint with the Surface Pro 3, which was inadvertently pressing the button on the bezel either with your palm while using the pen, or even when just handing the tablet. I for one am glad to see it gone.

The Surface Pro 4 is, at first glance, an evolutionary update over the Surface Pro 3. That is not necessarily a bad thing. The move to Skylake as well as some of the many changes under the covers should be a big improvement over the outgoing model though. Let’s dive in.