Samsung Extends Its Gear VR Ecosystem: Gear 360 Arrives In US 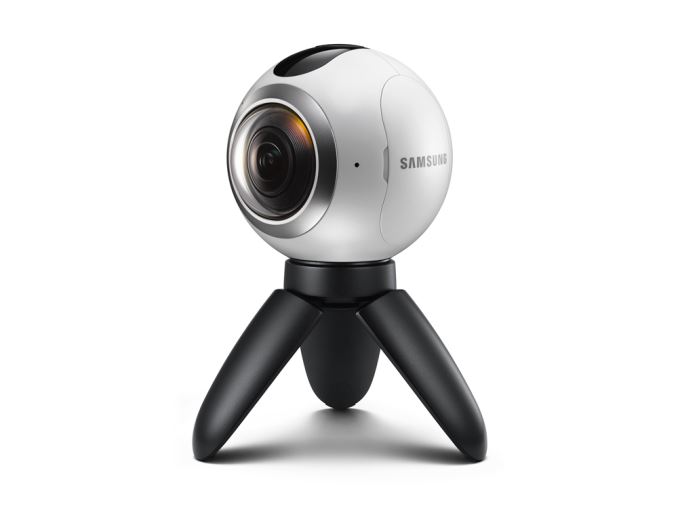 The Samsung Gear 360 camera, capable of capturing 360° images and video, will be available for purchase in limited quantities during VidCon, a convention for the online video industry, in Anaheim, California running from June 23-25. The Gear 360 was initially announced back in February 2016, alongside the Galaxy S7 and Galaxy S7 edge, but this is the first time it will be available for purchase in the United States. The initial price will be $349.99, and Samsung will release additional availability details later this year.

The small, spherical Gear 360 uses two 180° field-of-view cameras, each with an f/2.0 lens, to capture 30MP still images or 3840x1920 video that’s viewable with Samsung’s Gear VR headset or mobile devices. It includes a microUSB port for charging and is powered by an internal 1350mAh removable battery. The camera includes a standard tripod mount and carries an IP53 rating for dust and splash resistance, which can be improved to IP68 with a waterproof housing that’s sold separately. Pictures and video can be saved to a microSD card. The Gear 360 can also use Wi-Fi Direct and a companion app running on one of Samsung’s latest smartphones, including the Galaxy S6/S7, Galaxy S6/S7 edge, Galaxy S6 edge+, and Galaxy Note5, to enable remote camera control and live preview features and for transferring content to the phone for editing. The Gear 360 also includes a small PMOLED display and control buttons that allow it to be used independently of a smartphone. 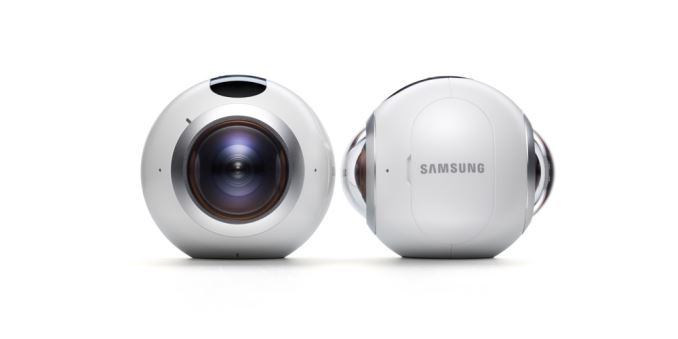 To further broaden the appeal of its Gear VR platform, Samsung is opening up Samsung VR (known previously as Samsung Milk VR) to user-generated content, allowing people to share their 360° videos and providing them a way to view the content with the Gear VR.

Finally, the new Samsung Creators initiative will offer content creators a series of seminars and classes to help spur VR production. This program will also sponsor competitions, the first starting in July, to provide some incentive to aspiring filmmakers to develop VR content for Samsung’s platform. More information is available on the Samsung Creators website.