When Windows 10 launched, Microsoft set it up to be “Windows as a Service”. The goal of W10 was for it to be continually updated going forward. In 2015, this is pretty much the default for any new software, which relies on a connected world to always allow constant updates. Windows previous to 10 were patched for security fixes every month, but other than the rare service pack which brought feature updates, what you saw on day one was pretty much what you got when the operating system went out of support. This has changed in a big way with Windows 10. A few months after release, it saw its first feature update to build 1511. This was a small update, but it brought a lot of nice fixes that didn’t make it in time for launch.

The Anniversary Update is an extension of this, bringing a lot of polish to the operating system. Windows 10 didn’t ship in a broken state, but there were certainly a lot of areas where you could see it wasn’t quite done. They’ve made quite a few tweaks for this round, and many of them are quite welcome, while others are purely aesthetic.

The Start Menu has been a work in progress ever since it made its way back to Windows with the Windows 10 launch. Throughout the insider builds, there were quite a few iterations of the start menu, and even with the 1511 update in late 2015, Microsoft updated it to add the ability to add more tiles. 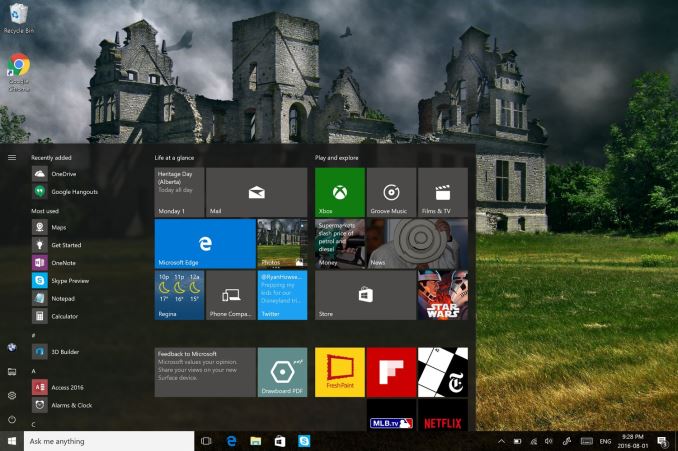 With the Anniversary Update, they are at it again. The biggest change is the 'All Apps' option, which is now gone. All of the apps now default to showing in the Start Menu in a scrollable list, with the most used and recently added apps at the top. The 'Recently Added' option now also shows three apps, which is a nice change. Keeping all of the apps accessible makes it easier to navigate to them. You can of course still just type the name of the app as well, and it will populate from an indexed search. 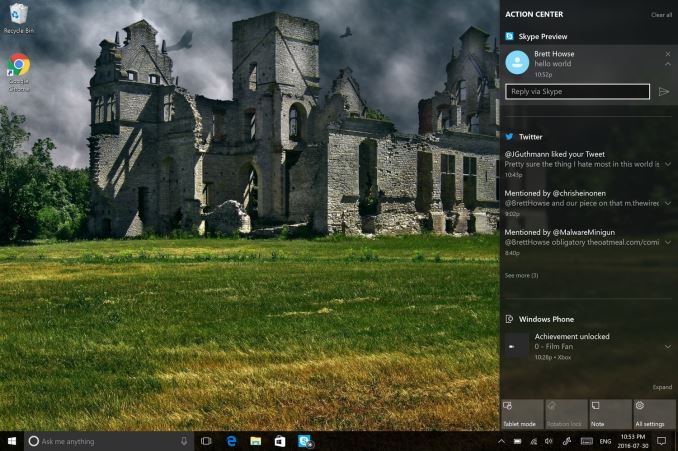 Microsoft demoed Universal Dismiss and Notification Mirroring at the Build developer conference, which will allow for notifications dismissed on one device to mirror that dismissal to all devices, and that’s made it into this update. One tip for Windows 10 notifications: if you have an app that spams notifications, you can right click it in the Action Center and turn off notifications for that app. This existed prior to this update as well, but it’s a very handy trick so I figured I’d mention it.

This is a small change, but Settings was completely text based in Windows 10 until this update. Now, there are icons for each setting. In addition, some of the settings have been broken out a bit better into their own categories. 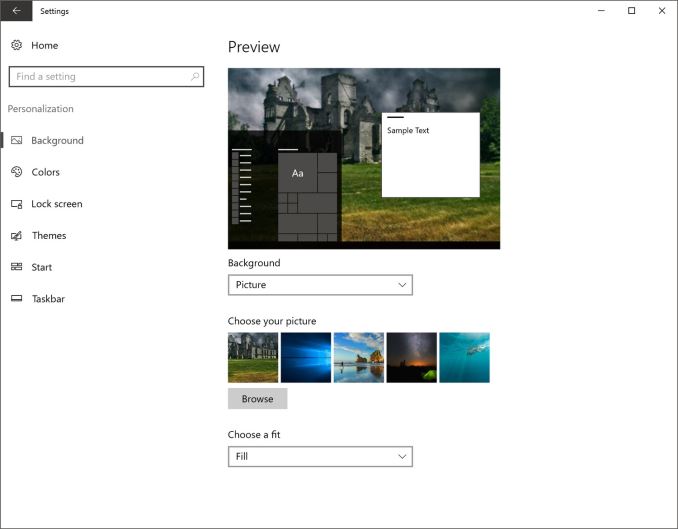 For example, if you want to join the Windows Insider Program, that has its own category under Update & Security, rather than under and Advanced menu for Updates themselves. Settings continues to offer the search function as well, which makes it much quicker to find any setting.

The Lock Screen has always been a bit of an odd thing in Windows 10. It’s origins are from the mobile side, where notifications and detailed status updates can be quickly seen when you power on your phone. On a tablet or phone, this is likely more useful than on the desktop, but since Windows 10 is the same OS across all of those devices, the lock screen updates are of course across all devices. The new lock screen now integrates Cortana, and the image on the lock screen is now the same one as the log-in screen, meaning it’s a less jarring experience to unlock the PC. The two images was always a bit odd. These are small changes, but a lot of this update is about making a more consistent experience, so they fit well.