Alongside the Mate 9 launch a few weeks back, Huawei also announced the Mate 9 Porsche Design model. The presentation in Munich was heavily skewed towards the Porsche branded unit, despite the fact that it is a limited edition part to be sold at 1300 Euro, nearly twice as much as the Mate 9.

Aside from a few things such as the camera and the internal SoC, the Porsche Design (PD) model shares little aesthetically with the Mate 9. They both use the new Kirin 960 SoC, designed by Huawei's HiSilicon subsidiary and is the first design to use the newest ARM Cortex A73 CPU cores as well as CCI-550 interconnect and Mali G71 graphics cores (read about the Kirin 960 here). But where the Mate 9 has 4 GB of DDR4, the PD has 6GB. Where the Mate 9 has 32/64 GB of US 2.1 storage, the PD has 256GB. Perhaps the biggest change is in the display - where the Mate 9 uses a 5.96-inch 1920x1080 screen, the PD opts for a dual edged curved 5.5-inch 2560x1440 panel. 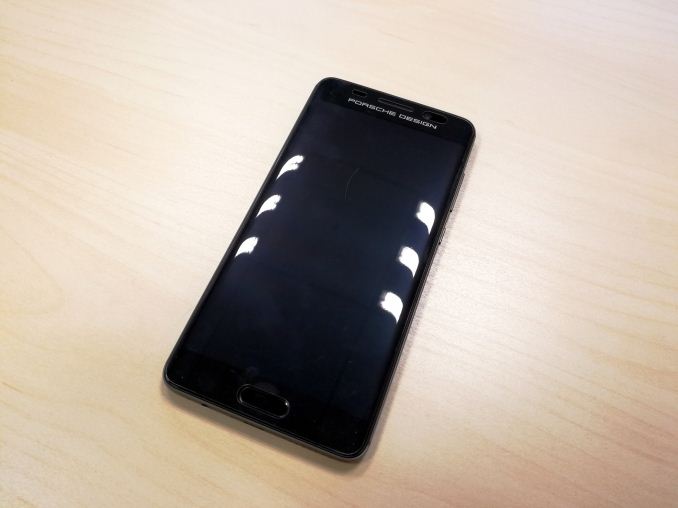 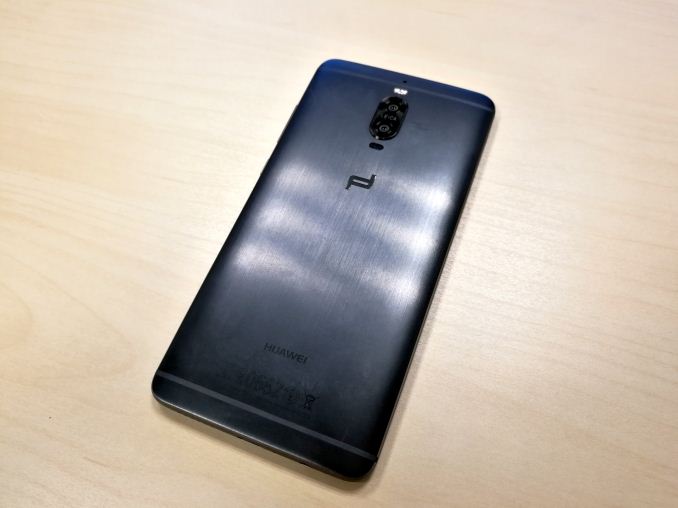 To be honest, the curve is almost unnoticeable. It could easily be mistaken for curved glass on a flat display, but I can confirm that the display itself is curved. The reason for the curve is more to do with economics than new user interface experiences, and Huawei has actively promoted that it's new EMUI 5.0 operating system interface, based on Android 7.0, has new mis-touch algorithms to identify when part of the screen is accidentally touched, for example when taking a photograph. 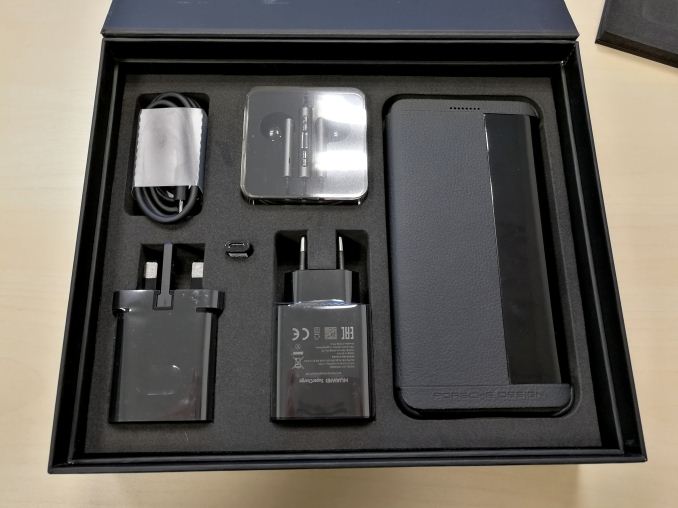 The higher resolution display might arguably draw more power, especially during high graphics activity, but the physically smaller PD version has a similar 4000 mAh battery configuration to the Mate 9. With the hardware comes Huawei Supercharge, a new technology to enable up to 25W charging with compatible adaptors and cables - it relies on sensor data and communication between the charger and phone to remain cool but also offers 0 to 58% charge in 30 minutes. As the CEO said at the launch, 'No explosions.'

Mate 9 PD and Mate 9 - Note no fingerprint sensor on the PD, it's been moved to the front

The PD uses Huawei's second generation dual camera system on the rear, co-engineered with Leica. The configuration gives a 20MP color and 12MP black and white set of cameras to enable variable depth bokeh applied in post processing, a true monochrome mode, and what the promotional materials want to define as 'the Leica look' to ensure that certain pictures have that Leica feel. 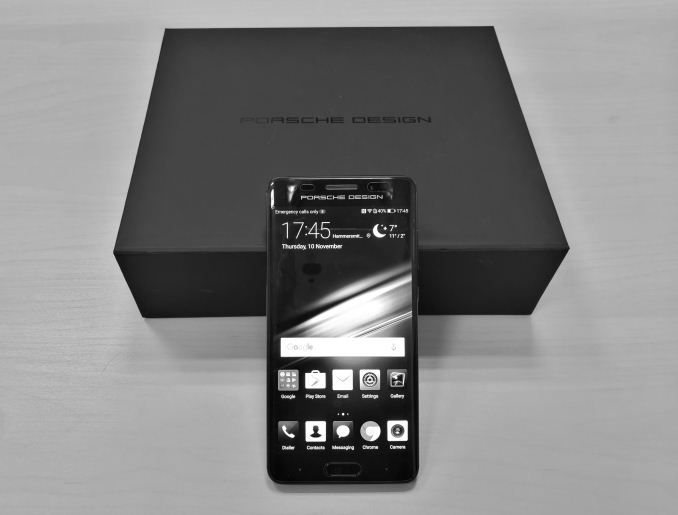 When we spoke with Leica at the Huawei event, we were told that Leica's involvement between the two companies starts the moment the photon hits the lenses, to when the image data is stored in memory. This means Leica is involved in the lens configuration, the sensor choice, different sensor features, DSP implementation/use and algorithm feature set. Huawei and Leica are set to open a new joint R&D facility in France next year to cohesion future products.

The Mate 9 removes the alternate texture on the power button for easy differentiation,
but the PD and Mate 8 have it.

As always with a new device, it felt snappy even if there was a detectable dropped frame here and there. Huawei is promoting that EMUI 5.0 has a series of features in place through machine learning to subvert that feel of a slow device after 6-12 months, as well as some new GUI 'tricks' to help the user experience. The PD model will use a different tableau of browner icons for the core system apps, as well as different backgrounds on the system. Despite the fact that Porsche Design and Porsche are different companies, I would have thought that the PD model might have some Porsche or Leica related backgrounds to choose from. 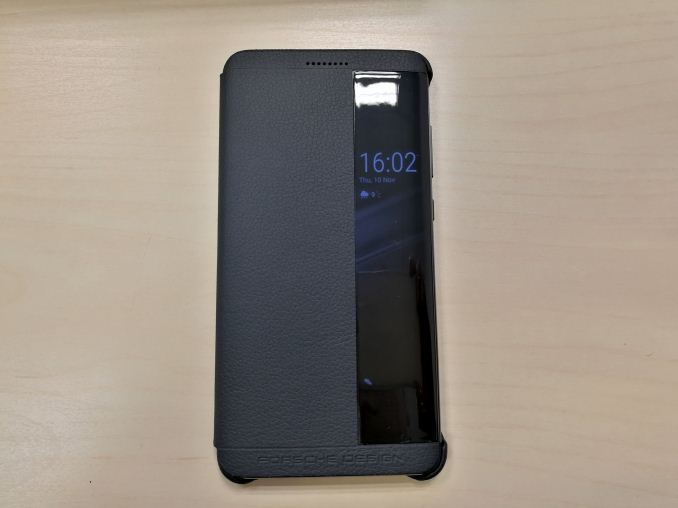 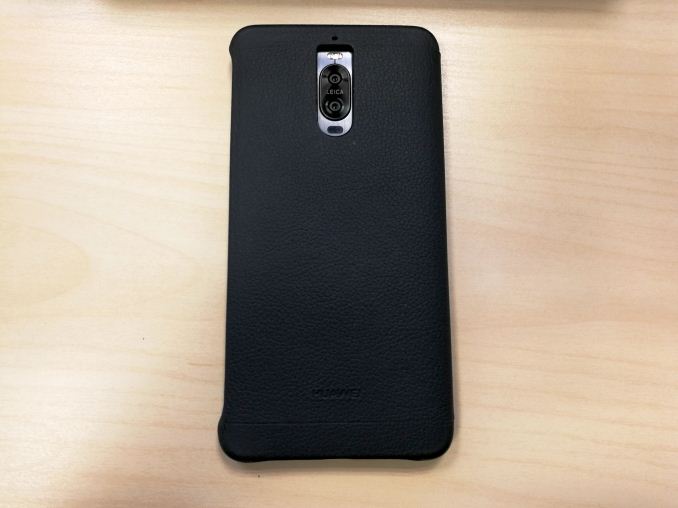 Custom Case for the PD

For the 1300 Euro (the PD won't be sold in the US), the PD model is designed as a lifestyle product, for people who buy the car, buy the shoes, then buy the phone. In the box is a custom case designed for the curve screen, a set of custom ear buds, a Supercharger wall wart, a Supercharger car wart, and a standard C-to-C cable.

On the benchmarking side, it is worth noting that these results were on near-final software. Huawei is pushing an update out to review units soon to support Android 7.1 and Daydream VR as well as minor OS fixes. But as we only had limited time with the PD, results were taken as is.

So despite the fact that the Mate 9 and PD have the same SoC, the performance of the PD in most situations was lower than that of the Mate 9. I might attribute this to the smaller chassis having lower thermal limits, but even recording 17-minute 4K video on the Mate 9 made it barely warm to touch, so it makes me wonder how the PD is slower in short benchmarks as well.

One part that the PD wins out on is storage if we run the benchmark at default (typically AT has a custom workflow which we did not have time to run - the default results can perhaps bloat the numbers more than a user might experience). The 256GB solution in this configuration beats the 64GB Mate 9 for sequential and random performance.

Overall, from a brief hands-on, it's clear that the key selling point of the Mate 9 Porsche Design is going to be the exclusivity. It's not aimed at someone like me, who would suggest the Mate 9 (or the recently announced Mate 9 Pro) if budget or performance is a concern.