The Destroyer is an extremely long test replicating the access patterns of very IO-intensive desktop usage. A detailed breakdown can be found in this article. Like real-world usage and unlike our Iometer tests, the drives do get the occasional break that allows for some background garbage collection and flushing caches, but those idle times are limited to 25ms so that it doesn't take all week to run the test.

We quantify performance on this test by reporting the drive's average data throughput, a few data points about its latency, and the total energy used by the drive over the course of the test. 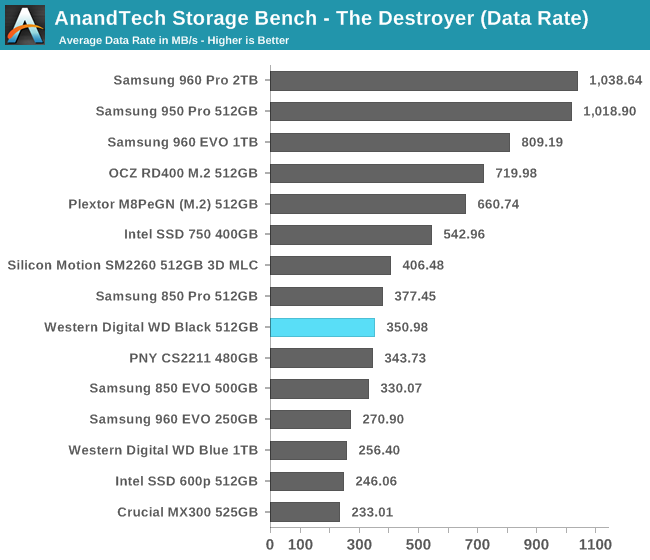 The WD Black's average data rate on The Destroyer is a little bit slower than the fastest SATA SSD of comparable capacity, and much faster than the Intel 600p. The Samsung 960 EVO is the only TLC-based SSD we've tested that outperforms the WD Black. 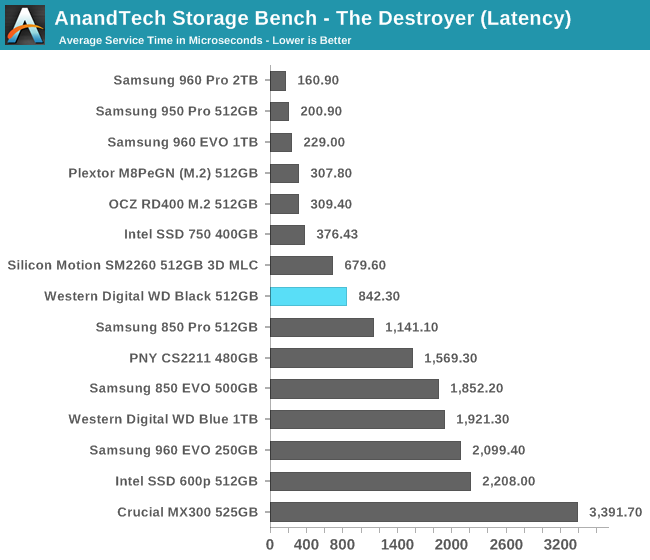 While the WD Black's average data rate didn't quite beat the best SATA SSDs, its average service time is substantially better than the Samsung 850 PRO, though nowhere close to most MLC PCIe SSDs. 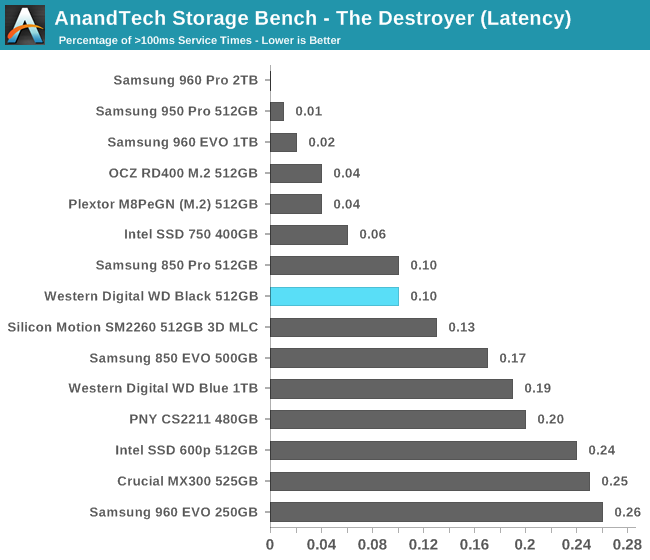 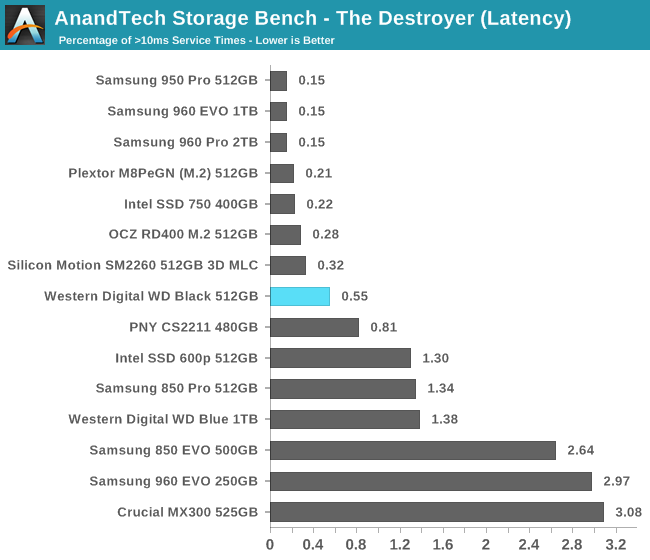 The WD Black is no better than the Samsung 850 PRO at avoiding high-latency outliers above 100ms, but the WD Black has a significant advantage over all SATA SSDs at the 10ms threshold. 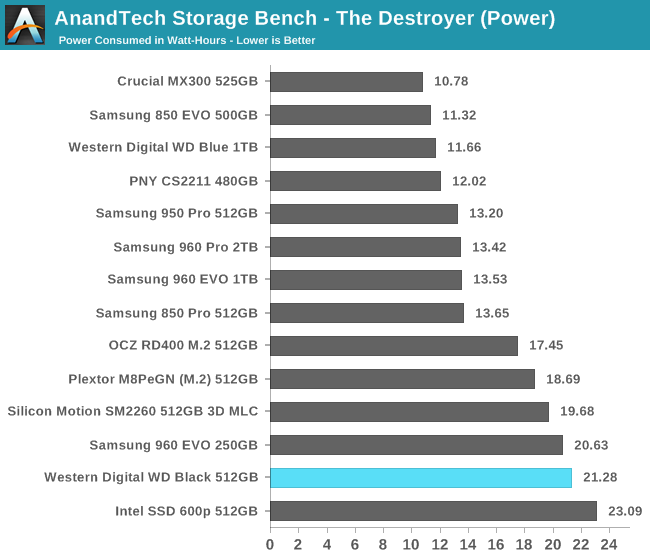 The WD Black's power efficiency during The Destroyer is poor, with total energy usage that is higher than almost all of its competitors.