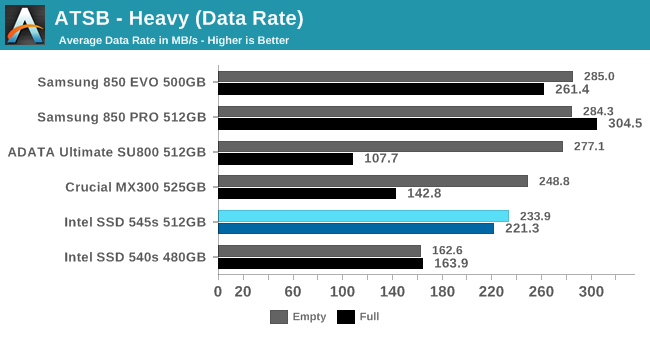 The Intel SSD 545s shows substantial improvement over the 540s in average data rates for the Heavy test. The 545s is not quite able to compete against Samsung as was the case for The Destroyer, but it comes much closer than its predecessor. 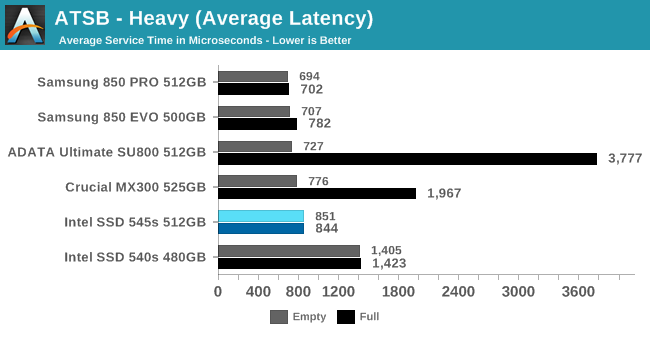 The latency measurements for the Intel 545s on the Heavy test tell a similar story to the average data rates. Intel is now in the same league as the other 3D NAND SSD, though still in last place. When the test is run on a full drive, the Crucial and ADATA drives fall apart and average latency spikes to the 2–4ms range while the latency of the Intel 545s is unaffected and remains well below 1ms. 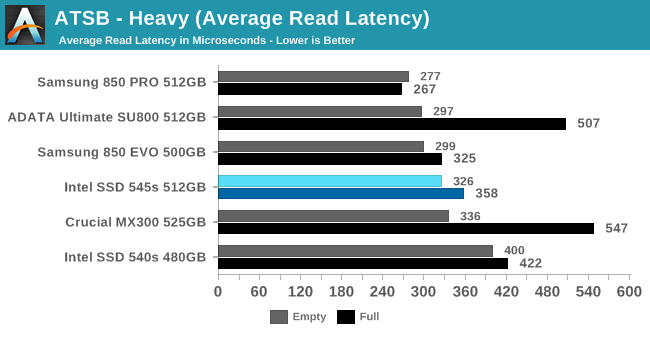 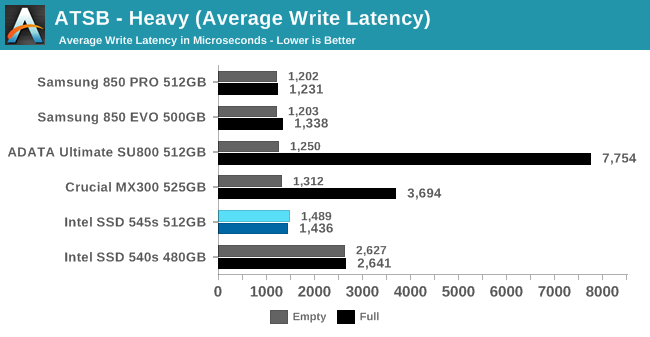 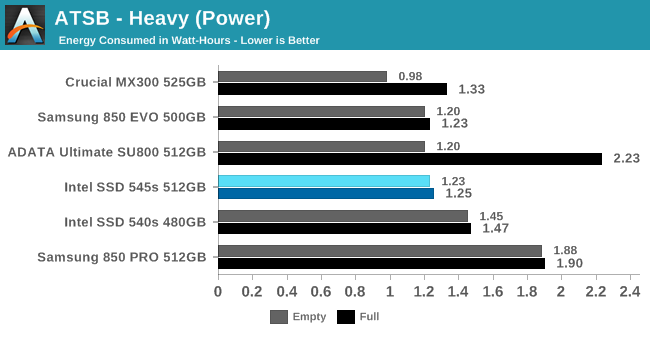