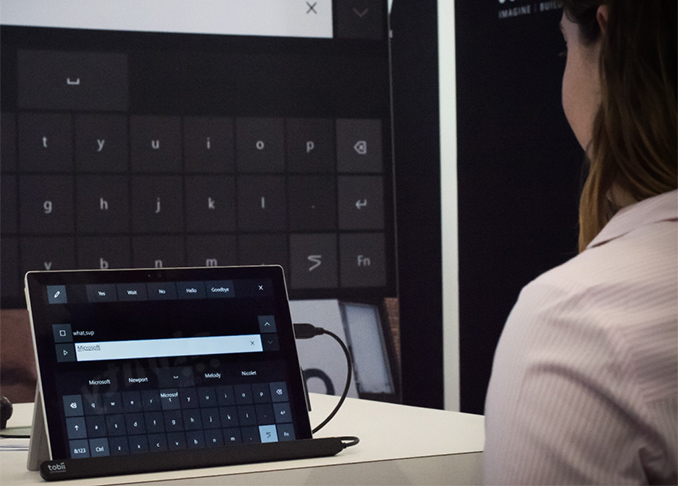 Microsoft CEO Satya Nadella this past week announced plans to add support for eye tracking to one of the upcoming Windows 10 versions, in a bid to enable disabled people to use computers. The head of Microsoft did not say when the company intended to do this, but only said that the tech would require a compatible eye tracker, such as the Tobii 4C, which is currently supported by some games and may be used to control a Windows-based PC when appropriate software is installed.

According to an MSDN blog post, the Eye Control feature has been in development for quite some time — the initial idea to integrate something like that was proposed in 2014. At present, the capability is in beta and interested people can participate in early testing and provide feedback using the Windows Insider program. Microsoft positions the Eye Control primarily as a way to make PCs more accessible to people with disabilities, such as ALS.

Microsoft does not disclose many technical details about its Eye Control feature, but only says that the Tobii Eye Tracker 4C will be one of the compatible eye-tracking devices. Meanwhile, the Tobii 4C is a rather sophisticated piece of hardware that can be purchased separately (€159 in Europe).

Correction 8/8: The Tobii 4C sensor is integrated into laptops and displays by Acer and Alienware. By contrast, the previous-gen EyeX is only found in select notebooks by MSI and is sold by SteelSeries as the Sentry standalone unit. 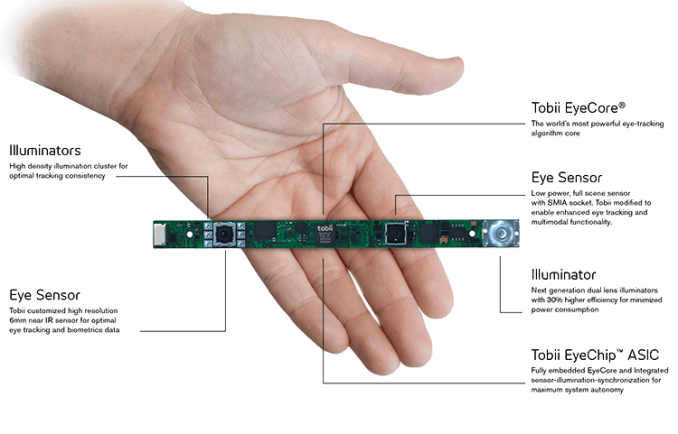 The Tobii 4C is equipped with near-IR 850 nm diodes and an RGB camera to track eye positions, gaze points and head position. With the 4C, Tobii not only switched IR sensors in a bid to get rid of red lights, but also increased polling rate of the device to 90 Hz (up from 60 - 75 Hz on the previous-gen EyeX), which theoretically reduces eye to application latency from 15±5 ms on the previous gen model. The latter factor is important for comfortable interaction with applications and if we are talking about a prolonged usage of a PC by a disabled person, comfort (actually, more like lack of eye fatigue) becomes crucial. Back to hardware. Another important feature of the Tobii 4C is its specially designed EyeChip ASIC (also used in the EyeX) that reduces CPU load and has a built-in “eye-tracking algorithm”. Tobii admits that eye tracking may take up to 10% of a high-end CPU time (1% with the EyeChip), so it is not really a demanding task. However, if hardware processing also reduces input latency, this may be an important factor. After all, Microsoft chose the Tobii platform to develop its Eye Control feature for a reason. The software giant needed a polished-off solution (already compatible with numerous games) that enables certain level of interaction with Windows out-of-the-box. Another advantage of the Tobii could be its hardware-based processing and a relatively low input latency (still 15 ms on the EyeX does not seem very low).

Without actual data at hand, it is unclear what Microsoft’s Eye Control feature is going to require. Microsoft wants to make Windows 10 accessible to everyone, so it is highly unlikely that an expensive eye-tracking device will be mandatory. Nonetheless, it is obvious that a typical webcam will not be enough for this feature. 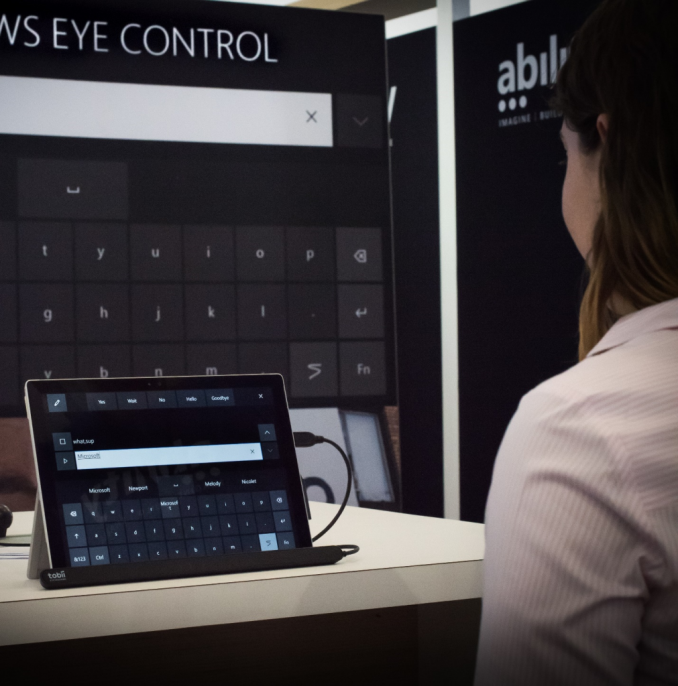