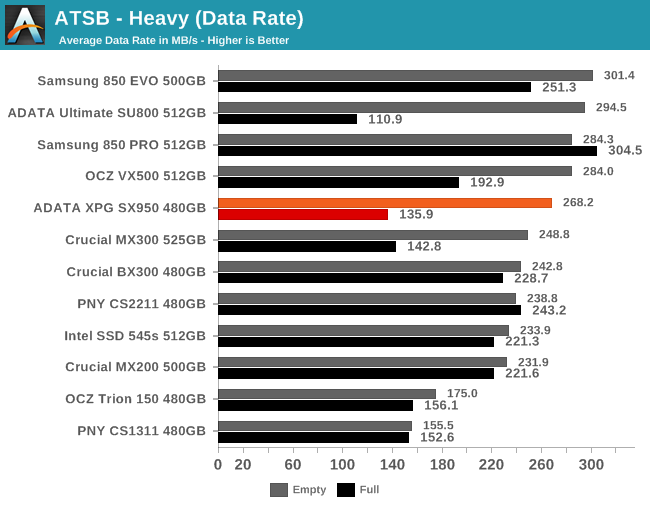 When the Heavy test is run on a fresh drive, the ADATA XPG SX950 delivers a good average data rate that is a bit higher than the Crucial BX300 and close to the level of Samsung's SATA SSDs. But when the drive is full, the SX950 suffers greatly in the manner of the SU800 and the Crucial MX300, while the BX300 is minimally affected. 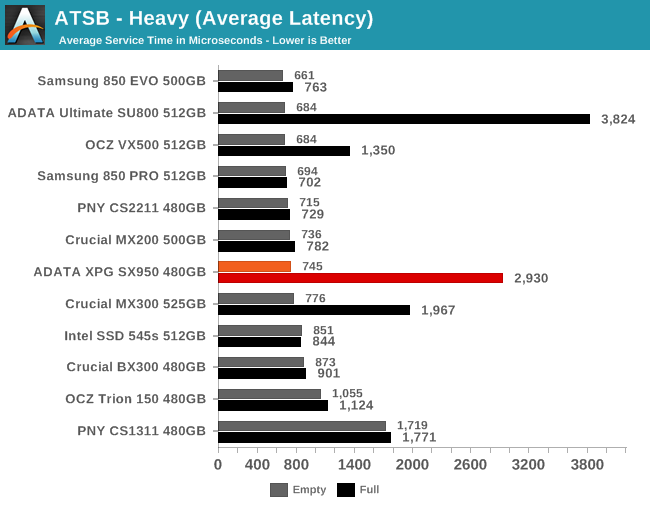 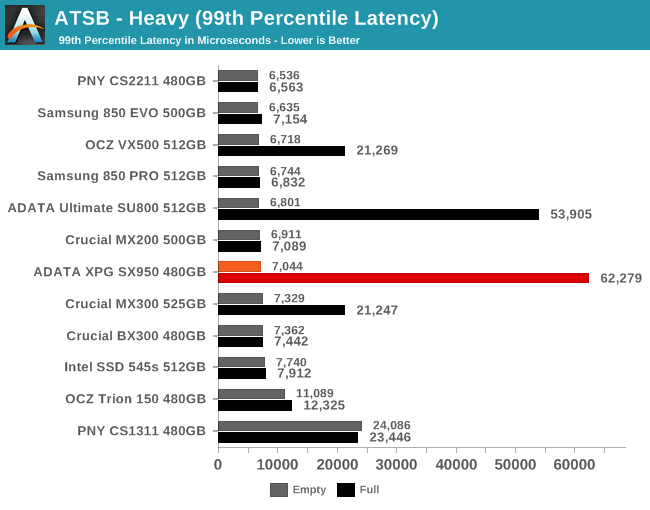 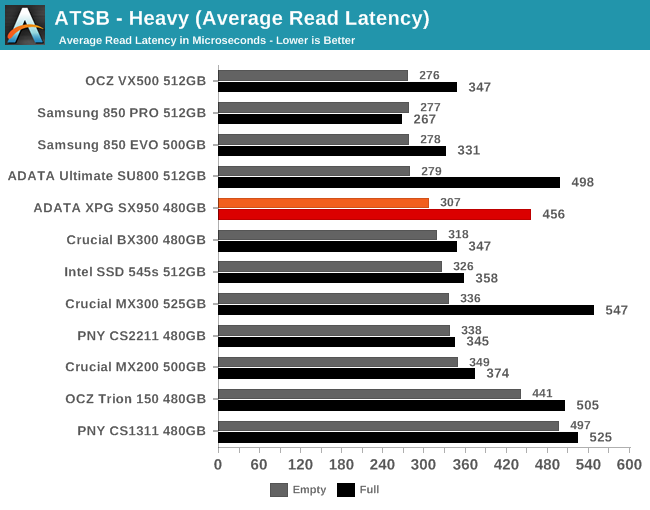 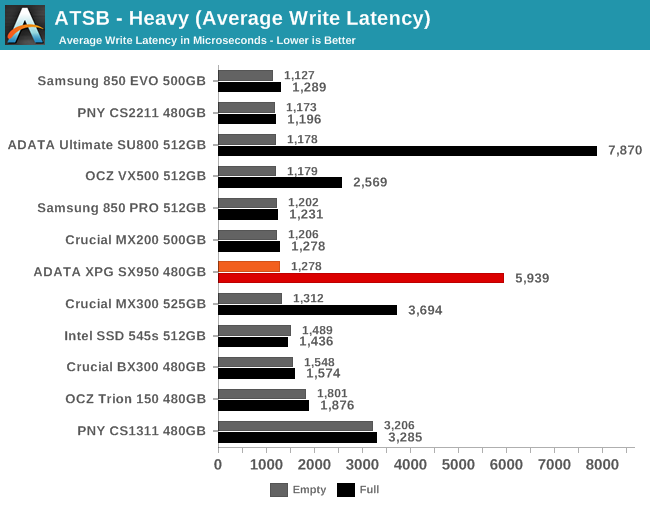 The average read and write latencies of the SX950 are both significantly higher when the Heavy test is run on a full drive, but the write latency is again far more strongly affected. For both reads and writes, the full-drive performance is better than the TLC-based ADATA SU800, but nowhere close to the standard set by the Crucial BX300. 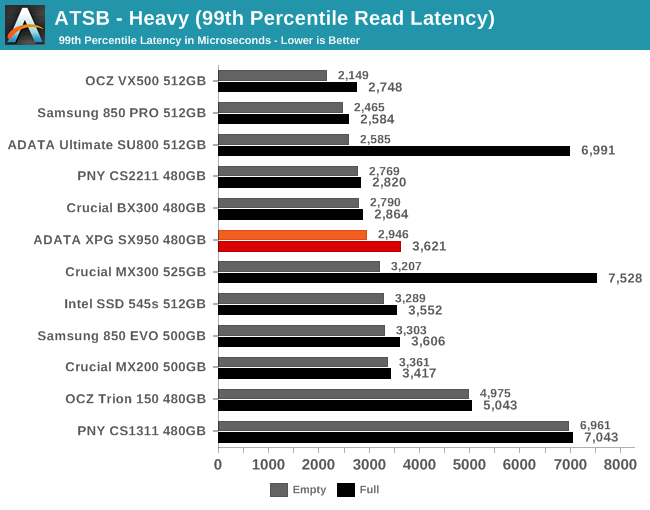 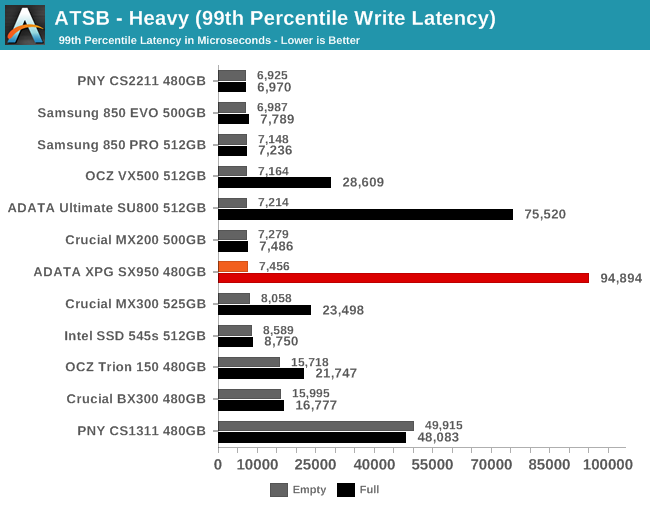 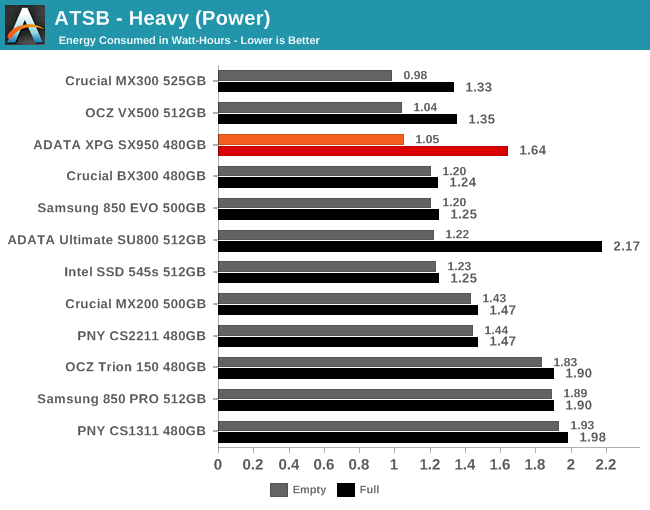 The ADATA SX950 scores very well on energy usage when the Heavy test is run on an empty drive: it matches the DRAMless OCZ VX500 and comes close to the Crucial MX300, which uses a Marvell controller fabbed on a newer and lower-power process. The Crucial BX300 uses 14% more energy largely due to taking longer overall to complete the test. The situation is reversed when running the test on a full drive: the ADATA SX950 takes much longer to complete the test and is doing a lot of costly background garbage collection, though it still at least beats the planar TLC SSDs and ADATA's own TLC-based SU800.