For the GeForce GTX 1070 Ti Founders Edition, pinned at the official MSRP of $449, NVIDIA has essentially plopped the GTX 1070 Ti GPU into a GTX 1080 board. This makes a lot of sense considering that this late-cycle card has the same GPU and 180W TDP requirements of NVIDIA's GeForce GTX 1080. Doing so allows NVIDIA to drop in the new specification and go with minimal changes, and similarly, their partners can take their own GTX 1080 designs and quickly reconfigure them for the GTX 1070 Ti.

The end result of this decision is that the GTX 1070 Founders Edition has the same power delivery and cooling specificaitons as the GTX 1080. Which is to say that it retains the same vapor chamber + blower cooling design, and the same 5+1 dual-FET power design. Similarly, that means the GTX 1070 Ti also has the same 120% power limit, and so extending the TDP to 216W. Otherwise, the PCB is exactly the same as the GTX 1080. 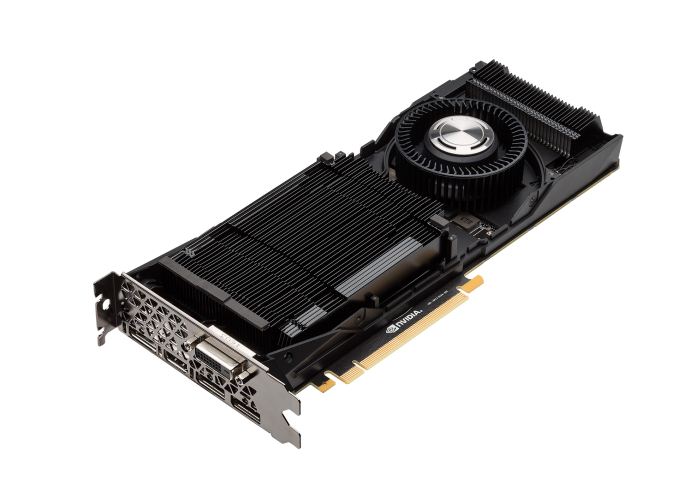 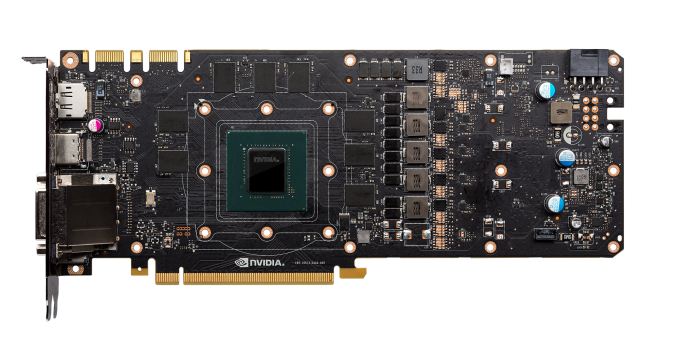 As we weren't provided with the GTX 1070 Ti PCB photos, we are using the GTX 1080 PCB with GDDR5X modules as an example. As with previous NVIDIA reference PCBs, the 5 GPU power phase and 1 GDDR5 phase is fine for stock operation and mild overclocking, rather than catering to the needs of hardcore overclockers. While not a major point, the Founders Edition isn't really apt to be pushed as a real "overclocking" card; it will boost a little higher but the user experience won't be significantly affected.

Finally, given the identical-to-1080 board design, the rest of the specifications should not come as a surprise. The 10.5" card requires a single PCIe 8-pin power connector for additional power, which combined with the 75W of the PCIe slot, gives the complete card more than enough power for its 180W TDP. Meanwhile on the display side of matters, the GTX 1070 Ti has 3x DisplayPort 1.4, an HDMI 2.0b port, and 1 DL-DVI-D port. The GTX 1070 Ti does support SLI, like all Pascal cards from the GTX 1070 and up.