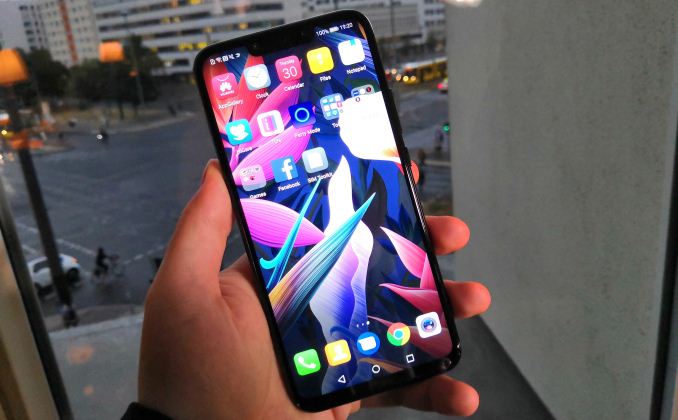 Alongside announcing the latest high-end Kirin 980 SoC, Huawei is also introducing the Mate 20 Lite to the UK market. This is a lower-end version of flagship Mate line, despite the Mate 20 coming later this year, however the Lite features an interesting SoC in the Kirin 710 while maintaining the Mate style ethos. Other key features on the device include the large screen size, the ability to run three apps in multi-tasking mode, and 3D ‘QMoji’, a different take on the animoji trend.

Mate 20 Lite: Anything But

Normally a ‘lite’ phone tends to be the smaller, more compact, and a budget version of the flagship product. The Mate 20 lite comes in at a super-large 6.3-inch display, 19.5:9 aspect ratio (2340x1080), and a notch to equate to an 81% screen to body ratio. Normally a phone that size shouldn’t be called Lite, but here we are. 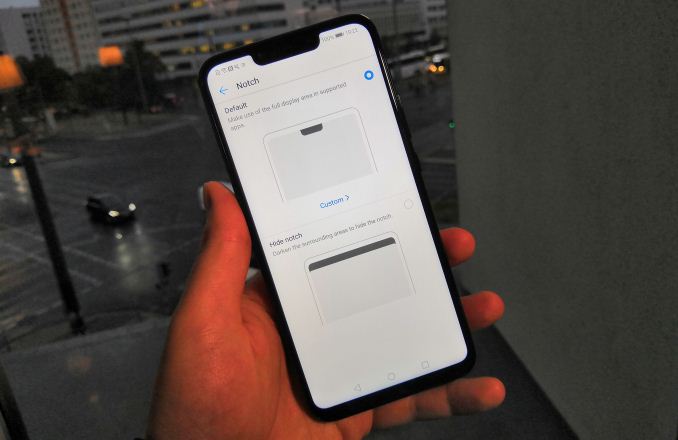 The Kirin 710 under the hood is a quad-A73 plus quad-A53 chip, seen previously in the Huawei Nova 3i which had a limited release. Huawei is promoting the use of AI heavily with this smartphone, although the chip does not have dedicated AI hardware, with the neural networks for photography running on the CPU+GPU. That GPU is the Mali G51MP4, so a relatively light graphics unit, and it’s all built on TSMC 12nm, so Huawei is also aiming for power efficiency and battery life here. In the Mate 20 Lite, the chip is backed with 4GB of DRAM and 64 GB of UFS 2.1 storage. 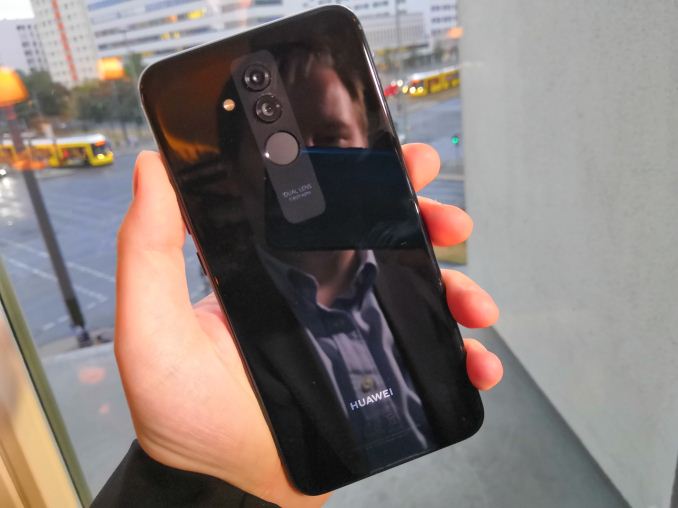 Another element that Huawei will be promoting is the use of quad cameras: two on the front and two on the back. Both pairs of cameras will have a main RGB camera and a depth sensing camera, primarily to implement after-capture bokeh. The main rear camera is a 20MP f/1.8 unit, paired with a 2MP depth camera, and the front camera is a 24MP f/2.0 unit, also with a 2MP depth camera. AI is applied on both sets of cameras, with Huawei promoting scenery recognition and other effects such as 3D portrait lighting adjustment. The secondary aspect to the camera is Huawei’s ‘QMoji’, a take on Apple’s animoji, with various characters and effects for a similar result. Video recording on the rear cameras can go up 480 fps. 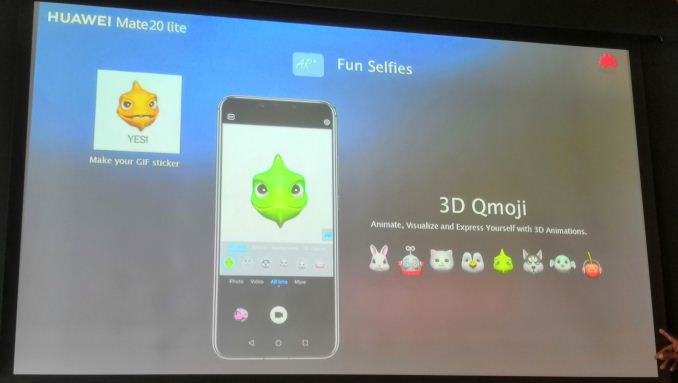 Also on the AI list is a shopping assistant, which is able to identify products and send you to the respective Amazon store, as well as AI noise cancellation which promises better call quality, and curated Albums from photos, with the ability to analyse scenes and locations to collate the similar venues and events into albums.

The battery in the device is listed as 3750 mAh, which Huawei says is good for up to 17 hours of video, or ‘2.3 days’ for a regular user. For gaming, Huawei is promoting its GPU Turbo technology, which promises higher frame rates at lower power.

After playing with the device for a short while, I can’t say I was overly impressed with the looks. Compared to the flair we usually see with Huawei devices, this one feels quite ‘standard’ rather than unique. The shape and the edge felt flat, and despite the edges being curved it felt fairly utilitarian. With that in mind, one of the features is the ability to run three apps at once while multitasking, which could potentially be useful. 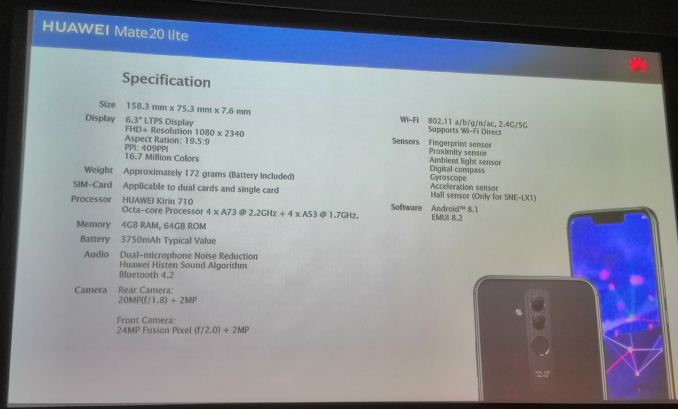 The Mate 20 Lite will be available in the UK from next Wednesday, and be priced at £379. Availability in other regions will be announced in due course.