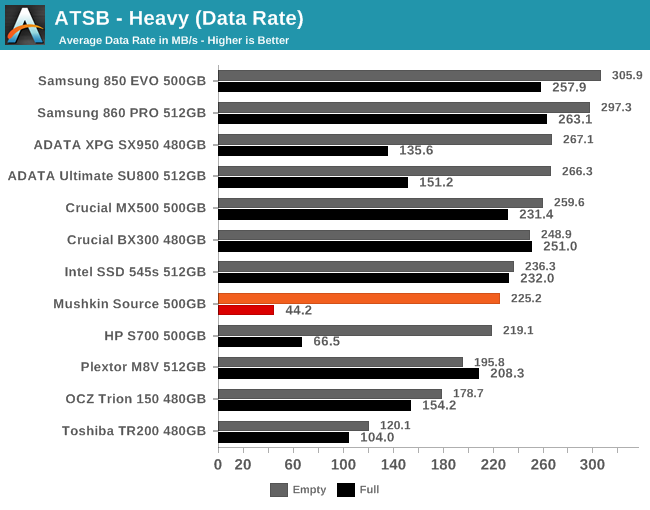 When the Heavy test is run on an empty drive, the Mushkin Source offers performance that is not too far behind many mainstream SATA drives. When the test is run on a full drive, the story is very different, and the Source's average data rate is lower than any of the other drives in this bunch, including the other two DRAMless SSDs. 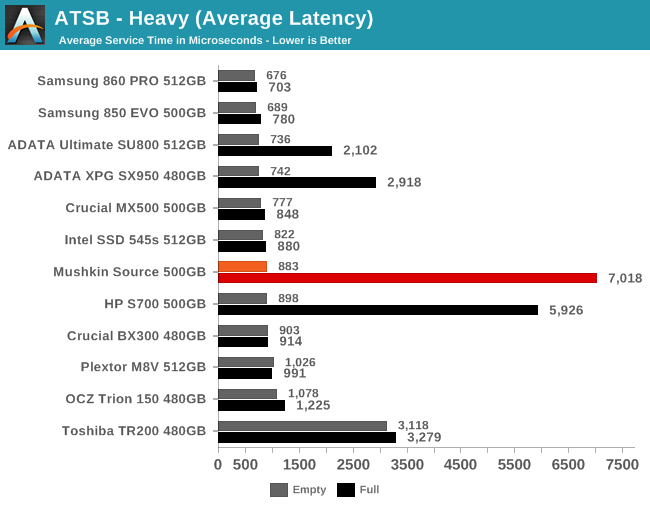 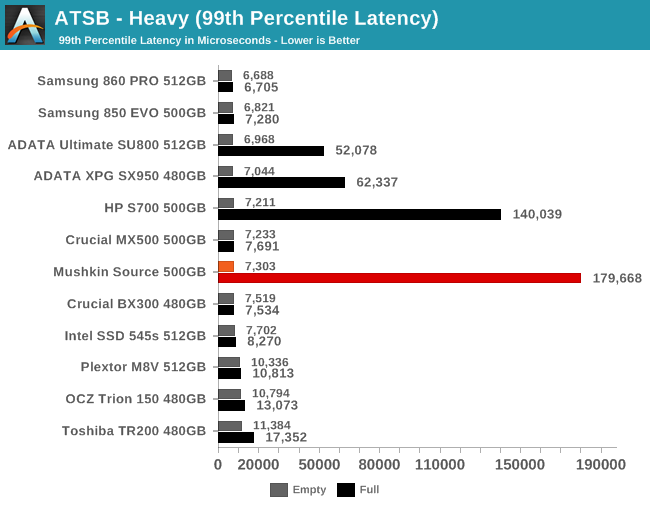 The average and 99th percentile latencies from the Mushkin Source during the Heavy test are reasonable when the test is run on an empty drive, but when the drive is full both scores are worse than either of the other DRAMless SSDs in this bunch. 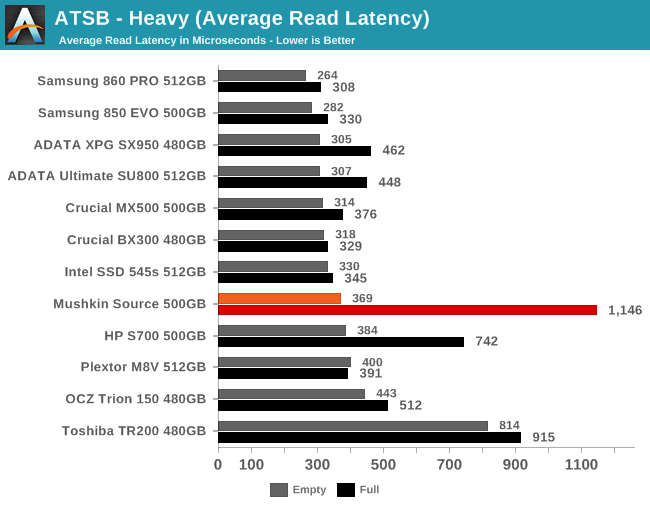 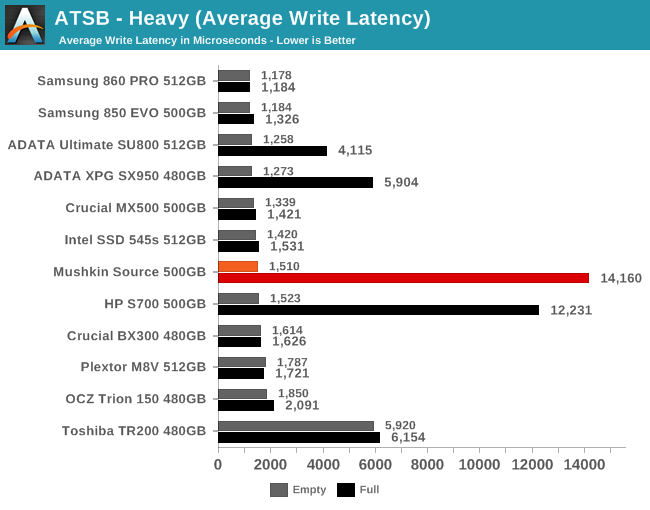 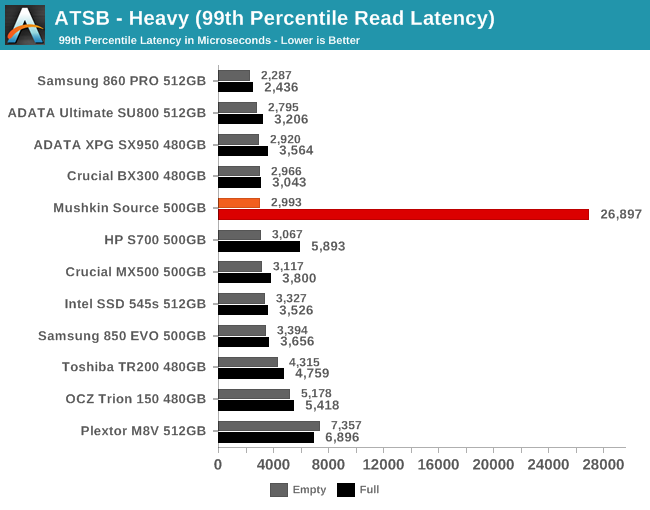 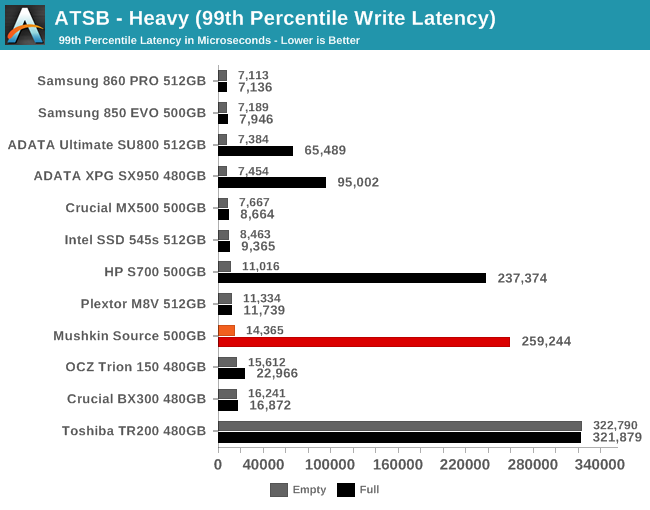 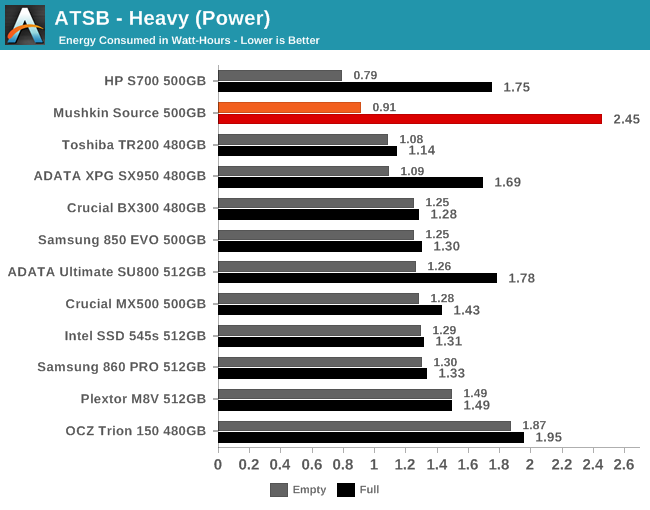 The disparity in performance between full and empty drive test runs carries through to the energy usage measurements. When the Heavy test is run on an empty drive and the Mushkin Source is able to make good use of its SLC cache, the power efficiency is also very good. When the drive is full and bogged down with too much background garbage collection, the energy usage is significantly worse than the rest of the drives in this review.