Our Light storage test has relatively more sequential accesses and lower queue depths than The Destroyer or the Heavy test, and it's by far the shortest test overall. It's based largely on applications that aren't highly dependent on storage performance, so this is a test more of application launch times and file load times. This test can be seen as the sum of all the little delays in daily usage, but with the idle times trimmed to 25ms it takes less than half an hour to run. Details of the Light test can be found here. As with the ATSB Heavy test, this test is run with the drive both freshly erased and empty, and after filling the drive with sequential writes. 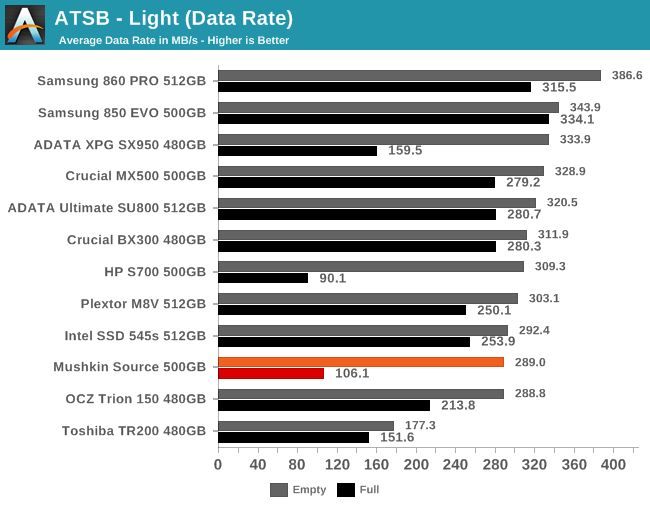 The average data rate from the Mushkin Source running the Light test is a bit slower than most mainstream SSDs, but the performance deficit is only severe when the test is run on a full drive. 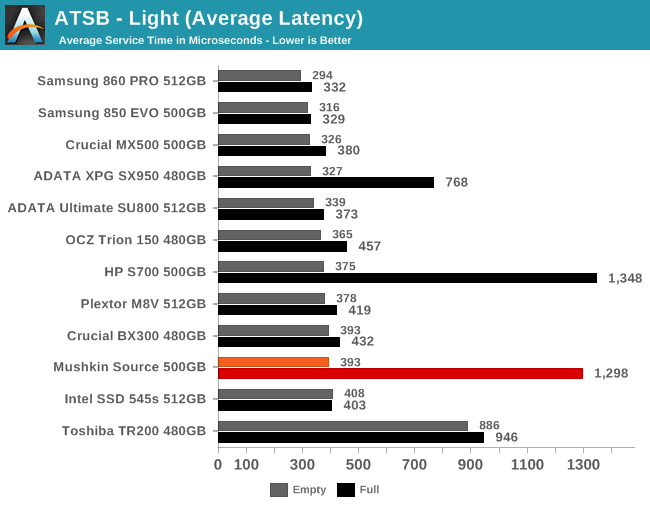 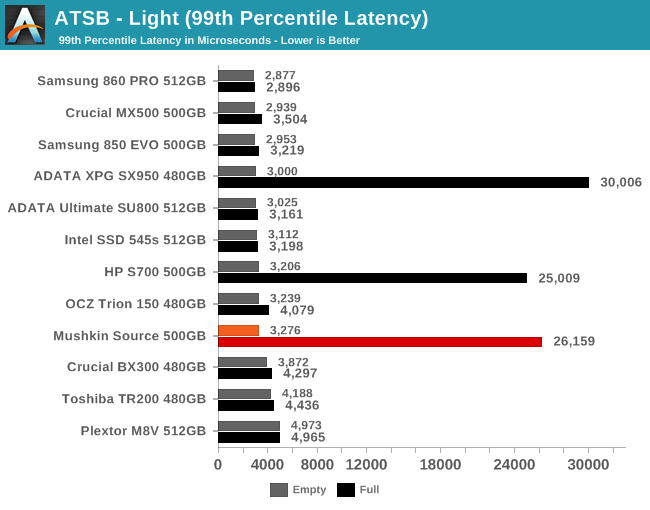 The average and 99th percentile latency scores for the Mushkin Source are typical for SATA SSDs when the Light test is run on an empty drive, but when the drive is full both latency measures are out of control (though not quite the worst we've seen). 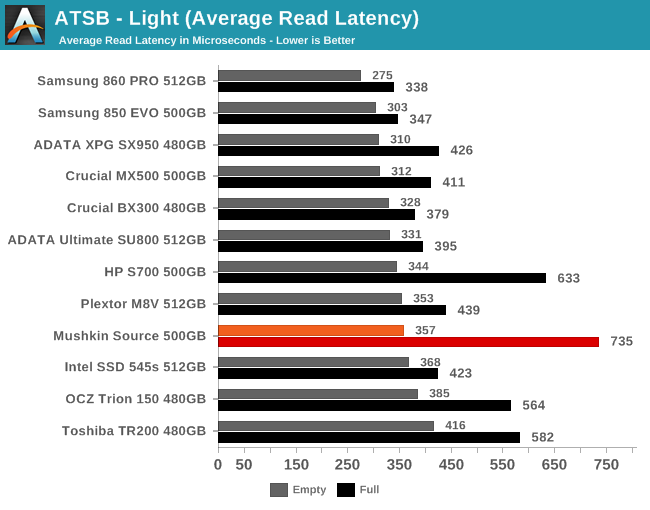 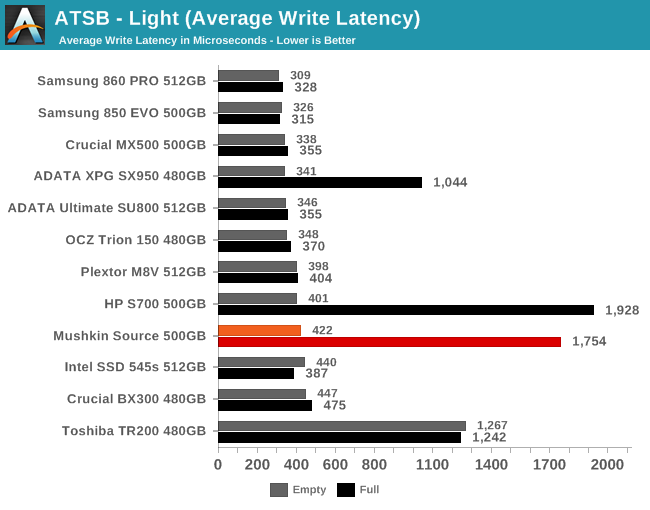 When the Mushkin Source is full, the average write latency degrades much more than the average read latency, which merely doubles rather than growing by a factor of four. 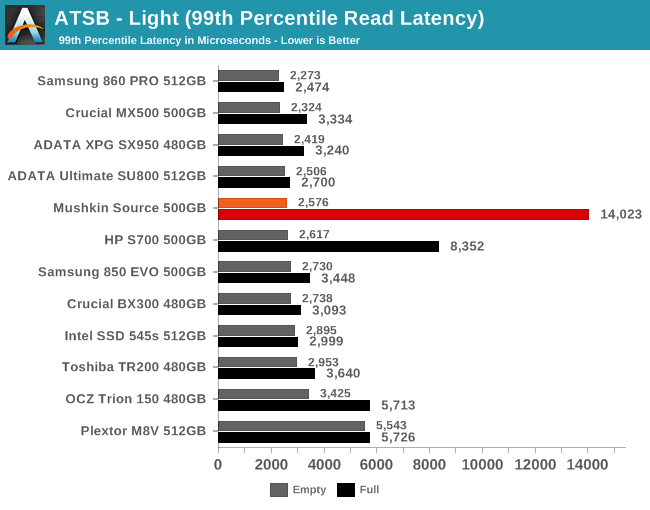 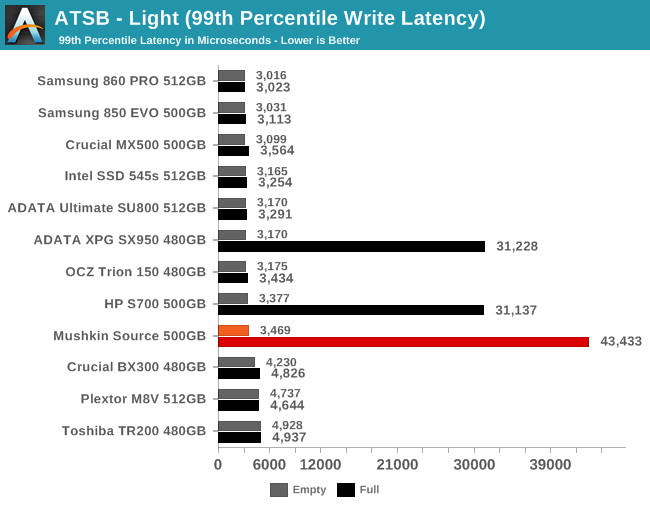 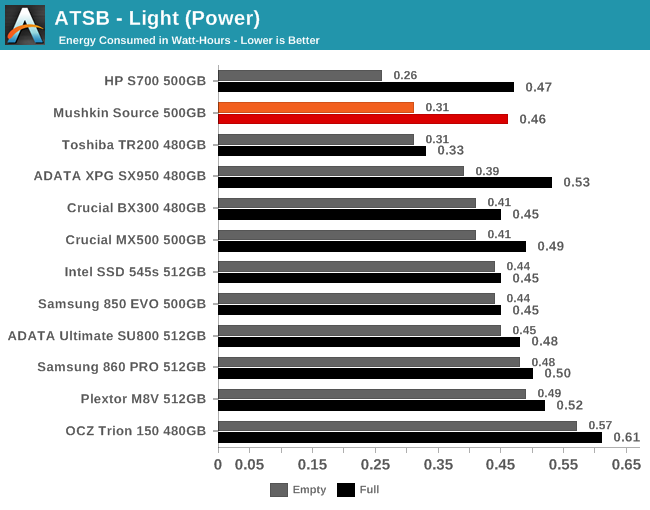 In spite of the poor performance when full, the Mushkin Source manages to have reasonable power efficiency when running the Light test on a full drive. When testing an empty drive, the Mushkin Source is significantly more efficient than the mainstream SATA SSDs that must power a DRAM cache.