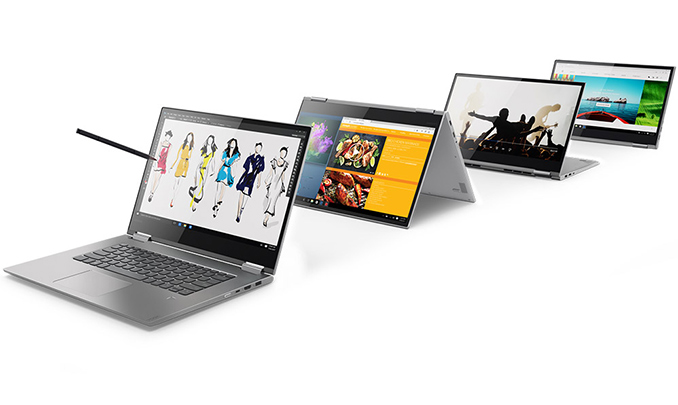 The key feature of the new Lenovo Yoga C730 is of course its 15.6-inch AMOLED display featuring a 3840×2160 resolution along with a very high contrast ratio (100,000:1), wide horizontal viewing angles, deep blacks, ultra-fast response time (e.g., 0.1 ms) as well as all the other advantages and disadvantages that the technology has to offer. The touch-sensitive monitor fully supports Windows Ink and comes bundled with Lenovo’s Active Pen 2 stylus that has 4,096 levels of sensitivity.

Internal hardware wise, the Yoga C730 with AMOLED generally resembles the product released several months ago. The laptop is powered by Intel’s quad-core 8th Gen Core i7 processor that belongs to the Whiskey Lake family accompanied by up to 16 GB of DDR4 memory and a 512 GB PCIe SSD. The notebook also has an 802.11ac Wi-Fi + Bluetooth controller, a Thunderbolt 3 port, two USB 3.1 Gen 1 Type-C connectors, an HDMI display output, and a 3.5-mm TRRS audio jack, JBL-badged speakers, a fingerprint reader, a 720p webcam, and so on. The laptop can work for eight hours on one charge and comes in Iron Grey. 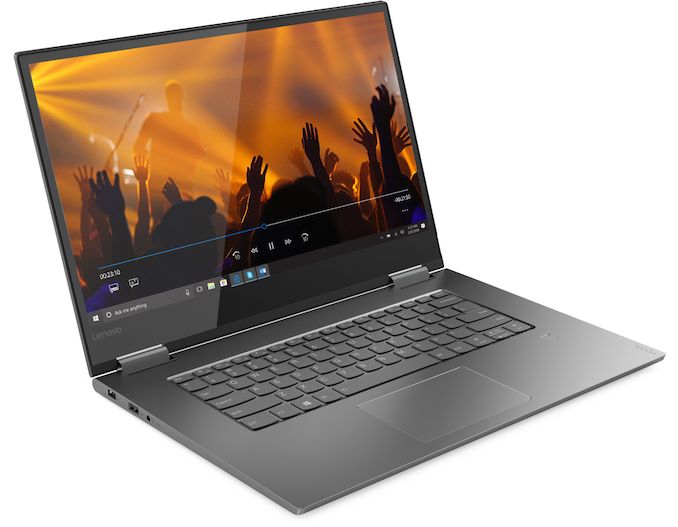 Lenovo has multiple Yoga-branded convertible notebooks in its lineup, most notably the higher-end and more compact Yoga C930 (14.5 mm z-height, 3.04 lbs/1.38 kg weight) as well as the somewhat less expensive yet more bulky Yoga 730 (~17 mm z-height, 4.16lbs/1.89 kg weight). For some reasons Lenovo decided to equip the latter with a premium monitor and rename it to Yoga C730. Evidently, an AMOLED screen will make the new Yoga C730 more attractive to those who value good displays, but it is still a bit surprising that Lenovo decided not to upgrade its flagship consumer convertible.

Lenovo’s Yoga C730 with AMOLED will be available starting March or April at an MSRP of $1,649. The Yoga C730 will not be the only 15-inch class convertible with an AMOLED screen as HP also introduced its Spectre 15 x360 with a 15.6-inch AMOLED monitor a couple of days ago.