The new Nova 5 and Nova 5 Pro are interesting phones because they are essentially the same device, with the peculiarity of having different SoC options: The Nova 5 in particular is the first phone to now introduce the new Kirin 810 chipset. The new chip features a combination of 2x Cortex A76 CPUs at up to 2.23GHz and 6x Cortex A55’s at 1.88GHz. In terms of GPU, Huawei has opted for a Mali-G52MP6 running at 820MHz. It looks like the Kirin 810 is extremely well positioned to compete against Qualcomm’s Snapdragon 730 SoC which was announced just back in April.

The Nova 5 Pro comes with the well-known Kirin 980 chipset, which has been powered Huawei and Honor high-end devices since last autumn. 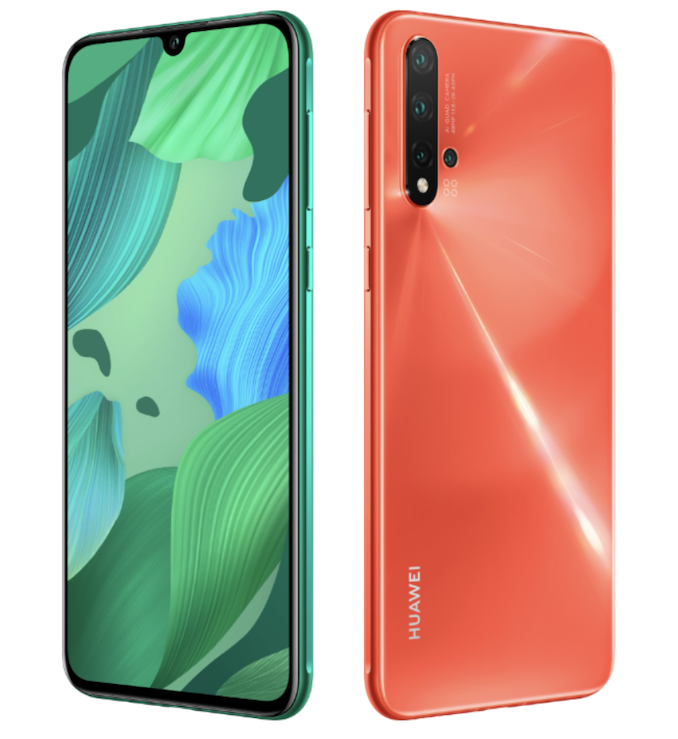 As mentioned, the key feature of the new Nova 5’s is that they’re Huawei’s first OLED devices at this price range. The phones come with a 6.39” panel with a resolution of 2340 x 1080 (19.5:9 aspect ratio). The phones also sport an under-screen optical fingerprint scanner.

In terms of overall design, it’s a very familiar look, and sports the modern bezel-less design with a teardrop camera notch. This camera is a 32MP unit with an f/2.0 aperture, the same we saw on the Honor 20 & Pro.

The phone is also characterized by a relatively slim design coming in at only 7.33mm. The 171g phone still manages to sport a 3500mAh (typical) battery.

In the camera department, the phone is well equipped and seems to feature the same Sony IMX586 sensor introduced in the View20 and sported in the Honor 20 series. The 48MP sensor comes with an f/1.8 lens, and it seems that it does lack OIS as Huawei doesn’t mention it in the specifications.

The second camera module is a 16MP f/2.2 lens, again, something we saw in the smaller P30 and also in the Honor 20. Both main and wide cameras resulted in very competitive shots in our hands-on review of the Honor 20 as well as the more expansive testing in the OnePlus 7 Pro review comparison, so we expect the Nova 5’s to perform just as well. 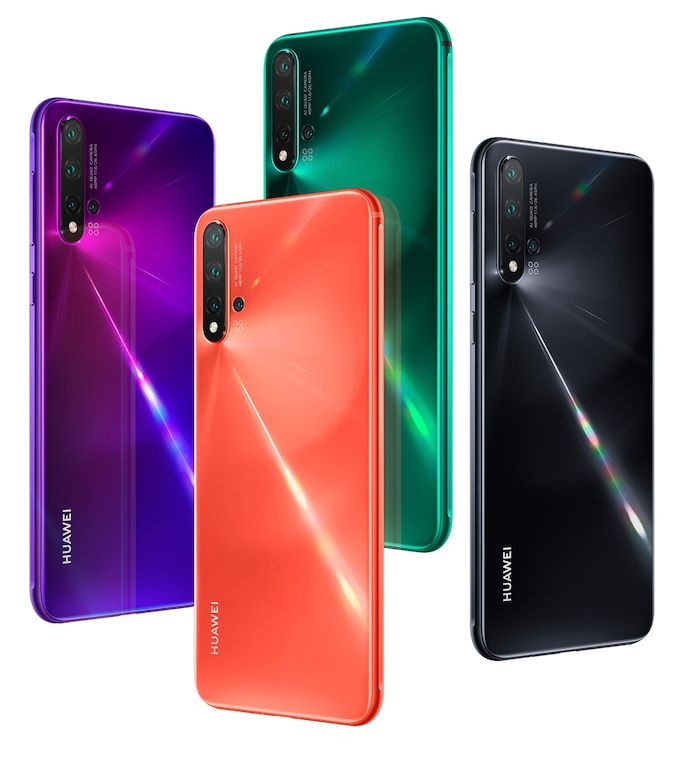 The oddity here is that Huawei features two further modules: A 2MP macro lens, and a 2MP depth sensor. Unfortunately the macro lens was a bit disappointing in the Honor 20 Pro, so we don’t have high expectation of it here. The depth module makes portrait shots possible as the phone lacks a telephoto lens.

Finally, the phone has no headphone jack, but Huawei provides the accompanying adapter along with headphones in the box.

The regular Nova 5 comes in a 8+128GB configuration for RMB2799 (~407USD) while the 5 Pro comes with 8+128GB at RMB2999 (~436USD) and 8+256GB at RMB3339 (~485USD). The phones come in four different colours, although the interesting orange version is exclusive to the Pro variant. The phones are current available for pre-order in China. We do not have any information about Huawei’s plans for the phone in western markets for the time being.