Configurations - Up to 4 GPUs at 6TFLOPs

Starting off with the smallest GPU building blocks, it’s good to remind ourselves how an Imagination GPU looks like – the following is from last year’s A-Series presentation: 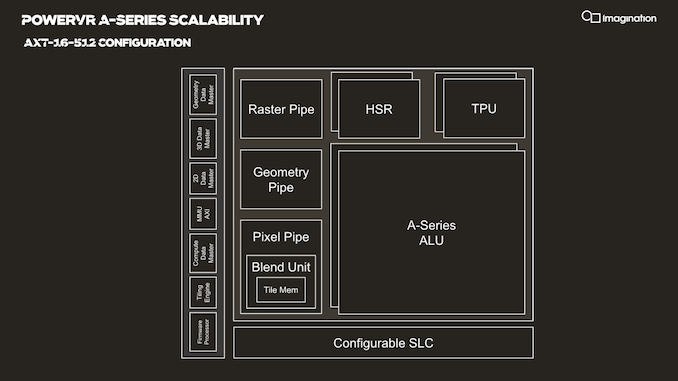 Fundamentally and at a high-level, the new B-Series GPU microarchitecture looks very similar to the A-Series. Microarchitecturally, Imagination noted that we should generally expect a 15% increase in performance or increase in efficiency compared to the A-Series, with the building blocks of the two GPU families being generally the same save for some more important additions such as the new IMGIC (Imagination Image Compression) implementation which we’ll cover in a bit. 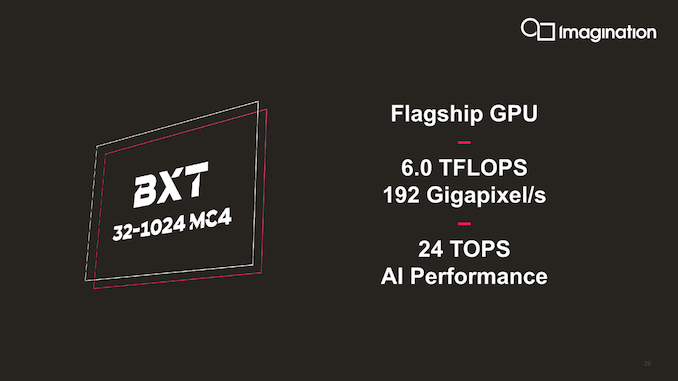 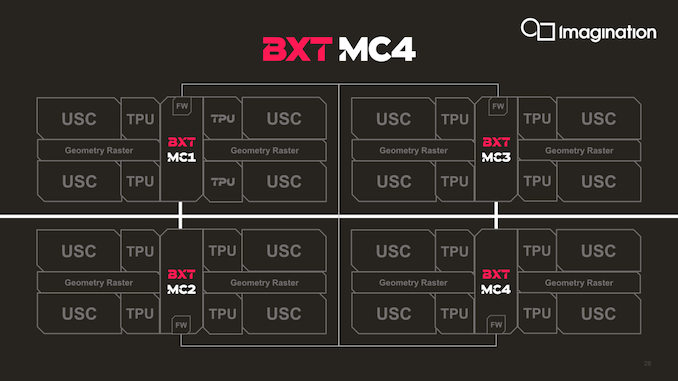 Imagination’s current highest-end hardware implementation in the BXT series is the BXT 32-1024, and putting four of these together creates an MC4 GPU. In a high-performance implementation reaching up to 1.5GHz clock speeds, this configuration would offer up to 6TFLOPs of FP32 computing power. Whilst this isn’t quite enough to catch up to Nvidia and AMD, it’s a major leap for a third-party GPU IP provider that’s been mostly active in the mobile space for the last 15 years. 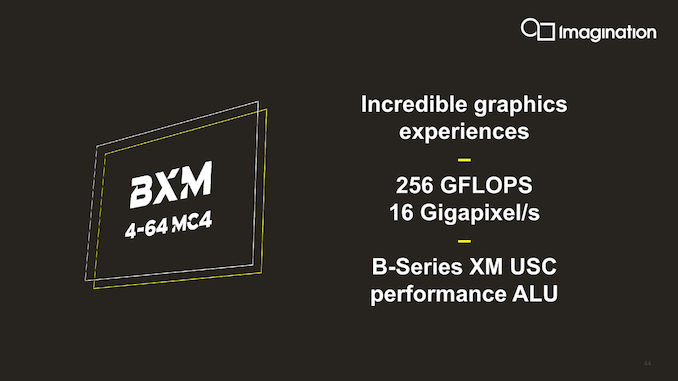 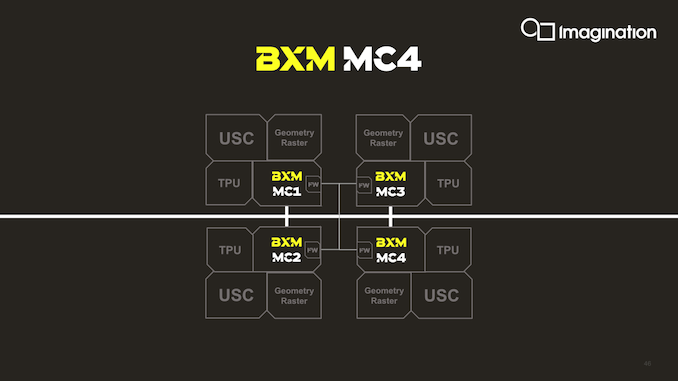 The company’s BXM series continues to see a differentiation in the architecture as some of its implementations do not use the ultra-wide ALU design of the XT series. For example, while the BXM-8-256 uses one 128-wide USC, the more area efficient BXM 4-64 for example continues to use the 32-wide ALU from the 8XT series. Putting four BXM-4-64 GPUs together gets you to a higher performance tier with a better area and power efficiency compared to a larger single GPU implementation. 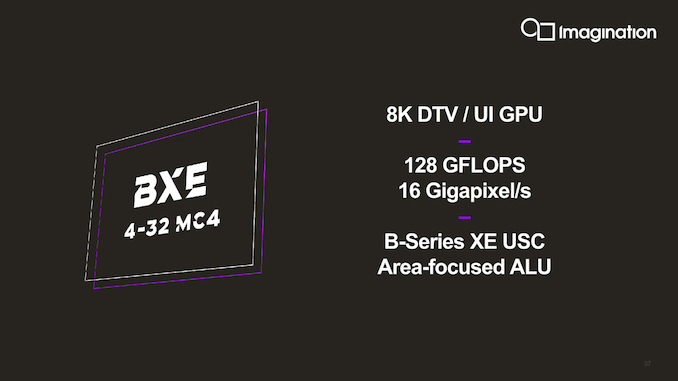 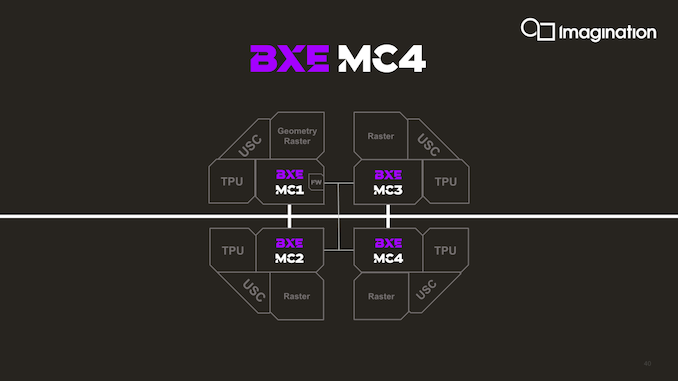 The most interesting aspect of the multi-GPU approach is found in the BXE series, which is Imagination’s smallest GPU IP that purely focuses on getting to the best possible area efficiency. Whilst the BXT and BXM series GPUs until now are delivered as “primary” cores, the BXE is being offered in the form of both a primary as well as a secondary GPU implementation. The differences here is that the secondary variant of the IP lacks a firmware processor as well as a geometry processing, instead fully relying on the primary GPU’s geometry throughput. Imagination says that this configuration would be able to offer quite high compute and fillrate capabilities in extremely minuscule area usage.

Putting the different designs into a table, we’re seeing only 8 different hardware designs that Imagination has to create the RTL and do physical design and timing closure on. This is already quite a nice line-up in terms of scaling from the lowest-end area focused IP to something that would be used in a premium high-end mobile SoC.

The big flexibility gain for Imagination and their customers is that they can simple take one of the aforementioned hardware designs, and scale these up seamlessly by laying out multiple GPUs. On the low-end, this creates some very interesting overlaps in terms of compute abilities, but offer different fillrate capabilities at different area efficiency options.

At the high-end, the biggest advantage is that Imagination can quadruple their processing power from their biggest GPU configuration. Imagination notes that for the BXT series, they no longer created a single design larger than the BXT-32-1024 because the return on investment would simply be smaller, and involve more complex timing work than if a customer would simply scale performance up via a multi-core implementation.