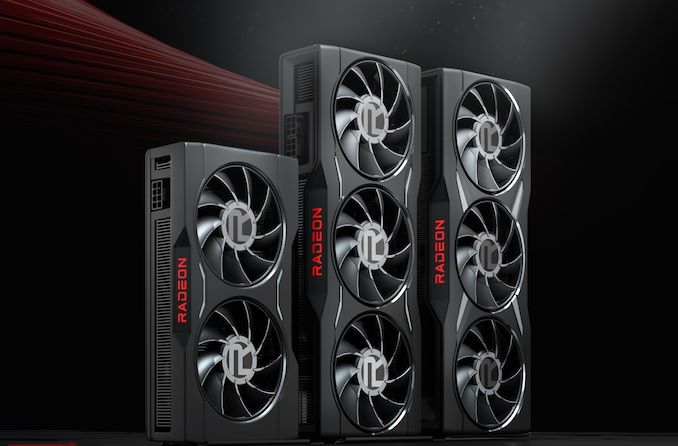 As retail video card prices drop back down to more normal prices following 18 months of cryptocurrency-fueled madness, AMD and its partners are quickly finding themselves with a new concern: AMD video card prices are dropping too much. As Ethereum mining profitability has plummeted, so has the price on video cards, especially the highest margin cards at the high-end of AMD’s product stack. As a result, the company is undertaking a rapid effort to shore up video card prices by bringing back game bundles with a new Raise The Game campaign.

The tried and true tool for boosting the value of video cards in slower times, game bundles are a favored tactic of video card makers to improve the value of their product, allowing them to improve their competitiveness or value to the consumer without changing the hardware itself. With the street value of a new AAA PC game going for $60 – and video card makers paying far less than that via bulk purchases and in-kind advertising – video game bundles are a relatively cheap way to boost the value of a product or otherwise stave off a more painful price cut. And while game bundles are a common fixture in more normal times, there hasn’t been a need for them in the past year as video cards have been quickly selling out without the additional help.

But as normalicy returns to the video card market and demand for new cards from miners has all but dried up (Ethereum mining profitability is now back to its pre-2021 levels), video card sales have dropped significantly. And so have their prices: in the last 2 days alone, the cheapest Radeon RX 6900 XT on Newegg has dropped from $949 to $849, which now puts it a good $150 below AMD’s original MSRP.

And while lower prices are a boon for consumers, they are potentially a real problem for AMD and their partners. In short, prices are dropping but manufacturing costs have gone up. Since the Radeon RX 6000 series launched in late 2020, TSMC has raised their 7nm wafer prices at least once, shipping costs have exploded, component prices are still running high due to ongoing shortages there, and inflation in the US since the start of 2021 is at 10%. So weak video card prices not only threaten profit margins for AMD and its board partners, but left unchecked, they risk putting video card manufacturing itself underwater.

The long and the short of matters then is that, as a result of prices falling, AMD is bringing back video game bundles to shore up the value of their video cards and to avoid further price cuts. And while the first video card video game bundle in almost a year would be newsworthy on its own, the speed at which AMD is assembling their latest bundle adds a whole new twist to matters. The rapid decline of cryptocurrency and video card prices means that AMD is taking the unprecedented step of launching the new video card bundle program before it’s entirely ready. Simply put, AMD hasn’t completely figured out what games they’re giving away yet – or even developed the promotional material for the campaign.

Taking things from the top, AMD’s new/upcoming game bundle is a fresh round of their Raise The Game campaign, which has been AMD’s slogan for video card game bundles for the last few years now. The campaign kicked off on Tuesday to coincide with the launch of the new Radeon RX 6x50 XT cards, and is being extended over the entire RX 6000 series product stack, from the $170 RX 6400 up to the new RX 6950 XT. As a result, at this moment all of AMD’s current generation video cards are now coming with a coupon code that can be redeemed for games once the campaign launches.

But, as mentioned earlier, AMD hasn’t completely nailed down what games they’re giving away in this promotion, or for that matter which games will come with which cards. Thus far the company has confirmed that the upcoming Saints Row game (due August 23rd) will be part of the campaign, as will the upcoming Sniper Elite 5 (due May 26th). And although AMD isn’t declaring whether one or both games will come with any given video card, it’s very interesting to note that the official terms and conditions for the program state that the “minimum ARV of the offer is $60.00 USD”, meaning that AMD is going to be giving away at least $60 of games for even their low-end cards like the RX 6500 XT and RX 6400. $60, in turn, is enough to cover one AAA game, though that doesn’t preclude AMD from instead bundling multiple cheaper games, should they add any to the pool of games for the campaign.

Finally, at this point AMD isn’t stating when the new Raise the Game bundle will formally launch. Being generous, there’s a good chance they don’t know themselves. What is known, at least, is that the current campaign is set to end in three months, on August 13th. Which, if it’s anything like previous game bundle offers, is likely to be extended if video card prices still need the support.

It goes without saying that AMD’s new game bundle effort is without precedent. Neither AMD nor NVIDIA have previously launched a game bundle without explicitly and meticulously disclosing what games come with what products. Which in turn underscores how strange the current video card market is coming, and how quickly AMD is having to act to shore up video card prices amid the rapid decline of cryptocurrency prices. And to editorialize for just a moment, while we have no problem with video card companies using game bundles as a value-add item for their video cards, it’s a very big ask of the gaming community right now to blindly participate in this program. Which may very well undermine its effectiveness in shoring up video card prices, at least until AMD fully launches the campaign and details the games that are included.

In any case, while the madness of the last 18 months has come to an end and video cards are once more becoming plentiful, clearly the strange times haven’t quite come to an end. As always, we’ll have more once AMD fully launches the new Raise The Game bundle.