The Slider's battery life just isn't as good as the Transformer. There's the obvious lack of a second battery holding the Slider back, but even compared to the Transformer sans dock I found the Slider wouldn't last as long on a single charge. The situation worsens when you slide out the keyboard. The Slider has to actively poll the keyboard for input, which in turn reduces battery life. 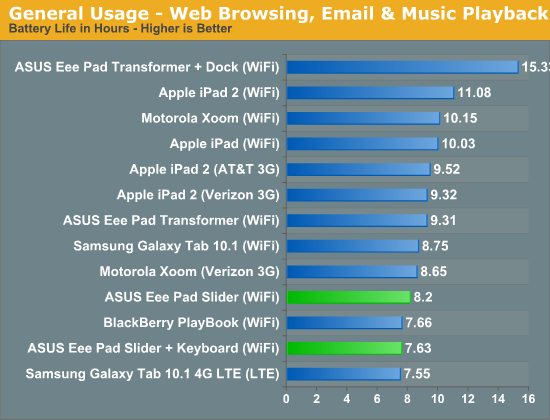 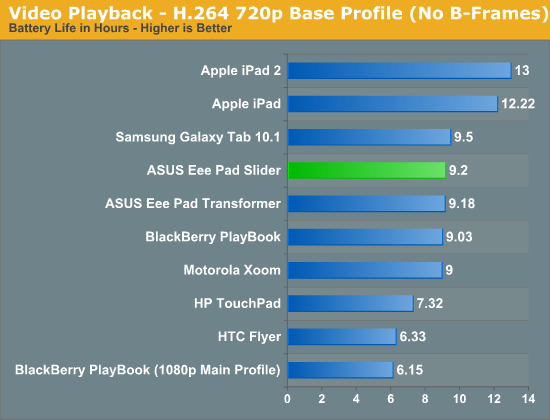 In our video playback test the Slider and Transformer were basically equal, however in our general use test (web browsing + email + music playback) the Slider only lasted 8.2 hours compared to the Transformer's 9.3. Obviously there are many variables that could be at work here. The big news is the impact simply having the keyboard open has on battery life. The Slider still lasts longer than most high-powered notebooks, but in the ARM-based tablet world it's below average. 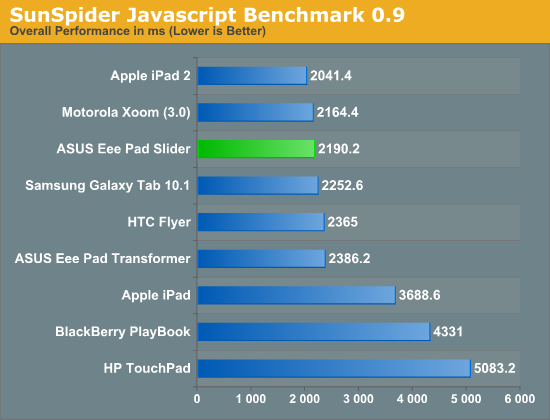 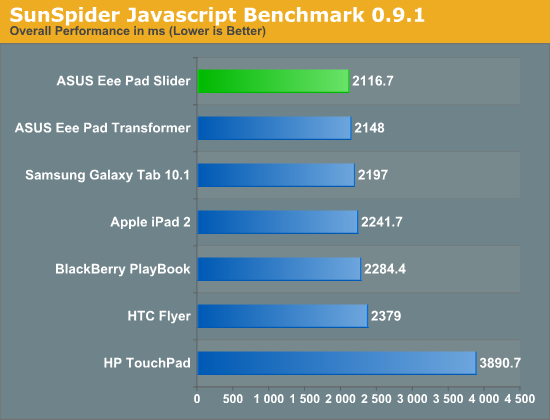 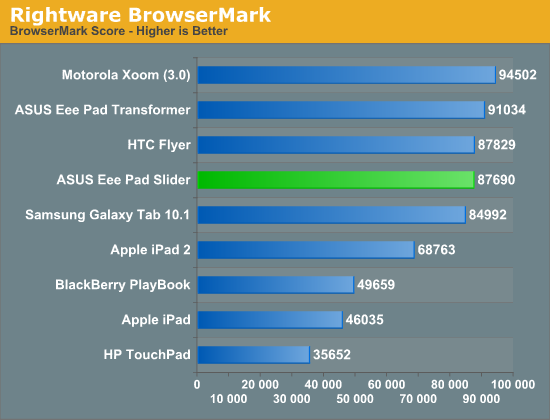 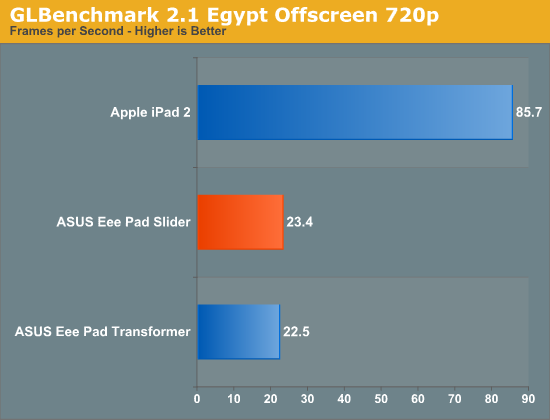 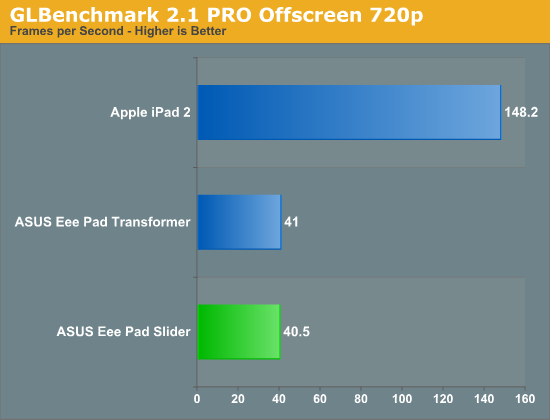 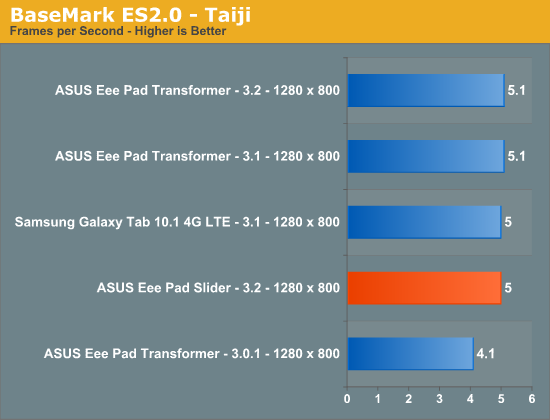 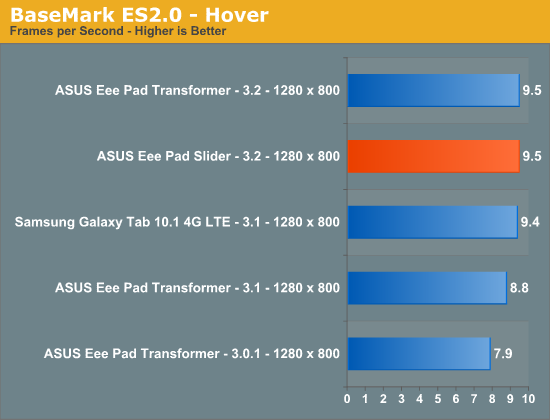