Network attached storage units have started becoming popular with the rise of powerful home networking solutions. Almost all mid-range and higher routers ship with USB ports. However, the transfer rates over USB are not quite satisfactory for most users. Many mainstream consumers also don't want the burden of configuring and running a NAS with multiple hard disks. On another note, companies like Apple and Google as well as startups like Dropbox and Box.net have made the cloud a buzzword amongst consumers. However, many users are still wary of trusting third party servers with the files. Western Digital has tried to address these two concerns with the My Book Live lineup. 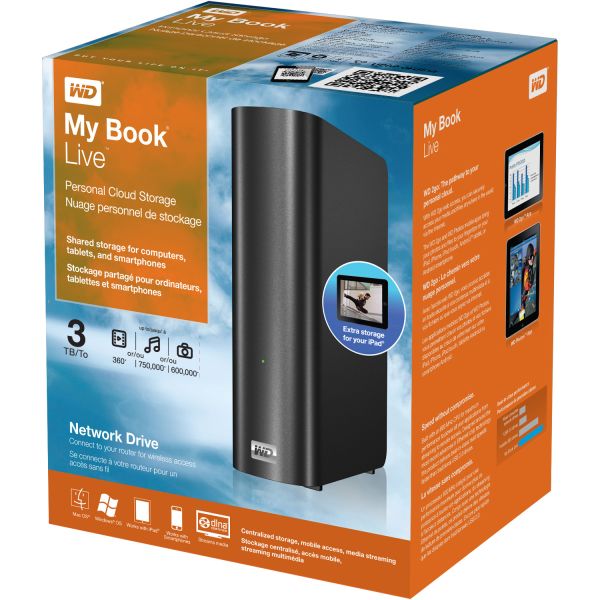 The My Book Live lineup consists of 1 TB, 2 TB and 3 TB Western Digital hard disks in an external enclosure with a GbE port and a power adapter port. I had mentioned in one of the earlier NAS reviews that we have stopped seeing PowerPC based NAS platforms. With the Intel Atom pushing out Marvell chipsets from the mid-to-high end NAS market, Marvell chipsets took over the low end market based on the PowerPC platforms. Today, PowerPC platforms power network attached hard disks such as the My Book Live we are dealing with today. 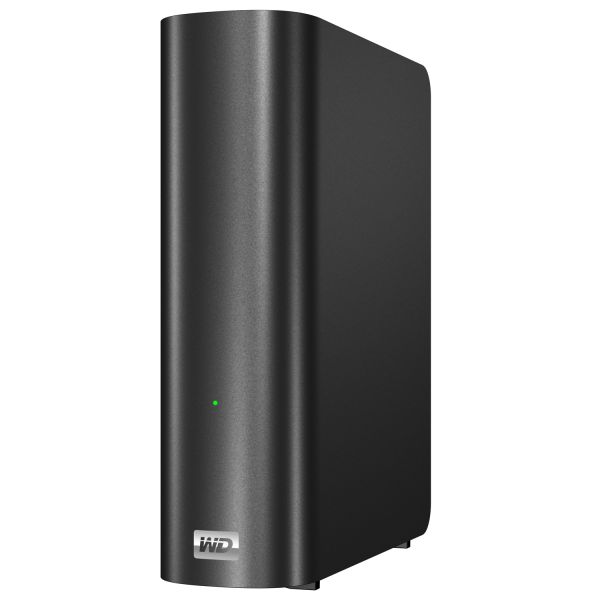 The My Book Live is based upon the APM82181, a 800 MHz PowerPC 464 based platform (PDF). It has a host of features which are not utilized by the MyBook Live. For example, the PCI-E ports as well as the USB 2.0 OTG ports are fully disabled. The SATA port and GbE MAC are the only active components. The unit also has 256 MB of DRAM. 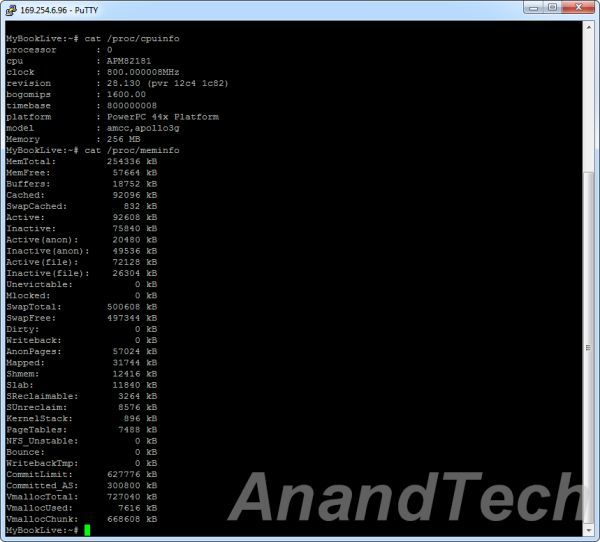 Before going into the review in detail, it is necessary to set expectations right. Potential customers should realize that the My Book Live doesn't provide data redundancy or availability. At best, it can complement an existing NAS in the network. This is aimed at users who want to add centrally accessible storage to their home network without the cost burden or setup hassles of a full fledged NAS. Even though the unit doesn't provide NAS features, it does include features to create periodic backups of its contents.

Western Digital sent us the the 3 TB version of the My Book Live for review. The unboxing and setup impressions, benchmarking results and a walkthrough of WD's personal cloud features are the various aspects covered in the rest of the review.