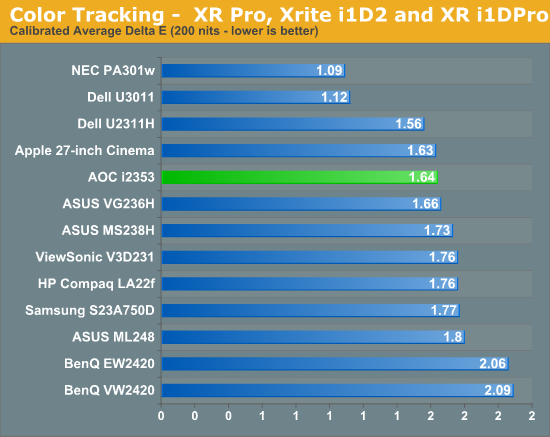 Here we see that the AOC calibrated down to an average dE of 1.64, which is pretty common. When I looked at the results some more, I got a little curious and also decided to see what the median color error was for all the displays. The Gretag Macbeth color checker includes some shades of blue that are at the very edge of the sRGB colorspace, or totally out of it in the case of one sample. In these cases if the display can’t reproduce those shades, the average dE for it might be thrown way off, but the median dE could still be very low since it does a very good job with the colors it can reproduce. 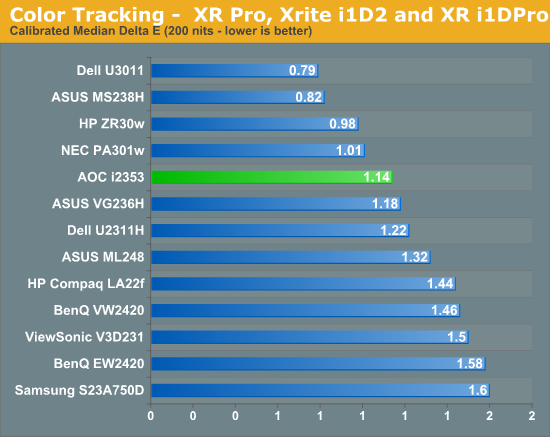 Looking at the results, we can see that the AOC has a much lower median dE than some monitors that produce a lower average dE. When we get to the color gamut data later in the review, we will see that the AOC has a smaller than average gamut, which is leading it to have larger than average errors for color samples on the edge of the sRGB colorspace. In effect, the conclusion we can pull from this is that the AOC can’t produce as many colors as other reviewed displays, but for those that it can produce it does so more accurately. Results like this are why you can’t just look at a lower dE and assume that a display will automatically be better than another display with a higher dE, as it’s just a single number that only tells part of the story.

For people that might use the AOC for press work, or prefer a dimmer display in a dark room like myself, I also calibrated the display to 100 nits of brightness and then took another set of readings. 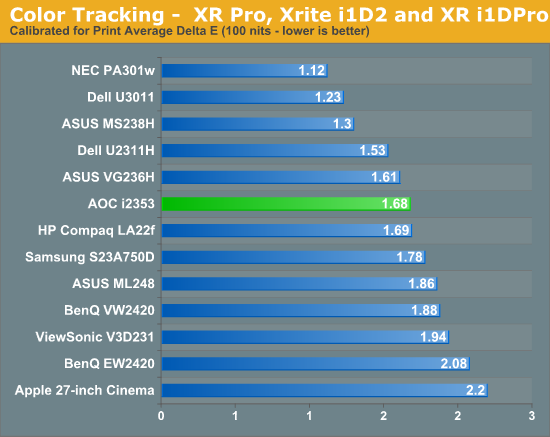 The numbers for 100 nits are almost identical to those for 200 nits. The grayscale is good, and the large errors are all contained in shades of blue, as we would expect.