At the very top of HTC’s new lineup are three flagship devices: the One X, its cousin the One XL, and the One S. I say flagship because HTC’s One S is really a device with a level of fit and finish beyond the rest of the high-end to midrange device category. Don’t let its diminutive size and 4.3" display fool you, the One S packs a lot of punch. It’s almost funny to write it, but the T-Mobile One S has been the device I’ve been reaching for more often than a few other larger size phones for a while now. For those wanting a device with arguably the best in-hand feel around, and an outline that isn’t large like the norm, the One S might make more sense than the One X. 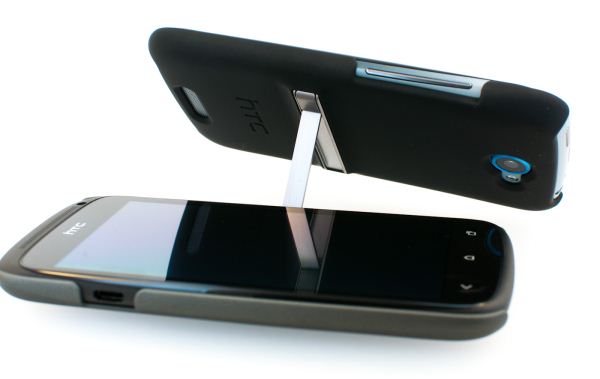 First off, the One S is internally very similar to the HTC One X (AT&T) or HTC One XL - it includes essentially the same dual core Snapdragon S4 Krait SoC at 1.5 GHz with 1 GB of LPDDR2 RAM. The only change is in cellular baseband, which gets reflected in the SoC’s name (MSM8960 for connectivity including LTE, MSM8260A in the case of the One S for GSM/EDGE and dual-cell WCDMA).

Superficially, however, the One S is completely different from the One X. The One S eschews the unibody polycarbonate frame for a metal frame with a unique twist - it tapers and gets thinner at the center. Coming from so many devices that are shaped like a water droplet or sphere (and thus bulge out in the middle), holding the One S is almost shockingly different at first. 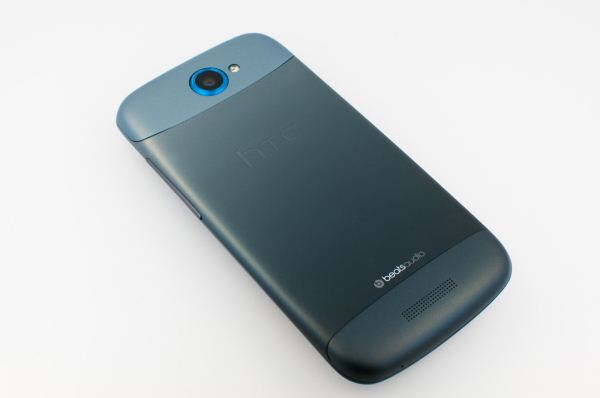 I’ve written before that I honestly think HTC won the industrial design category this time around - the One S is exhibit number one in my case for that argument. The combination of a Super AMOLED display and this unique metal construction helps the One S be very thin as well. It’s 7.8 mm at its thinnest point. 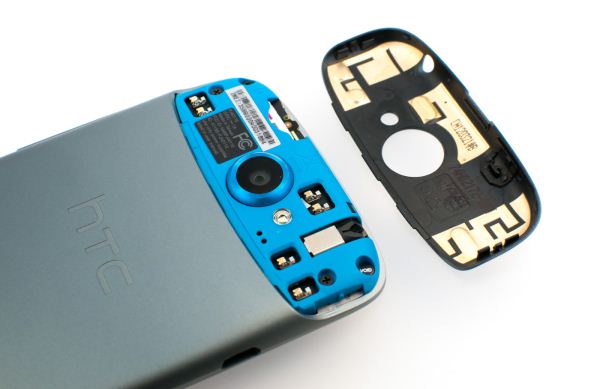 Up at the top and bottom are plastic soft touch inserts which double as RF windows for the One S. The one at the very top pops off to reveal the phone’s microSIM slot, IMEI number, and regulatory stickers. As usual HTC has its gold springs here which push and mate up with the antenna traces on the backside of the plastic - there’s WiFi, BT, GPS, and the WCDMA diversity antenna up here. This isn’t the first time HTC has used plastic elements that snap on or off as antennas before, either. The cover is easy to snap on and off, and there’s HTC’s trademark splash of color on the plastic exposed underneath. Note that just like the HTC One X, there’s no microSD card slot, so the 16 GB of onboard storage is what you get. That, and a sealed internal battery.

Up at the very top is the 3.5mm audio jack, secondary microphone port for noise cancelation on calls, and the standby/lock button. I have no complaints about the button placement or clickiness.

Like the One X, HTC has placed the microUSB port on the left side about three quarters of the way up the device, which means you can use the device portrait without having the USB plug get in the way of your hand. I also still suspect that like the One X, the PCB is in this upper region, leaving the bottom portion of the device entirely for battery.

The right side is home to the single piece volume rocker which I have no complaints about. It’s clicky and excellent. 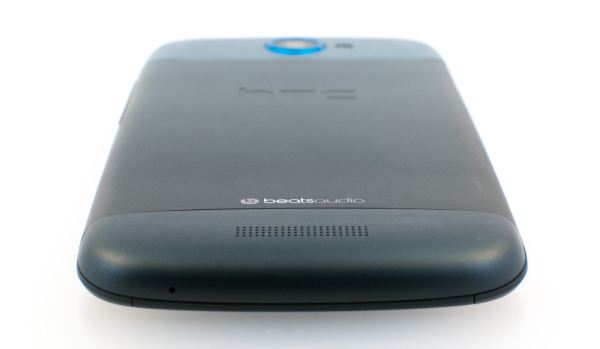 The bottom is home only to the primary microphone port, which is on the plastic RF window region. Also in this region on the backside is the One S’ speakerphone grille, which is a grid of laser cut pinholes just like the One X. 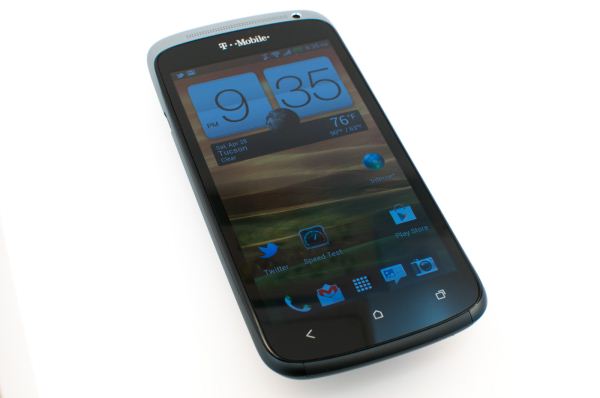 On the front, we have the 4.3" SAMOLED display and three capacitive buttons (back, home, and the task switcher). Up at the top are the earpiece grille (again, pinholes) and behind this grille is the two-tone notification LED. At far right is the VGA front facing camera. I have no complaints with the fit and finish here, although the notification LED on the One S is likewise difficult to notice at a glance unless you’re aligned perfectly normal (in the angular sense) to the phone’s front surface. 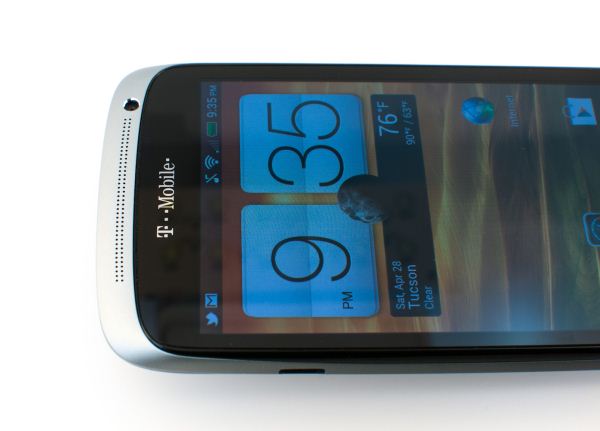 The LED glows orange when charging and turns to solid green when fully charged, in addition to blinking green for other notifications. I will say that it’s rather unfortunate that the One X and One S have such hard to see notification LEDs. It’s even more puzzling because the One V has a positively excellent notification LED. 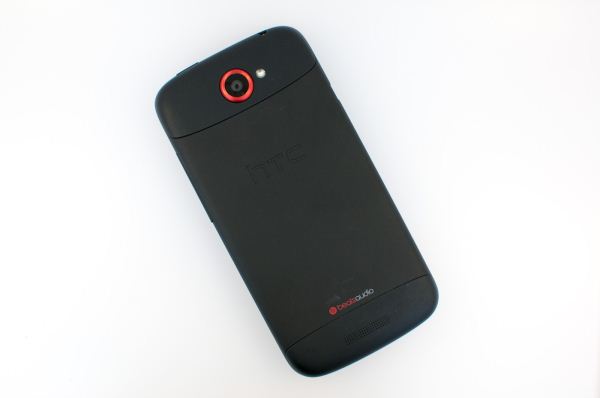 I guess that brings us to the backside, which again is rather unique with its center taper. The metallic frame is either subjected to HTC’s micro-arc oxidation process (if it’s black, like our International One S) or otherwise left untreated like the T-Mobile One S. There’s a difference in the texture between the two, but it isn’t super dramatic - the micro-arc oxidized International One S (which is black) feels somewhat coarser. Honestly, I find both of them very appealing when it comes to their in-hand feel.

The other best part is that because the One S is metal, I haven’t seen any of the plastic wearing or scuffing that I did with the One X. The device does rest planar with flat surfaces and make contact on the plastic regions, but because the surface is a more traditional soft touch finish the contact scuffs tend to buff out rather than become permanent fixtures like they do on the One X.

I can’t emphasize enough how much I enjoy the form factor of the One S. In a world where it seems like every smartphone OEM is in a race to see just how big they can make their phones before people start either complaining or creating a niche market for clothing with oversized pockets, the One S is a refreshing lesson that sometimes size isn’t everything.

As an aside, it’s kind of wearing on me that so much of smartphone form factor discussion is purely about device size anymore. It’s superficial, and plus, what would Freud say?

HTC has gone along with the increasingly popular route of making cases for its own phones. This approach does make sense - the OEM ostensibly already has the CAD files for building a case which perfectly matches the exterior parameters and tolerances of the phone, and knows it better than anyone. Plus, why lose out on the accessory revenue? Apple and Samsung both do it, after all. 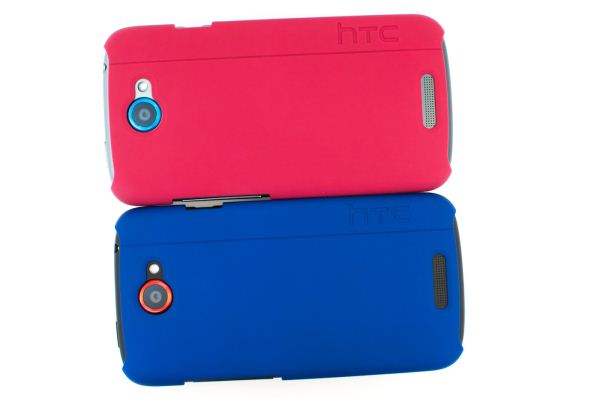 In the case of the HTC One S, there are two different case designs available, and a variety of colors. One includes a kickstand and is slightly thicker to accommodate it. Both are pretty simple and protect the back and sides with a hard polycarbonate soft touch material. The front is not protected, for that you’ll need a screen protector. 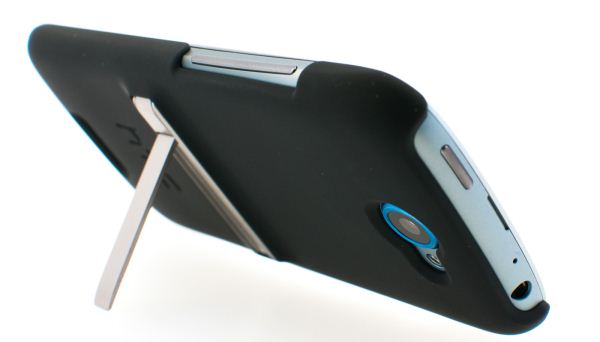 HTC sent us their whole variety of cases for the One S and I’m extremely pleased with them. The case snaps on around the back and side of the One S and has appropriate cutouts for the external ports and buttons. Most impressive is the way the case still communicates the center taper, which is probably one of the One S’ largest unique design elements. Further, the material doesn’t feel cheap or plasticky at all - I’ve always come away impressed with the coatings HTC goes with for its soft touch material. 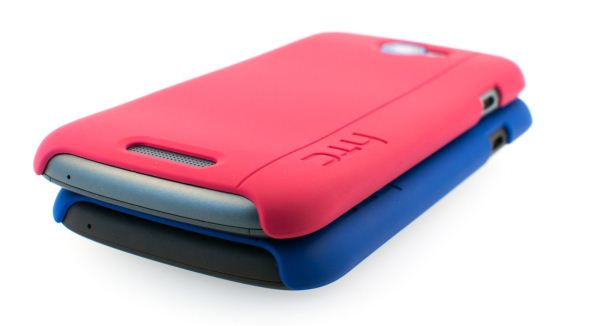 I’ve carried around my T-Mobile One S in the kickstand-less grey case for a while now and have no complaints at all. It’s excellent and hasn’t scuffed or peeled at all. Even though HTC advertises the micro-arc treated International One S as not needing a case, it still makes sense to have one to prevent against deep scratches that can reveal the un-oxidized material underneath.

Speaking of the metal material, it’s worth talking about HTC’s metal treatment process. In the case of the HTC One S, it’s a “micro-arc” oxidation treatment, which you can see in one of their own videos taking place. Unfortunately that’s about all the detail there is out there about the HTC One S’ treatment, other than that it is both more than a coating, and only applies to the International HTC One S, not the T-Mobile One S which is blue.

I asked one of my materials science and engineering masterminds, Matt Goodman, what he thought about the process. He replied with the following:

Looks like some sort of plasma arc process. There are all sorts of insane oxides you can deposit via e-beam or plasma sputtering of some variety. I recall that some media player that I had had this sorta coating back in 2005ish, but it is still far from mainstream. Google for metallic glass coatings, basically nano/micro-grain ceramics. Wickedly strong especially if they are well bonded to the metallic substrate.

Based on the visible plasma in the HTC video, and some quick googling, I’d say it looks fairly obvious that some sort of sputtering is involved with the One S treatment process.

As I noted before, the HTC One S International version (which is black) feels different in a subtle way from the HTC One S on T-Mobile which lacks this treatment. It definitely sets the hardware apart and makes the in-hand feel of the device one of the most, if not the most, unique in recent memory. It’s funny that HTC notes in their micro-arc video that you don’t need a case (even though they have made first party cases for the device). That said, I haven’t had any of the scuffing or rubbing issues that were popularized immediately after the device’s release.