For Linux users, Matrox has been one of the most important video card manufacturers for quite some time. Traditionally, their cards have enjoyed the best support due to their crisp 2D quality and willingness to open their specs, at least to some extent, to Linux developers. Unlike Windows users, Linux relies on the development efforts of the community to develop drivers for their products. Without the benefit of in-house driver development, cards often come to the market long before drivers are available, if ever.

However, things are changing. With the growing popularity of Linux, video card manufacturers are taking notice. For the Matrox G400 and G450, Matrox contracted Precision Insight to develop drivers. While not in-house, the effort was financially supported and ensured proper support for their products under XFree86. Elsewhere, NVIDIA signed a contract with SGI and VA Linux to help codevelop drivers themselves. Their goals were to unify as much code as possible between Linux and Windows. Their drivers are now up to revision 0.9-5, which was released 9/6/2000, and are not based on DRI (although it works similarly). By using the same code base for both Linux and Windows drivers, they have quickly become one of, if not the fastest performing Linux 3D video card.

So, the question remains, with the advanced NVIDIA drivers available, does Matrox still hold the crown of "best supported card under Linux?" Further, since the Linux gaming market is still quite small, is 3D acceleration the most important factor in determining what card to get? Now that XFree86 4.0.x is available and Linux users have proper multi-monitor support through the Xinerama extension (that combines multiple displays into a single logical root window), multi-head has become the thing to do. It seems almost every website in Linux land has a screenshot at 2560x1024 or 3840x1024 resolution. Further, Matrox has recently released G450 drivers for Linux that support their Dual Head functionality. Will this become the card to have? 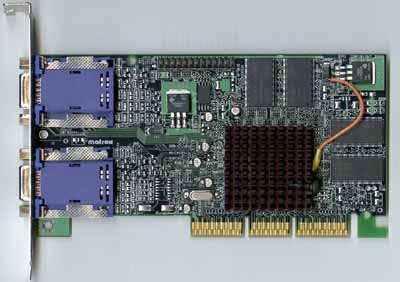 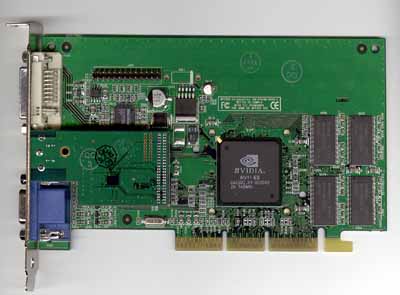