Wireless networking has been making rapid strides in the last decade. Starting with the 11 Mbps 802.11b in mid-1999, we now have more than 1 Gbps of wireless throughput with 802.11ac. Wi-Fi technologies have worked in the 2.4 GHz and 5 GHz bands till now. Many companies have tried to use the 60 GHz band for communication (mainy wireless video). WiGig is a 60 GHz technology aimed at wireless data transfer similar to Wi-Fi. However, operation in the 60 GHz band implies that it is meant to be more of a in-room technology. WiGig is being standardized under the 802.11ad task group.

Wilocity is one of the leading WiGig silicon vendors. They have been demonstrating their solution in various trade shows over the last year or so. In fact, we had covered their docking solutions at the 2012 CES as well as Computex 2012.

One of the main challenges for WiGig was to gain market traction. Something had to make a business case for WiGig and Intel's Ultrabook initiative emerged as the perfect opportunity. Pitching a standalone 60 GHz solution wasn't going to cut. So, Wilocity teamed up with Wi-Fi vendors to present a tri-band solution (2.4 GHz, 5 GHz and 60 GHz) to the notebook manufacturers. Qualcomm-Atheros was one of their first partners and they also teamed up with Marvell recently. As you can see from our earlier coverage, Wilocity pitches WiGig based docking stations for Ultrabooks. With the Windows 8 product launches, we are seeing the first such device making its way into the hands of the consumers. 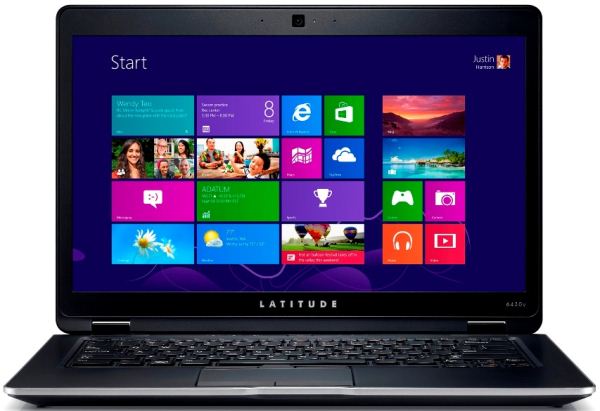 The Dell Latitude 6430u Enterprise Ultrabook (the first Ultrabook in the Latitude line) incorporates the Wilocity / Qualcomm-Atheros tri-band chipset for the wireless docking and networking capabilities. The Dell WiGig-enabled docking station (also powered by Wilocity, obviously) enables the Ultrabook to wirelessly connected with a number of I/O devices such as external GPUs, storage, peripherals and expansion slots. It is no wonder that Dell is the first to market with a WiGig solution, considering that they are one of the founding members of the WiGig Alliance.

Pricing for the Ultrabook (as well as the docking station) is not yet public, as both are expected to be B2B solutions. The response to the Ultrabook / dock will be interesting to watch, as it will be an indicator of when (and whether) the solution will become available to consumers directly.