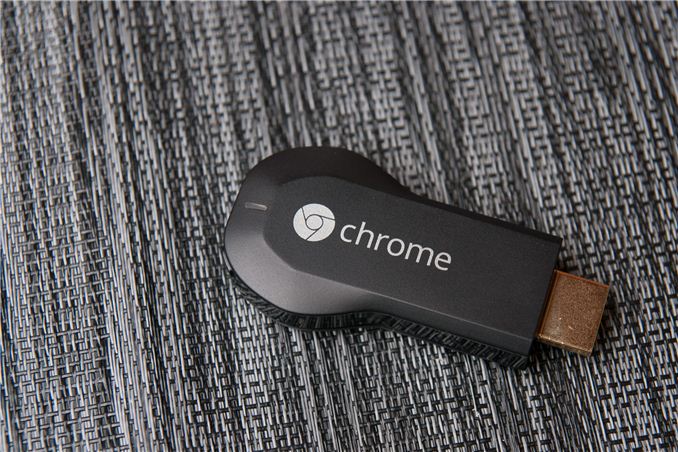 So I have a confession to make – I didn’t hate the Nexus Q. While I didn’t necessarily love it and use it daily like a small minority of my peers did, I also didn’t immediately declare the product an unmitigated disaster like the vast majority of people. The fate of that product was so quickly decided that I hadn’t even begun writing my review when the whole thing was terminated. When I spoke with Googlers about Nexus Q, what was obvious to me was that the Q had begun as an audio-only product that later on had HDMI added, and that tiny bit of context made all the difference in understanding the choices behind it. I left the Nexus Q plugged into my AV Receiver up until the most recent set of Google Play apps killed functionality entirely. 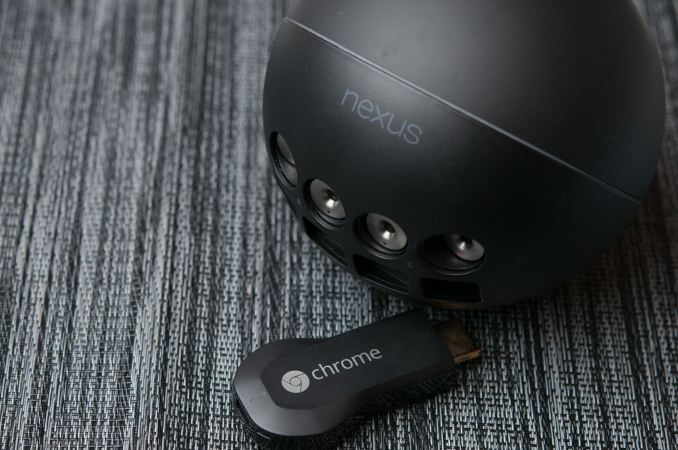 Ultimately the price of the Nexus Q was its undoing ($299), not necessarily its functionality or even its somewhat awkward spherical form factor. The concept was relatively sound – a network-attached appliance that played back movies and music from Google’s servers directly, rather than streaming them from device to device on the same network. The Q ran Android 4.x atop an OMAP4460, literally the same platform as the then-flagship Galaxy Nexus, just sans cellular connectivity, which made it a logical choice. 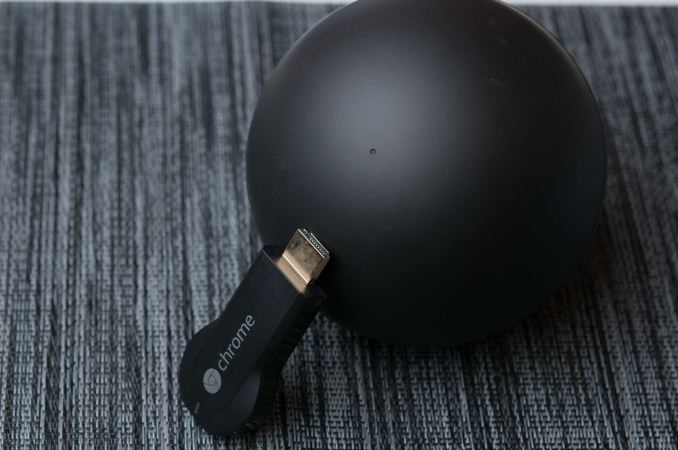 The Nexus Q was killed off before other services could be added, but at a high level the Q’s functionality as a playback device rather than streaming endpoint carried onto its successor, the Chromecast. 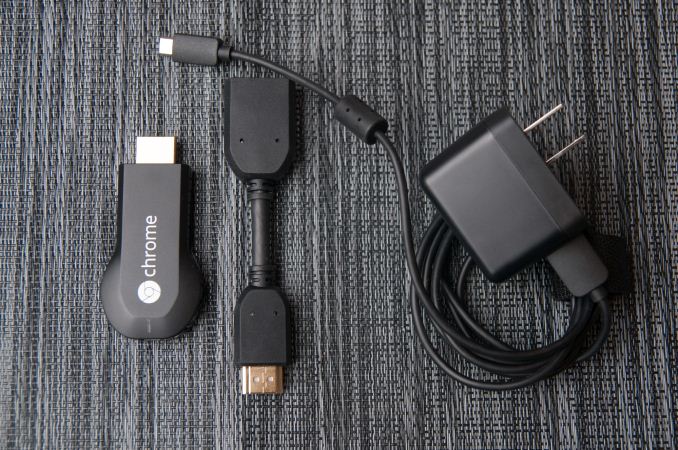 The Chromecast is obviously everything the Q should’ve been. It’s a simple, small, $35 HDMI dongle, powered by USB, that’s designed to discreetly plug into the back of a TV. There’s been much talk about the power requirement of the Chromecast, USB is indeed required for operation, but just about every modern TV has USB ports on the side for attaching mass storage or powering accessories like this. In fact, the Chromecast’s form factor is already a popular one for Android-powered HDMI dongles and Miracast sinks, as well as a variety of other small appliances. I’ve confirmed with Google that MHL-HDMI is not in fact supported by the Chromecast, meaning it can’t be powered by a TV that includes the spec (which can deliver up to 500 mA at 5 V), straight HDMI can only supply 50 mA at 5V. I’ve yet to encounter a TV with MHL-HDMI myself, including on the 55-inch LCD TV I purchased just 3 months ago.

Inside the box for the Chromecast is the device itself, a relatively long microUSB cable, USB power supply, and HDMI extender. Funnily enough the USB power supply appears to be the exact same as the previous generation Motorola USB charger (5V, 850 mA), just with a different exterior – is this the first Motorola product out of Google proper? 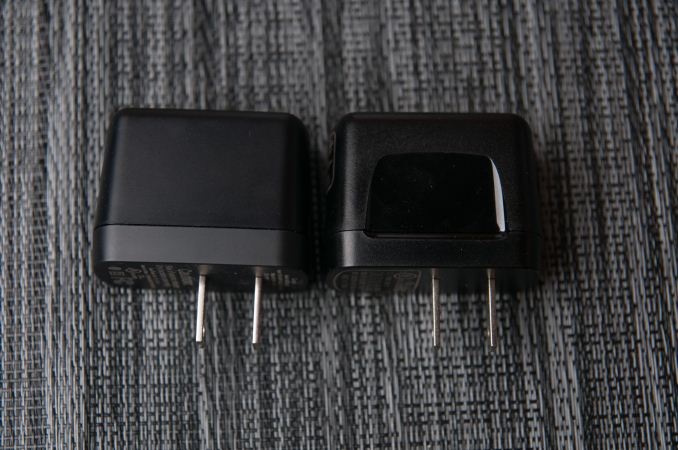 The HDMI extender cable helps get the Chromecast behind a TV if you need to turn it 90 degrees or have an inset port with inadequate clearance like I do on my front-facing HDMI accessory port.

There’s not much to talk about regarding aesthetics of the Chromecast itself, it’s a dongle with a rounded bulge at one end, and HDMI port at the other. There’s a reset button on the side, microUSB port for power, and a status LED on top. On the bottom are regulatory markings. My only complaint about the Chromecast’s design is this status LED, which inexplicably is bright solid white whenever the device is on, making it distracting in a dark living room or bedroom. Nothing electrical tape can’t solve, but an inexplicably poor choice for a media center playback device given that bright LEDs are a known no-no. 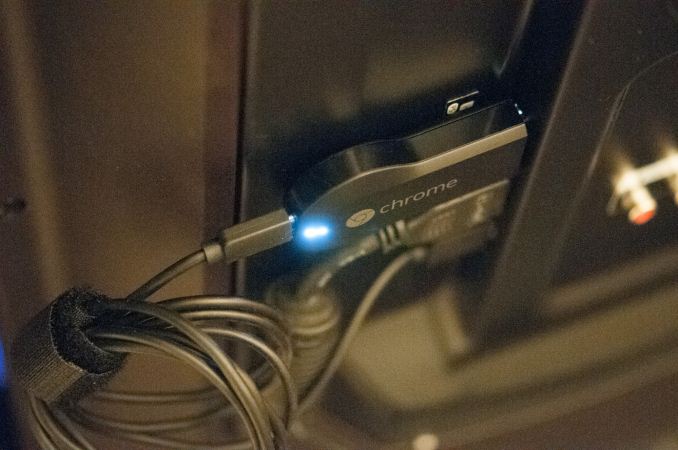 The hardware is what it needs to be – small, simple, and conducive to the low price point. The Nexus Q was a solid bowling ball in comparison, primarily thanks to the analog audio amplifier and hardware it really didn’t need. By keeping unnecessary I/O to a minimum the Chromecast ends up being a nice and small streaming appliance.

Inside the Chromecast and Power
Tweet
PRINT THIS ARTICLE
Comments Locked