If you read my review of the SilverStone Raven RV04 (and you should go back and do so since it's going to be a fairly regular reference point), everything here is going to be very familiar. Assembly of the FT04 is essentially identical, although "features" turn into oddball hiccups here and there. As I said, there's really a lot of unneeded complication in this internal design that makes it unnecessarily difficult to work with. 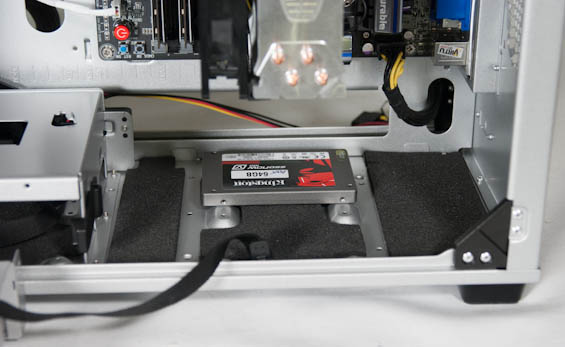 The instruction manual suggests you wire up as much of the case as possible before moving on from this point, and I agree. Installing drives really is the stuff of nightmares, though. You have the remove the top panel of the case to install a 5.25" drive and the power supply; that's not the problem. The problem resides with 3.5" and 2.5" drives. 2.5" drives must still be lined up inside the two bottom cages of the case and screwed into the bottom. That means removing the cage surrounding the mounts, which is held in place with five screws. 3.5" drives can be installed in the bottom cages, but it's almost easier to just remove the primary 3.5" cage and install them in there. 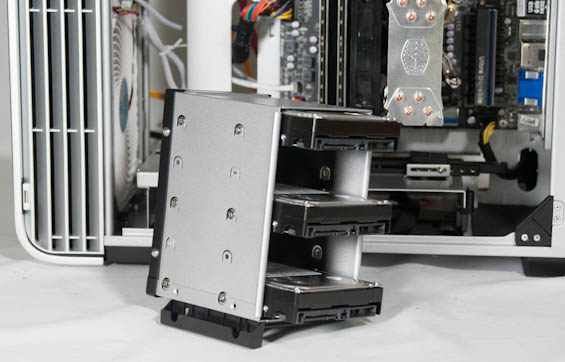 Of course that presents its own set of problems. Drives are screwed into the cage, but the cage itself is held in place with three screws, none of which are particularly easy to remove and replace. There's a thumbscrew that goes into the top and has to be removed with either your fingers or pliers as there isn't clearance for a conventional screwdriver. The two screws that go into the bottom plastic lip of the cage are easy enough to remove but require some doing to replace so you don't drop them into that tray. These are minor nuisances but minor nuisances are really the Achilles' heel of the FT04/RV04 assembly. It didn't need to be this complicated. 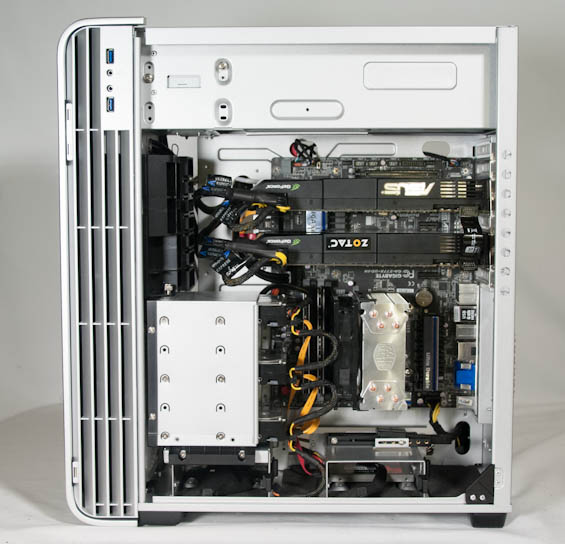 Finally, while the power supply installs easily enough, expansion card installation is again needlessly complicated. And again, it's a small nitpick that is adding up with the rest of them. If you look on the right side of the photo, you can see that the right-hand lip of the case hooks around and there are holes in it to slot a screwdriver through. That's appreciated, but again, I'm not sure it's entirely necessary. Other case designs have gotten on fine with not having the lip extrude so far you'd need to cut holes in it. Now you're working with both hands around this small but vaguely irritating obstruction when the simpler solution would've been to either cut an indentation into that entire area or just allow the lip to simply be shorter than it is.

If it seems like I'm nitpicking the FT04's assembly to death, it's only because these nitpicks accumulate over the course of assembly. I found myself progressively more annoyed with decisions that made no sense to me, when the interior of the case could've been substantially streamlined without losing thermal functionality. I do want to be clear, though: this is the primary drawback of the FT04.