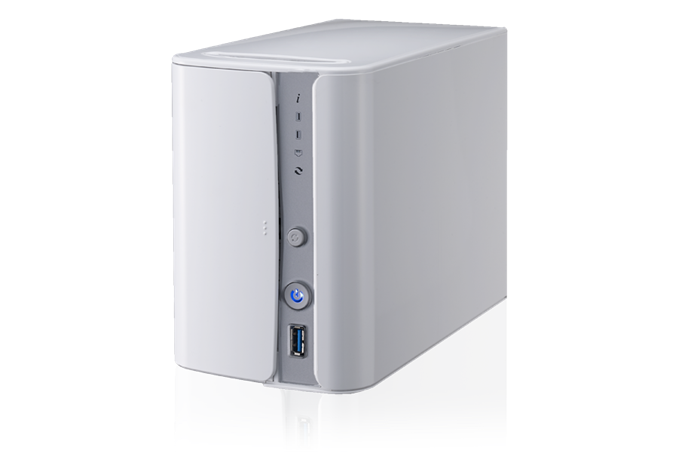 NAS units targeting home consumers have traditionally been underpowered in terms of hardware as well as firmware features. Low power, reduced cost and media-centric features are primary requirements in this area. Intel has traditionally been loath to participate in this market segment, probably due to the obvious lack of high margins. However, the explosive growth potential in the consumer / SOHO NAS market has made Intel rethink its strategy.

The Atom CE5300 series was initially introduced as the Berryville set-top-box platform in March 2012. Almost a year later, the CE5300 series was re-launched in its EvanSport avatar as a storage solution targeting home consumers (in particular, as a media server platform). Asustor, Thecus and Synology were touted as partners building NAS units based on this platform, but only the Thecus units seem to be available in the market right now.

Thecus has four NAS models based on the Intel EvanSport platform. The following table summarizes the features of the four models. The review unit configuration (N2560) is highlighted.

The N2560 is not the first model from Thecus to have been put under the scanner in our labs. The N4800 was also evaluated last year. Performance wise, the N4800 fared very well. However, we never got around to publishing a dedicated review due to severe usability issues with the firmware. Therefore, it was with mixed feelings that we decided to evaluate the N2560. The main attraction, undoubtedly, was the new NAS platform from Intel.

Intel launched the new NAS platform to provide a solution for the NVR, media server and network storage segments. In their message to manufacturers, multiple applications were played up. 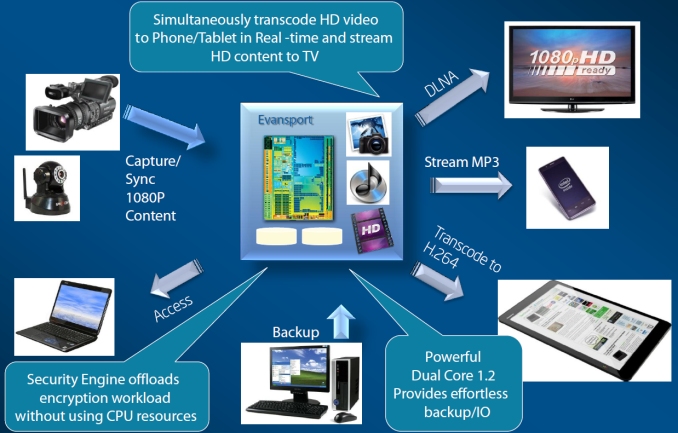 In the course of the review, we will see how Thecus has managed to utilize the above platform. We will talk about the specifics of the EvanSport NAS platform before going into the setup and usage impressions. Single client performance is presented followed by our standard multi-client performance benchmark results. Even though it doesn't make full sense to evaluate how the NAS performs when there are 25 concurrent users, it is only natural to expect the unit to be used by three or four users simultaneously as a media server. In the concluding section, we talk about power consumption, the mobile apps and the media-centric features. Prior to proceeding with these aspects, let us take a look at our testbed infrastructure.

Since the Thecus N2560 happense to be a 2-bay NAS, we used two Western Digital WD4000FYYZ RE drives as the test disks. These disks were configured in RAID-1.

We thank the following companies for helping us out with our NAS testbed: