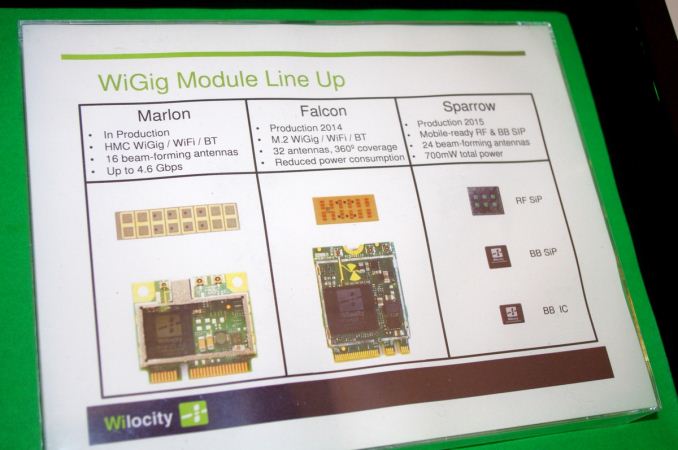 News just dropped through from Wilocity about its new Wil6300 chipset announced at Mobile World Congress.  The Wil6300 chipset is quoted as the world’s first 802.11ad ‘WiGig’ multi-gigabit WiFi chipset for smartphones.  Wilocity are stating a peak speed of 4.6 Gbps over an 802.11ad network, equivalent to 8-antenna based WiFi.  So while 802.11ad can have limited range (10m with no walls) due to the 60 GHz frequency band used, there is scope in home and work user environments for faster in-network data streaming, such as video.

Wilocity has a history of WiGig development – we covered their desktop PC 802.11ad development back at Computex 2012 and sales figures for Wilocity number more than a million since February 2013.  In the mobile space, this new chipset is built on a 28nm process and power use is expected in the 200-300mW range in use.  While idle, power consumption is rated at sub 1mW, and the 700mW total power quoted above is for pure file transfer.

I had a chance to pop by the Wilocity booth at MWC2014.  Its 802.11ad demo was working with devices from their partners, namely a Dell tablet streaming to a box with 2K content and showing file transfer between two 802.11ad enabled tablets: 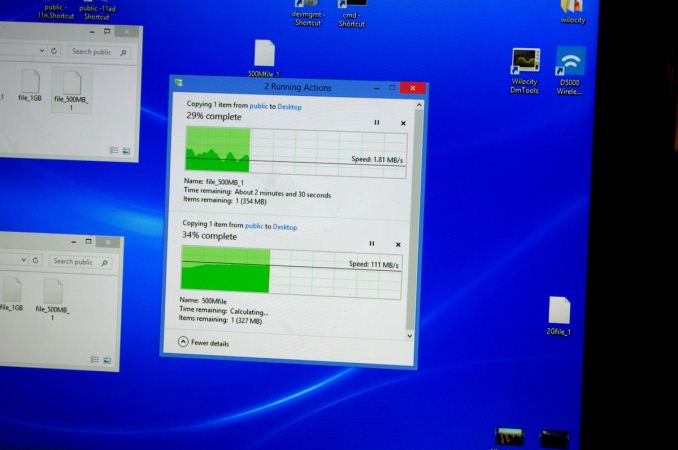 For the mobile phone demonstration, a Samsung phone was retrofitted with Wilocity's 2014 Falcon platform and peak statistics of were being shown: 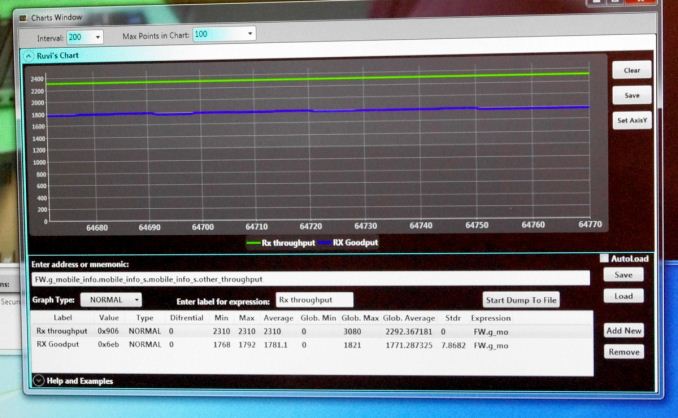 Wilocity’s development cycle puts mobile based 802.11ad in the 2015 space.  They are working with ‘the usual players’ in the market.  The module we were shown implemented 802.11n and 802.11ad in the same device, and I was quoted that with economies of scale the price of the 802.11ad module could be brought down to that of 802.11ac.  Wilocity is also using beamforming to help improve quality at extended ranges, with up to 50 meters being tested and confirmed, albeit at lower speeds.  The main issue is walls, which they are working on.