The OnePlus One Review 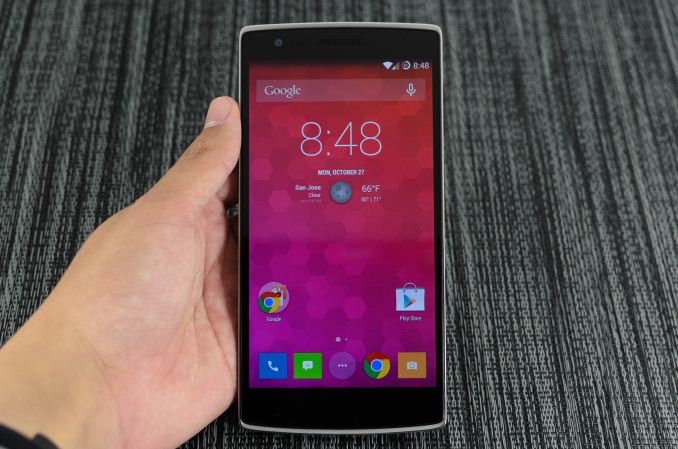 The OnePlus One has been one of the most hyped smartphones of 2014. There's really not much else to be said, as OnePlus' marketing has been quite noticeable amongst Android enthusiasts. The OnePlus One seems to come from nowhere, although there is a noticeable resemblance to the Oppo Find 7A which is produced in the same factory. The OnePlus One is said to be a flagship killer, as its high-end specs come with a mid-range price. The 16GB version starts at 299 USD and the 64GB version starts at 349 USD. With a 5.5" 1080p display, Snapdragon 801 SoC, and plenty of other bits and pieces to go around, the specs are certainly enough to make it into a flagship phone. Of course, the real question is whether it really is. After all, while specs provide the foundation, what makes a phone bad, good, or great has to do with the entire phone, not just the spec sheet. At any rate, I've attached this spec sheet below to give an idea of what to expect from the phone.

Needless to say, the OnePlus One is a close cousin of the Find 7a, and its specs are top notch. There's a great foundation, so we'll move on with some initial hardware impressions. 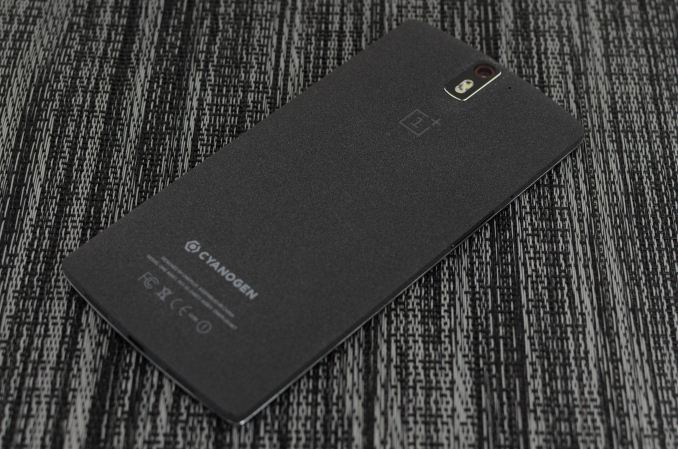 Of course, the first part to look at is industrial and material design, along with any other immediate observations about the phone. From the front, the phone is almost a pure expanse of black glass. There are outlines for the capacitive keys, but these are quite faint most of the time. The contrast of the silver plastic ring only emphasizes this, and the lack of logos helps to make the design stand out by virtue of its minimalism. Picking it up, the feel of the sandstone black finish is incredibly unique and unlike anything I've ever felt. The finish has been described as soft sandpaper, and that's a description I'd agree with. It makes the phone feel much grippier than one might expect. The back cover is also strong, with no real give and no flex. Other than a few logos, the only significant design elements on the back are the camera, dual LED flash, and a hole for the microphone. The front of the phone has surprisingly great attention to detail as well. The silver plastic piece on the front of the phone makes the finger smoothly roll off of the display when swiping around, and the imperceptible feel of the earpiece helps to contribute to the sense that this is a single, well-built phone. 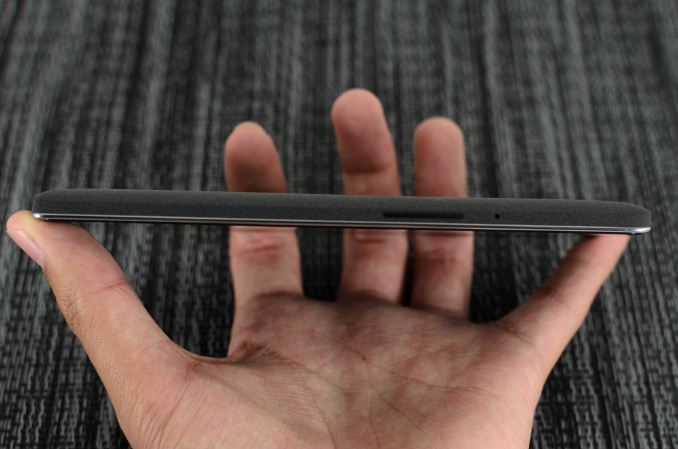 On the sides, the minimalistic theme continues. There's only a power button on the right side, a headphone jack and microphone port on the top, and a volume rocker on the left side. The SIM tray is also on the left side, and on the bottom of the phone we see two speakers, a USB port, and a microphone hole. In general, the feel of the power and volume buttons are great, with no slack and a clean, if subdued click upon activation. 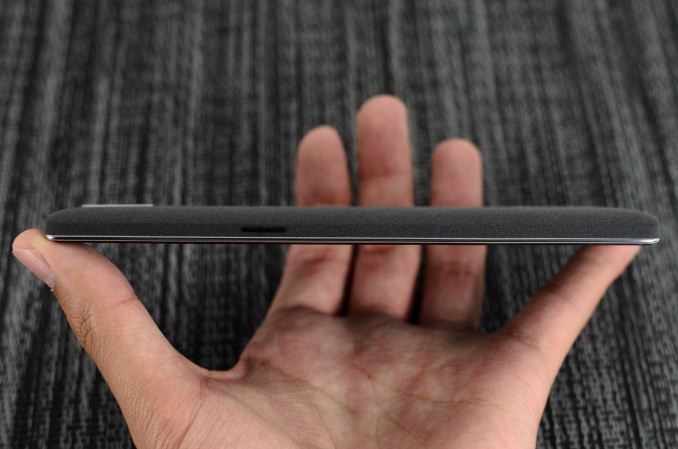 Needless to say, OnePlus has done a fantastic job. However, there are a few issues to talk about. First, the size is definitely too much to handle. If the LG G3 was at the very edge between a phone and phablet, the OnePlus One firmly steps into phablet territory. At some point a line in the sand has to be drawn, and it only makes sense to do so here. The angular corners of the OnePlus One combined with its larger footprint makes for a phone that is almost impossible to comfortably use with one hand. I can't help but feel that this would've been a far more impressive phone if shrunk to a 5" display size, as in my experience it takes two hands to comfortably use this phone. The other issue is much more subtle though. For some reason or another, the glass lens covering the display of the phone feels as if it has noticeably higher friction than other phones I've used. It almost feels as if the oleophobic treatment of the glass is either missing or thinner than most. Of course, overall the phone is great from a basic design perspective. The size seems to be a matter of OnePlus' start-up position and the need to share parts with the Find 7a, although the feel of the glass is unlikely to be an issue for most.