Back in 2011 (which seems like so long ago now!), we introduced our AnandTech Storage Bench, a suite of benchmarks that took traces of real OS/application usage and played them back in a repeatable manner. The MOASB, officially called AnandTech Storage Bench 2011 – Heavy Workload, mainly focuses on peak IO performance and basic garbage collection routines. There is a lot of downloading and application installing that happens during the course of this test. Our thinking was that it's during application installs, file copies, downloading and multitasking with all of this that you can really notice performance differences between drives. The full description of the Heavy test can be found here, while the Light workload details are here. 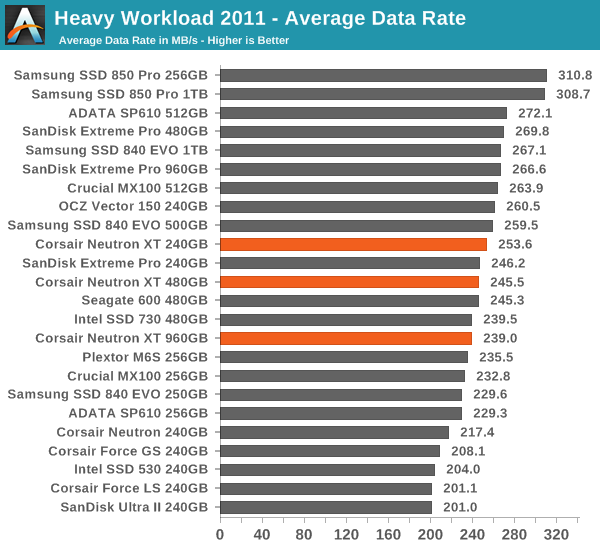 The same story continues in our 2011 Storage Benches. The Neutron XT is an upgrade – and actually a fairly substantial one – from the Force LS, but it doesn't break any records. Also, what's a bit surprising is that the performance drops as the capacity increases because the 240GB is the fastest of the Neutron XT family. This isn't uncommon because the larger capacities have more LBAs to track, which requires more processing power for internal tasks, but it's still something that's worth noting. 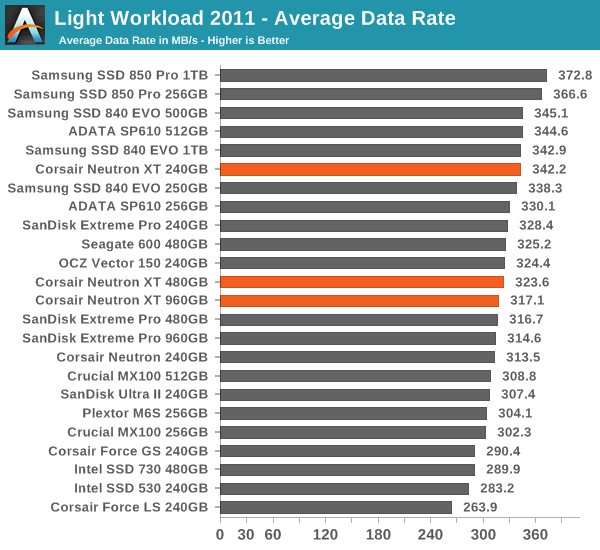