Aesthetically, the Dark Power Pro 10 stands out from the crowd. The design of both the 650W and the 850W units that we received is nearly identical, with the only noteworthy difference being the depth of the chassis – the 850W version is 190mm deep, making it 10mm longer than the 650W version. Much like the Power Zone CM PSU that we reviewed a while ago, the fan guard is not a typical circular grill but an array of parallel wires. The main visual difference is that the Power Zone CM did not have decorative stickers covering the sides of the chassis. 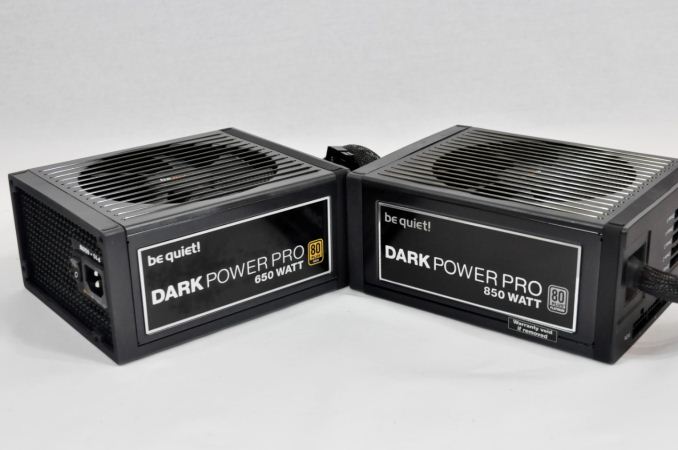 There is a plastic frame at the back of the unit, adding a spacing between the case and the PSU for vibration absorption purposes. A rubber strip surrounds the front of the unit for the same reason. be quiet! installed an aluminum plate cover at the front of the unit, with a flexible rubber gasket covering the square hole of the only cable hardwired to the body of the unit. The sticker with the electrical specifications is on the top side of the chassis.

These enhancements however add bulk, making the 850W version of the Dark Power Pro 10 180mm deep, significantly deeper than a typical ATX PSU. The plastic frame at the front of the unit also pushes the opening of the cooling fan slightly backwards, even if only slightly. This could lead to the partial blocking of the opening by the case if the intake opening of the PSU compartment is not large enough, as many low-cost cases has openings barely large enough for the 120mm fan of an ATX-compliant (140mm) chassis. Users should ensure that their case can accommodate a PSU this long before buying.

Although both units are nearly identical visually, the 650W and 850W versions of the Dark Power Pro 10 are entirely different on the inside. That is true even for the cooling fan. Both units are using be quiet!'s own SilentWings P10 fans, but the T13525-HF18 and the T13525-XF20 are installed in the 650W and the 850W versions, respectively. Both fans utilize a fluid dynamic bearing, the same number of blades, and the same ribbed SilentWings fan design. The main difference is in their maximum current draw and, by extention, their maximum fan speed, though the difference is only 200RPM. 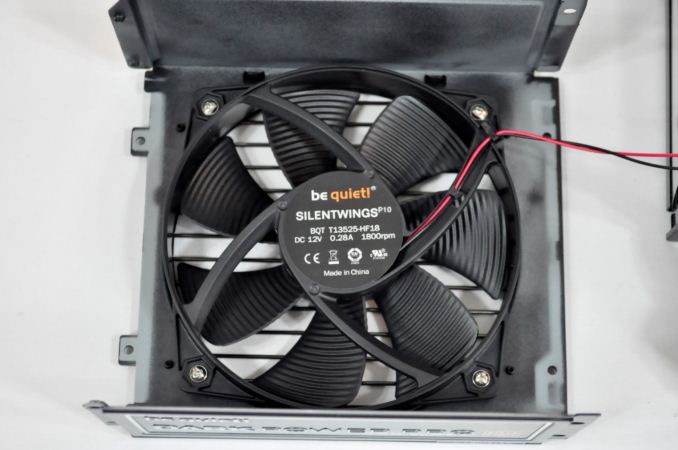 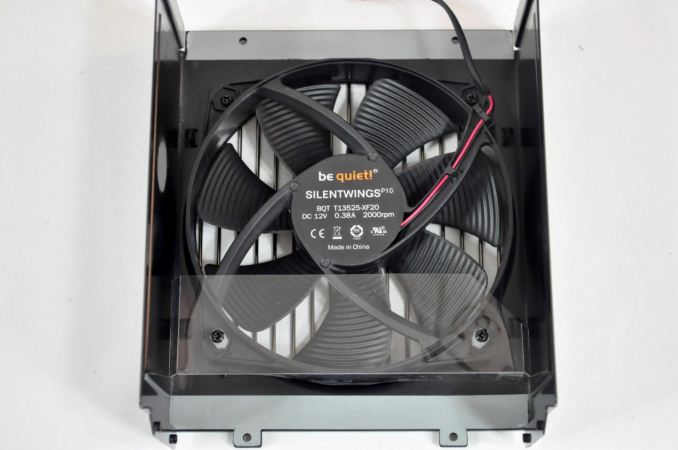 The Dark Power Pro 10 650W unit is based on an FSP (Fortron-Source) design. FSP is an OEM known for their good mainstream units but they are not really a supplier most companies prefer to use for their flagship series. be quiet! used the same OEM for their Power Zone CM series and that did not turn out so well. The Dark Power Pro 10 650W unit however is based on a more modern and efficient design. We found an acceptable filtering stage, comprised of four Y capacitors, two X capacitors, two filtering inductors, and a metal oxide varistor (MOV).

The presence of the MOV was a bit of a surprise – MOV's are commonly used for surge suppression but FSP rarely installs them into their units, declaring that the APFC stage is sufficient for this task. Two Matsushita 270μF/450V capacitors are present in the APFC stage, while the secondary capacitors are supplied by Nippon Chemi-Con and Rubycon (electrolytics), and CapXon (polymer).

From a technology perspective, the Dark Power Pro 10 650W unit is not very complex, with two transistors forming a half-bridge inversion stage and four transistors the secondary stage conversion stage, generating the 12V DC line. The 3.3V and 5V lines are derived from DC-to-DC conversion circuits present on the vertical daughterboard.

The 850W version is an entirely different story (and design). It is the only unit of the series with a core design coming from Seasonic, with be quiet! performing some modifications to match the features and visual appearance of the Dark Power Pro 10 series. The main modifications are the insertion of the OCK capability, the hardwiring of the 24-pin ATX cable, and the replacement of the fan.

Four transistors form a full-bridge LLC primary inversion stage. The secondary conversion transistors are not mounted on the silver heatsinks but on the rear of the main PCB, partially cooled by indirect conduction via the PCB to the silver heatsinks and by the chassis itself acting as a huge heatsink for their cooling. Again, the 3.3V and 5V lines are derived from DC-to-DC conversion circuits, which this time are present on the PCB with the modular connectors. The PCI Express connectors are not present on this PCB and are installed on the main PCB, reducing the power that needs to be transferred between the main and secondary PCBs.