The only thing that truly differentiates the Rosewill Photon from any other black PSU is the fan finger guard, which is not a separate part but an elongated honeycomb pattern punched on the steel chassis itself. Other than that, the series logo is printed on the right side of the chassis making it visible from a windowed side panel only if the PSU is installed with its fan facing upwards. There is absolutely nothing on the left side of the unit; the spectator will see only a plain, matte black surface from the side of a case if the unit is installed with its fan facing downwards. The sticker with the specifications of the PSU is found at the top side of the chassis. 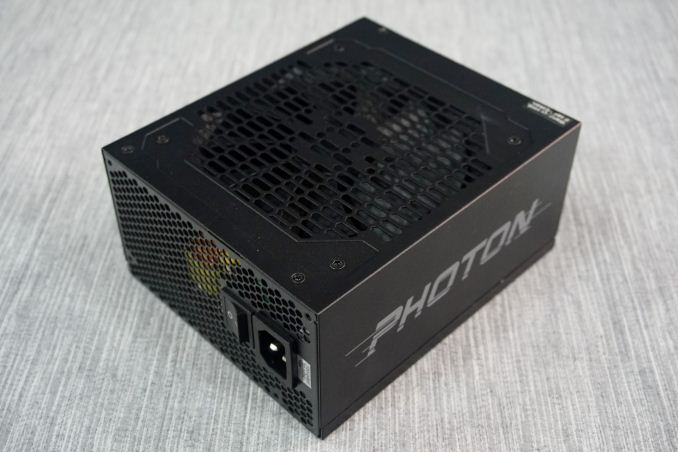 Only the numerous connectors for the modular cables can be seen at the front of the chassis, with a basic printed legend indicating which connector corresponds to each cable. The CPU and PCI Express cables share the same connectors, while the split 10-14 pin connector is for the 24-pin ATX cable and the smaller connectors are for SATA/Molex cables.

A black 135mm fan from Globe is responsible for the cooling of the Photon 1050W. The B1352512H is a ball bearing fan with a maximum speed of 1500RPM, meaning that it can get significantly loud if the unit is heavily stressed. Of course, a thermal control circuitry adjusts the speed of the fan according to the load and the temperature of the unit, so we will examine how it truly behaves during our testing. 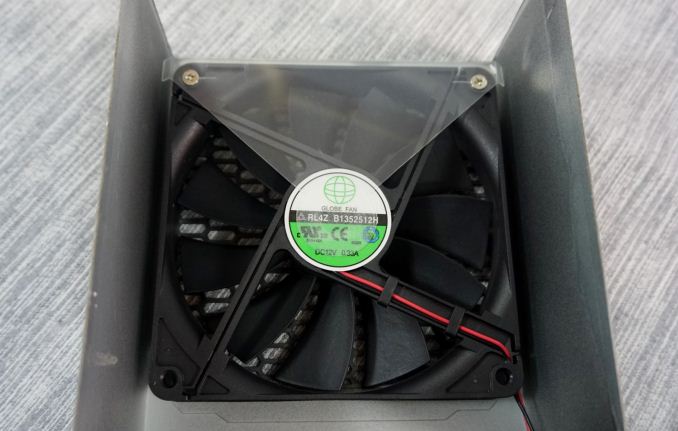 A look inside the Rosewill Photon 1050W instantly reveals that the OEM behind this unit is Sirfa, This is the same company who owns High Power as their own retail brand. Sirfa is not a bad OEM at all but it is not yet highly reputable among enthusiasts, mostly due to a few not-so-good low-cost designs they supplied through Sirtec in the past. The filtering stage is textbook, with four Y capacitors, two X capacitors and two filtering inductors. We also found a transient suppression diode and a classic fuse. There are two main rectifying bridges, sandwiched on a small, dedicated heatsink. Two large Nippon Chemi-Con 400V/390μF capacitors can be seen in the PFC stage, alongside an equally large filtering inductor. Two low resistance power transistors by Infineon form a half-bridge primary inversion stage, while eight transistors by the same company create the secondary conversion stage and generate the 12V output. 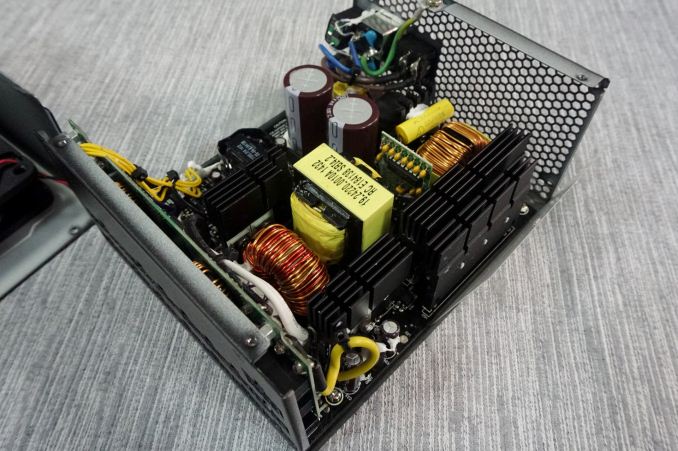 Quality wise, the Photon 1050W ranks above average, but it is not perfect. The quality of the components is outstanding; all of the main components come from reputable manufacturers - the electrolytic capacitors are all from Nippon Chemi-Con and the polymer capacitors are supplied by Fujitsu Electronics. Sirfa could improve their design and assembly quality a little though -  the design is a little messy and there are several joints amateurishly soldered. These will not be a problem but they are also not something enthusiasts like to see in products that are supposed to compete in the high-end segment of the market.