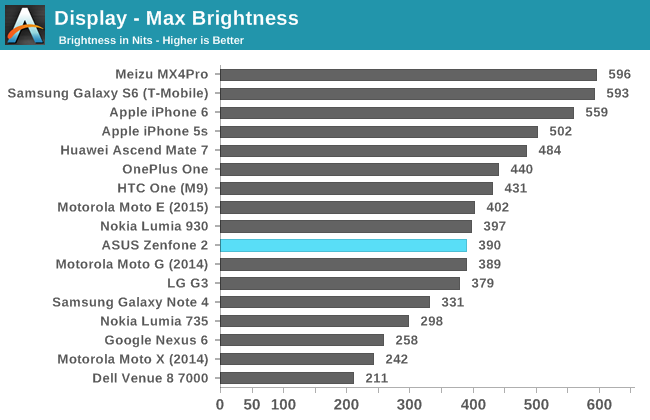 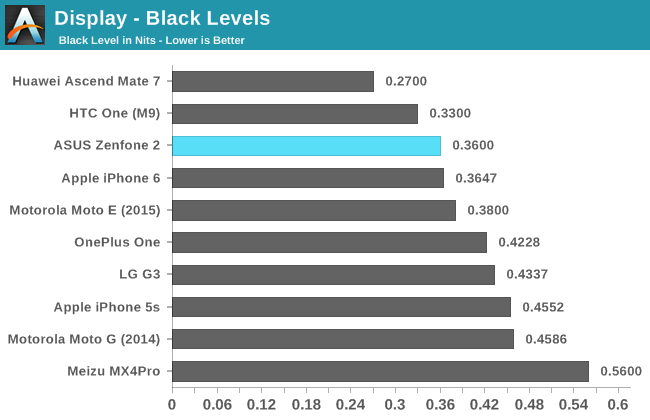 The ZenFone 2 appears to be off to a good start. Black levels are very low among our LCDs, and the max brightness is somewhat low but not terrible by any means. I never had any issues when using the ZenFone 2 outside, although it was definitely not as comfortable as the Galaxy S6. 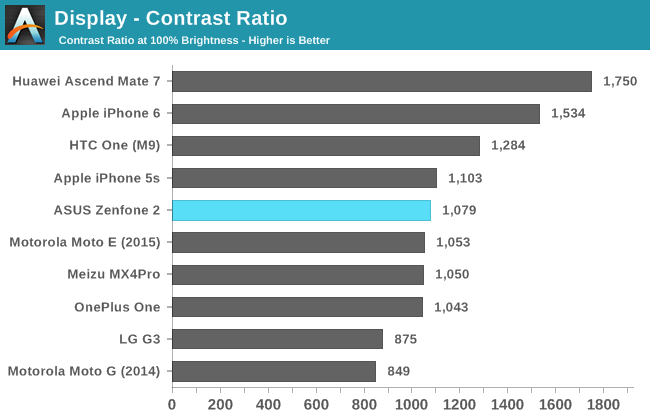 The slightly low max brightness and above average black level results put the ZenFone 2 right in the middle of our LCD devices when it comes to contrast ratio.

Unfortunately, these numbers are somewhat misleading. This is because the ZenFone 2 makes extremely heavy use of dynamic contrast and contect adaptive backlighting. I have never used another device with such dramatic shifts in backlight power. The best example I've found is when switching from an all black to all white screen at max brightness. While this is obviously an extreme case, it illustrates the behavior that is occuring very well. At the moment you switch to white, the brightness of the display is around 170 nits. Over the next few seconds, that brightness rapidly increases to the 390 nits you see in the results above. This is an enormous jump in brightness, and it's very easy to see with your own eyes.

One last thing I'd like to note about the brightness is that the 100% setting on the built in brightness slider is not actually the max brightness that the display is capable of. The max you can achieve using the slider in the Settings app is 319 nits, which is around 82% of the 390 nit result you can get using applications like Brightness Adjuster from Google Play. 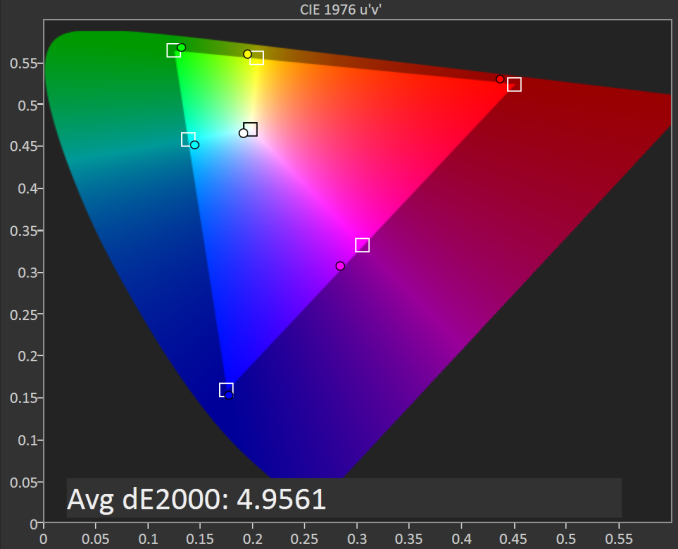 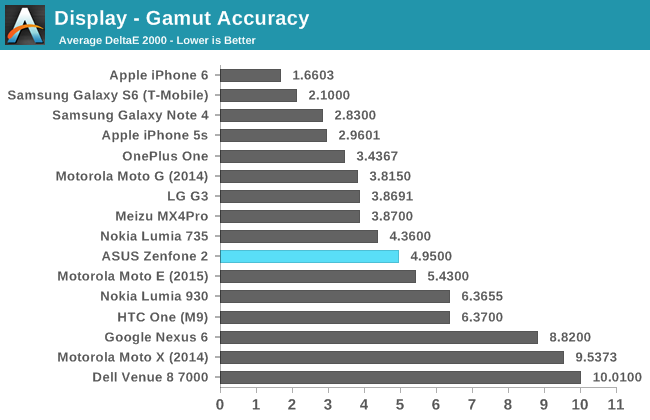 The gamut results are unfortunately not as good as what we've seen from the latest generation of smartphones. The DeltaE for red, blue, and magenta are all just over three, while the remaining three colors are around five. The high error in white also contributes to the higher than optimal overall error.

The complete review of the ZenFone 2 should be posted in the near future, and it will include the remainder of our display workflow. The heavy use of CABC and dynamic contrast has a large impact on the display's performance in some of our tests, and so I'll also be elaborating on where and why that occurs, and what it means for the user. For anyone who really wants to order the ZenFone 2 now, I'll conclude by saying that it's definitely not perfect, but it's still a good display. I think it's by far the nicest one you'll find on a phone that starts at $199 purely because of its resolution.