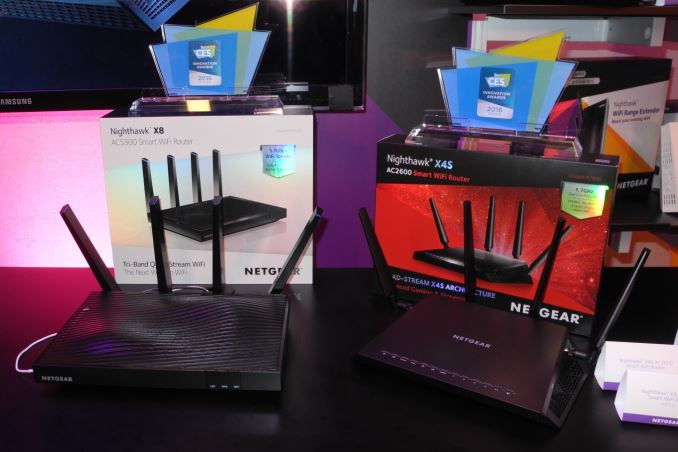 Netgear's flagship router - the Nighthawk X8 (R8500) - was launched in October. At CES, Netgear took the opportunity to upgrade the Nighthawk X4 line. Interestingly, the original X4 - the R7500 - was launched with Quantenna radios and a Qualcomm IPQ SoC, and promised MU-MIMO support in a future firmware update. However, Netgear decided to enable MU-MIMO only with a hardware upgrade - the R7500 v2 with full MU-MIMO support became an all-Qualcomm Atheros affair. The R7500 v2 is being replaced by the Nighthawk X4S at the same price point.

The Nighthawk X4S (R7800) comes with an IPQ8065 dual-core SoC at 1.7GHz and the QCA9984 radio. Unlike the AC2400-class routers introduced towards the middle of last year, this 4x4 design supports 160 MHz (either contiguous or 80MHz + 80 MHz) and MU-MIMO out of the box. Client support is needed in order to take full advantage of both these features. The router has a MSRP of $270 and is available now. 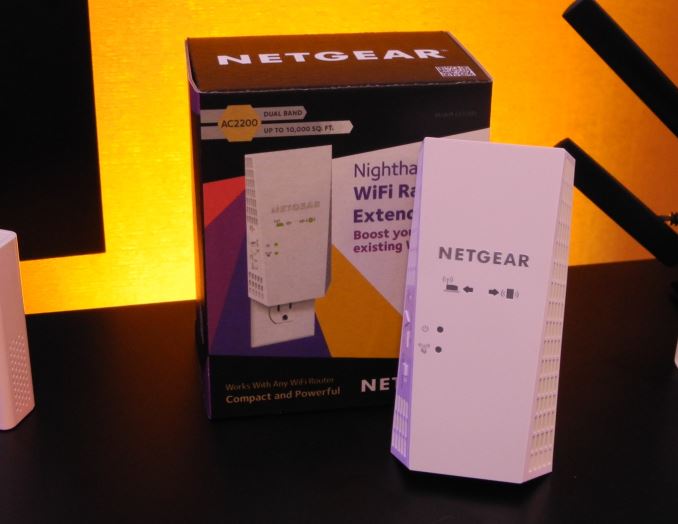 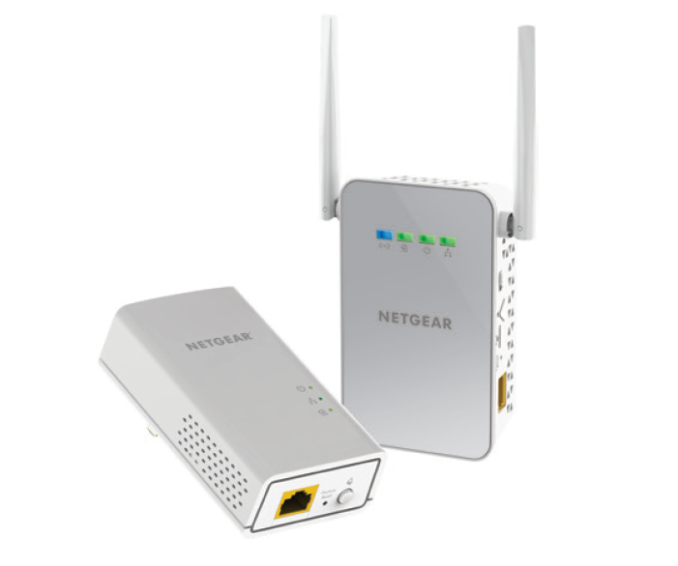 On the PLC side, Netgear has introduced the PLW1000, which combines powerline technology with Wi-Fi. Based on the HomePlug AV2 standard, this adapter can support up to 1 Gbps of theoretical throughput. In addition, the PLW1000 also creates a Wi-Fi hotspot at the place of installation. While not explicitly specified, we believe this is a 1x1 configuration for both 2.4 GHz and 5 GHz bands. It is marketed as a 802.11ac access point. The PLW1000 is priced at $120 and is available now. 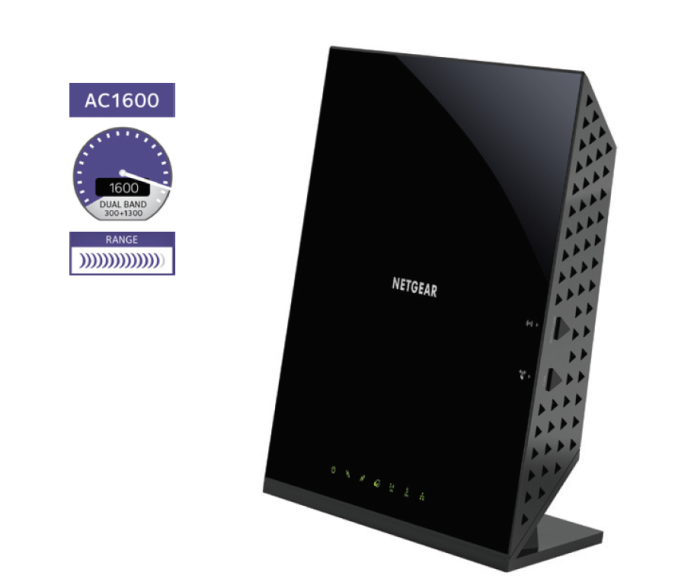 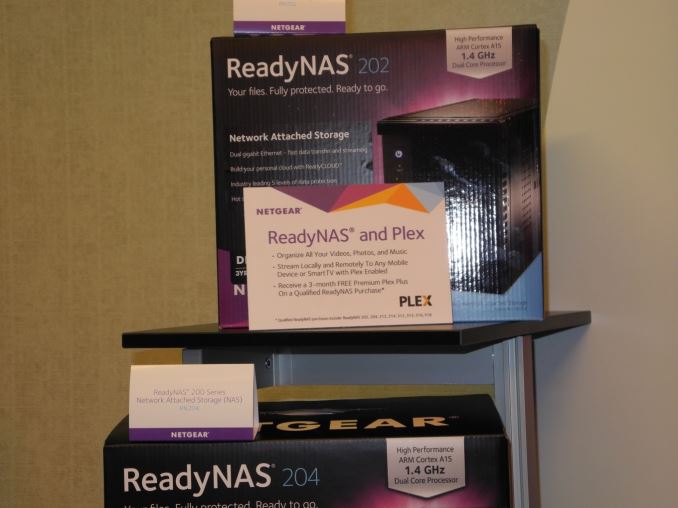